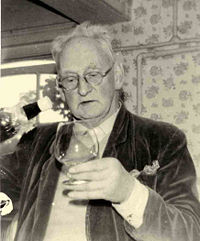 Alexander Sutherland Neill (October 17, 1883 - September 23, 1973) was a Scottish progressive educator, author, and founder of Summerhill School. He is best known as an advocate of personal freedom for children, and has been correspondingly criticized as an instigator of permissiveness. Neill deeply trusted in the ability of the student to direct his or her own learning. He promoted the idea that this natural ability was nurtured in freedom. In 1921 he created Summerhill School as an experiment in free learning. The success of this school and Neill's writings about his experiences at Summerhill profoundly influenced and motivated the Free school movement of the 1960s and 1970s.

Neill has been criticized for excessive idealism and even moral indifference. His methods, some argue, do not inculcate positive values. Yet for students to govern themselves requires of them considerable moral responsibility. For students to determine their own learning gives them ownership over their learning. The success of Summerhill suggests that when Neill's methods are properly employed, teachers rise to an exceptional level of caring and involvement in the lives of their students. More than an instructor, a teacher's role becomes that of a parent. Indeed, by defining a new approach to parenting, the influence of Neill's writings spread far beyond education.

Did you know?
Scottish educator A. S. Neill founded Summerhill School as an experiment in free learning

Neill was born in Forfar, Scotland, the son of a schoolteacher. His early education began in his father's one-room, five-class village school. When Neill was 14, he worked as an office boy in a factory but because he became so lonely and homesick, he returned home. Next, he worked as an assistant in a dry goods shop for a short time until he became a pupil-teacher in his father’s school for the next four years. The following three years, Neill had a difficult teaching job followed by two easier and happier years at another school.

When Neill was 25, he became a student of agriculture at Edinburgh University. He passed the first year even though he understood little of the lectures. He changed his major to English and received his master’s degree in 1912. He then tried some work in journalism and did some editorial work for an encyclopedia.

As World War I began, Neill became headmaster for a school in Scotland that prepared students for work on farms and in domestic service. During this time, he decided that conventional education was oppressive and useless. During this period, his growing discontent could be traced in notes that he later published. In these notes, he described himself as "just enough of a Nietzschian to protest against teaching children to be meek and lowly" and wrote (in A Dominie's Log) that he was "trying to form minds that will question and destroy and rebuild."

Neill was married twice; his second wife, Ena Wood Neill, was an administrator at Summerhill School with him for many decades until their daughter, Zoe Readhead, took over as headmistress.

Neill was an admirer and close friend of psychoanalytical innovator Wilhelm Reich and a student of Freudian psychoanalysis. Neill was strongly opposed to sexual repression and the imposition of the strict Victorian values of his childhood era. Reflecting the Freudian influence he said that to be anti-sex was to be anti-life.

Neill also corresponded with Bertrand Russell, whose own self-founded Beacon Hill School in England (one of several schools bearing this name) is often compared with Summerhill. Russell was supportive of Neill's work.

Neill believed that the happiness of the child was of paramount consideration in the child's upbringing and that this happiness grew from a sense of personal freedom in the child. He felt that deprivation of this sense of freedom during childhood and all the consequent unhappiness experienced by the repressed child was responsible for most of the psychological disorders of adulthood. This idea was controversial at the time. While not nearly universally accepted, the concept has gained other advocates, such as some in the "unschooling" movement.

Neill's educational philosophy can be summed up in ten principles[1]:

Neill founded Summerhill School on the basis that children should not be compelled to attend lessons. In addition to this novel attendance policy, the school is based on democratic principles. Meetings are held to determine school rules and pupils have equal voting rights with school staff.

Neill felt that the Summerhill School showed that, free from the coercion of traditional schooling, students responded with their own motivation rather than self-indulgence. He felt that children who attended Summerhill were likely to emerge with a healthy and mature skepticism towards adult society.

These tendencies were perhaps all the more remarkable considering that the children accepted by Summerhill were often from problematic backgrounds, where parental conflict or neglect had resulted in children arriving in a particularly unhappy state of mind.

As headmaster of Summerhill, Neill taught classes in algebra, geometry, and metalworking. He often said that he admired those who were skilled craftsmen more than those whose skills were purely intellectual.

Although attendance in Neill's classes was optional, the classes themselves were rigorous. He also had special "private lessons" with students, which included discussions of personal issues and amounted to a form of psychotherapy. He later abandoned these "PLs," finding that children who did not have PLs were still cured of delinquent behavior; he therefore concluded that freedom was the cure, not psychotherapy.

During his teaching career he wrote dozens of books, including the "Dominie" (Scottish word for teacher) series, beginning with A Dominie's Log (1916). His most influential book was Summerhill: A Radical Approach to Child Learning (1960) which created a storm in American educational circles. He also wrote humorous books for children, like The Last Man Alive (1939). His last work was his autobiography, Neill, Neill, Orange Peel! (1973). 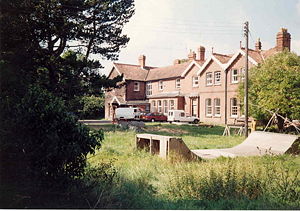 Neill founded Summerhill School in 1921 in Hellerau near Dresden, Germany. Today it is a boarding and day school currently located in Leiston, Suffolk, England, serving primary and secondary education in a democratic fashion. Following Neill's retirement it continued to be run by Neill's daughter, Zoe Readhead. The main goals of Summerhill are:

Summerhill is noted for its philosophy that children learn best with freedom from coercion. All lessons are optional, and pupils are free to choose what to do with their time. Neill founded Summerhill with the belief that "the function of a child is to live his own life—not the life that his anxious parents think he should live, not a life according to the purpose of an educator who thinks he knows best."

In addition to taking control of their own time, pupils can participate in the self-governing community of the school. School meetings are held four times a week, where pupils and staff alike have an equal voice in the decisions that affect their day-to-day lives, discussing issues and creating or changing school laws. Meetings are also an opportunity for the community to vote on a course of action for unresolved conflicts, such as a punishment for bullying.

It is upon these major principles, namely, democracy, and equality, that Summerhill School operates.

Summerhill has had a less than perfect relationship with the British government, and is still the most inspected school in the country. During the 1990s, it was inspected nine times. In March of 1999, following a major inspection from the Office for Standards in Education (OFSTED), the then-secretary of state for education and employment, David Blunkett, issued the school with a notice of complaint, which took issue with the school's policy of non-compulsory lessons. Failure to comply with such a notice within six months usually leads to closure. However, Summerhill chose to contest the notice in court. The case went before a special educational tribunal in March 2000. Four days into the hearing, the government's case collapsed, and a settlement was agreed upon. The pupils who were attending the hearing that day took over the courtroom and held a school meeting to debate whether to accept the settlement, eventually voting unanimously to do so.

Many accused Neill of naivety and unrealistic idealism, or moral indifference. Neill was also roundly criticized for bringing notions of Freudian repression into an educational setting.

According to Neill, the aim of education is to feel joy and find happiness. Other educators disagreed because even though doing fun things has been the desire of people throughout the ages, it is not the main goal of education. Education is not necessarily viewed as the means to guarantee happiness but rather education is what enables one to be equipped with the necessary knowledge to make decisions in that quest for happiness and the expertise to make things happen. Some progressive teachers may agree that when the child is young it is good not to impose any formal teaching. The fact that Neill believed in never requiring learning is one sided since this view fails to teach a child to think and act in an orderly, disciplined manner.

Neill taught that the school should fit the child. However, critics have said that this concept deceives the child into thinking that life will adapt to him or her. Additionally, critics have argued that providing an environment that encourages the child to have no fear is very unrealistic and dangerous both physically and emotionally, arguing that to function effectively in the natural and social worlds the child must learn norms of behavior:

I know of no research which indicates that encouraging uninhabited sexual activity in childhood does anything to produce a sexually decent and happy adult. Neither does indiscriminate sexual experimentation at an early age impel the individual in later life toward an avoidance of sexual immorality. What the unkempt and sometimes terrifying generation of tomorrow quite obviously needs are more inhibitions, not fewer.[2]

Neill's notions of freedom in education, considered controversial in their time, influenced many of the progressive educators that came after him, notably John Holt, who spearheaded the "unschooling" movement popular among homeschoolers.

Even though Neill's effect on the educational systems throughout the world has varied according to the particular time period and country, it has been said that Neill's greatest influence has been on the thinking of parents. His views on childrearing caused parents to reflect with care and concern about their children's upbringing. The fact that, by 1970, two million copies of his book, Summerhill, were sold, indicates that many people outside the educational field took an interest in his ideas. Neill either reinforced or provided authoritative confirmation for values and beliefs formulated by parents. In spite of the scrutiny toward Neill's practices, it is clear that he influenced a significant number of parents to evaluate and define the way they brought up their children.[3]