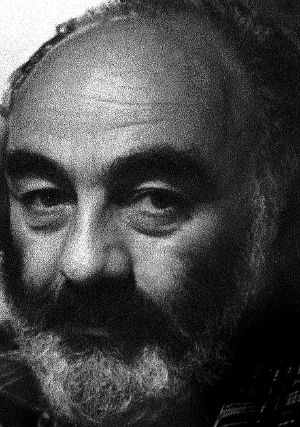 Sergey Paradzhanov (Sargis Hovsepi Parajanyan; Georgian: სერგეი (სერგო) ფარაჯანოვი; Russian: Сергей Иосифович Параджанов Sergej Iosifovich Paradzhanov; also spelled Parajanov or Paradjanov) (January 9, 1924 – July 20, 1990) was a Soviet film director. He invented his own unparalleled cinematic style having taken inspiration from early works of Andrei Tarkovsky and Pier Paolo Pasolini. His oeuvre is extremely poetic, artistic and visionary and is acclaimed worldwide. However, it did not fit with principal rules of Socialist realism (the official policy toward art in USSR). Due to his controversial artistic vision and personal escapades, cinema authorities regularly denied him permission to make films.

Although he started professional film-making in 1954, he later disowned all of his pre-1964 works as "garbage." After directing Shadows of Forgotten Ancestors (renamed Wild Horses of Fire for most foreign distributions) Paradzhanov had become something of an international celebrity and simultaneously a target for Soviet oppression. Nearly all of his film projects and plans from 1965-1973 were banned, scrapped or closed by the Soviet film administration, both the local administration (in Kiev and Yerevan) as well as the federal film administration (the Goskino).

He was born to artistically-gifted Armenian parents Iosif Paradjanyan and Siranush Bejanyan, in Tbilisi, Georgia. His childhood was filled with beauty and was blessed with having access to art from early age. In 1945, Paradzhanov traveled to Moscow, enrolled in the directing department at VGIK, one of the oldest and highly respected film schools of Europe, and studied under the tutelage of directors Igor Savchenko and Oleksandr Dovzhenko.

In 1950 Parajanov married his first wife, Nigyar Kerimova in Moscow. She came from a Muslim Tatar family and converted to Eastern Orthodox Christianity to marry Paradzhanov, to terrible consequences: she was later murdered by her relatives in retaliation for her conversion. As a result of this tragic event Paradzhanov left Russia for Kiev, Ukraine. There he produced several documentaries (Dumka, Golden Hands, Natalia Uzhvy) and a handful of narrative films based on Ukrainian and Moldovan folktales, such as Andriesh, Ukrainian Rhapsody, and Flower on the Stone. He learned and became fluent in Ukrainian, and remarried, this time to the Ukranian Svetlana Ivanovna Sherbatiuk in 1956. She gave birth to a son, Suren, in 1958.

In 1964 he directed Shadows of Forgotten Ancestors, which won numerous international awards including the prestigious BAFTA award given by the British Academy of Film and Television Arts. Despite the numerous awards it received and its frequent comparison with Sergei Eisenstein's The Battleship Potemkin, Paradzhanov's Shadows of Forgotten Ancestors did not conform to the strict standards of the Soviet board of censors. Unwilling to alter his film, Parajanov was quickly blacklisted. However, this film proved that Paradzhanov was a man of unique artistic vision.

Paradzhanov departed Kiev shortly afterwards for his cultural motherland of Armenia. In 1968, Paradzhanov embarked on Sayat Nova, a film which many consider to be his crowning achievement. Soviet censors intervened once again and immediately banned Sayat Nova for its allegedly inflammatory content. Paradzhanov re-edited his footage and renamed the film, The Color of Pomegranates. It remains his best-known and the most emblematic film. There has never been a film where soul and high art blend together like in Color of Pomegranates and no film has had such sublime magic like this one. It best justifies critic Alexei Korotyukov's remark: "Paradjanov made films not about how things are, but how they would have been had he been God."

By December 1973, Soviet authorities grew increasingly suspicious of Paradzhanov's perceived subversive proclivities. He was arrested on charges of homosexuality and icon-smuggling. He was sentenced to five years in a hard labor camp. He would remain imprisoned despite plethora of pleas for pardon from various esteemed artists.

This was an eclectic group of artists, filmmakers and activists who protested on his behalf, but to little avail. Among them were Yves Saint Laurent, Francoise Sagan, Jean Luc Godard, Francois Truffaut, Luis Buñuel, Federico Fellini, Michelangelo Antonioni, and Andrei Tarkovsky. Paradzhanov served four years out of his five year sentence, and many credit the poet Louis Aragon's petition to the Soviet government as instrumental in Paradzhanov's early release. His good friend Mikhail Vartanov was one of those fighting for Paradzhanov's release. While incarcerated Paradzhanov produced a large number of miniature doll-like sculptures (some of which were lost).

Even after release (he was to be arrested for yet a third and final time in 1982) he was persona non grata in Soviet cinema. It was not until mid-‘80s, when the political climate began to be liberalized under Mikhail Gorbachev's policy of glasnost, that he could resume directing. Still, it required help of influential Georgian actor David (Dodo) Abashidze and other friends to have his last feature films green-lighted.

His health seriously weakened by four years in labor camps and nine months in Tbilisi prison, Parajanov died of lung cancer in 1990, at the time when, after almost 20 years of suppression, his films were finally again allowed to be featured in foreign film festivals.

Three days before he was sentenced, Andrei Tarkovsky wrote a letter to the Central Committee of the Communist Party of the Ukraine, asserting ”In the last ten years Sergei Paradjanov has made only two films: Shadows of Our Forgotten Ancestors and The Color of Pomegranates. They have influenced cinema first in the Ukraine, second in this country as a whole, and third, in the world at large. Artistically, there are few people in the entire world who could replace Paradjanov. He is guilty, guilty in his solitude. We are guilty of not thinking of him daily and of failing to discover the significance of a master.”

Upon his return from prison to Tbilisi, the close watch of Soviet censors prevented him from continuing his cinematic pursuits and steered him towards artistic outlets which he had nurtured during his time in prison. He crafted extraordinarily intricate collages, created a large collection of abstract drawings and pursued numerous other avenues of non-cinematic art which can be seen at Parajanov Museum in Yerevan (opened in 1991, a year after Parajanov’s death, which hosts more than 200 works of the artist as well as furnishings of his home in Tbilisi.) 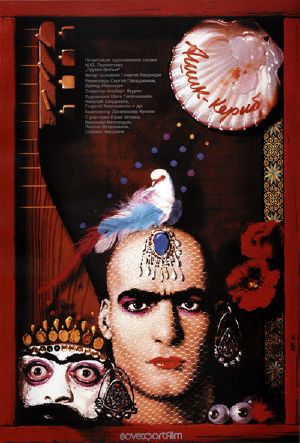 But he was once again imprisoned. After a new stint in prison, he was freed in 1982 but with his health seriously weakened. In the ‘80s, after being released from prison, Parajanov managed to complete two more films, two near-masterpieces (close in perfection to his ‘60s two masterpieces). By 1984, the slow thaw within the Soviet Union spurred Paradzhanov to resume his passion for cinema. With the encouragement of various Georgian intellectuals, Paradzhanov created the multi-award winning Legend of Suram Fortress based on the novella by Daniel Chonkadze, a return to cinema after an interlude of fifteen years since Sayat Nova first premiered. In 1988 Paradzhanov made another multi-award winning film, Ashik Kerib, based on a story by Mikhail Lermontov. It is the story of a wandering minstrel set in the Azeri culture. Paradzhanov dedicated the film to his close friend Andrei Tarkovsky and "to all the children from the world."

Parajanov then immersed himself in a project that ultimately proved too monumental to withstand his failing health. He died of cancer in Yerevan, Armenia, on July 20, 1990, aged 66, leaving his final masterpiece, The Confession unfinished. It survives in its original negative as Paradjanov: The Last Spring, assembled by his close friend Mikhail Vartanov in 1992. He left behind a book of memoirs, also titled "The Confession."

Such luminaries as Federico Fellini, Tonino Guerra, Francesco Rosi, Alberto Moravia, Giulietta Masina, Marcello Mastroianni, and Bernardo Bertolucci were among those who publicly mourned his passing. In a telegram that came to Russia: "The world of cinema has lost a magician."

Despite having studied film at prestigious VGIK, he discovered his cinematic genius only after seeing Andrei Tarkovsky's dreamlike first film Ivan's Childhood. Almost all great filmmakers have a limited audience. Paradzhanov had many admirers of his art but, like in the case of Orson Welles (another unique and very different artist) his unique own vision didn't attract many followers, aside from Peter Greenaway. "Whoever tries to imitate me is lost," he reportedly said once.

Parajanov was a genius with more than talent; his rare visual interpretation of culture encompassed everything he had seen or felt or endured. His work was universal, unlimited, original with no direct analogies in the art world. Parajanov, a contemporary and collaborator of Fellini, amazes the viewer with imagination, beauty, fantasy, and artistry.

"Direction is about truth. It's about God, love and tragedy."

"Tarkovsky, who was younger than I by ten years, was my teacher and mentor. He was the first in Ivan's Childhood to use images of dreams and memories to present allegory and metaphor. Tarkovsky helped people decipher the poetic metaphor. By studying Tarkovsky and playing different variations on him, I became stronger myself... I did not know how to do anything and I would not have done anything if there had not been Ivan's Childhood."

"Only good can overwhelm the evil."

"Beauty will save the world."