Luther Burbank, who gained fame for such products as the Russet-Burbank potato and the spineless cactus, seemingly was motivated by a love of nature and its transformation for the sake of others, including developing plants that could help end world hunger and bring aesthetic delight to people. One particular quote of his summed up this motivation: "What a joy life is when you have made a close working partnership with Nature, helping her to produce for the benefit of mankind."

Luther Burbank was born in Lancaster, Massachusetts. His father, Samuel Burbank, was a farmer and a brickmaker. His mother, Olive Ross Burbank, was Samuel's third wife; the first two having passed away, leaving five children. From his childhood Burbank loved plants and often gathered the seeds of wildflowers to grow at home. After finishing school and trying factory work, which proved detrimental to his health, he bought a small plot of land and started to grow vegetables for market.

In 1872, Burbank found a seed ball on one of the potato plants in his garden (potato plants only rarely produce seeds). One of the seeds produced a new variety of potato that was later named the "Burbank potato." Burbank sold the new potato to a seed dealer for $150. A natural sport (genetic variant) of the Burbank potato with russet (reddish-brown) skin later became known as the Russet-Burbank potato: this large, brown-skinned, white-fleshed potato has become the predominant processing potato in the United States. French fries served in McDonald's restaurants are made exclusively from this cultivar.

In 1875, Burbank decided to move to California, partly because three of his brothers lived there and partly because he felt the climate and conditions there were better for horticultural work. He settled in Santa Rosa and soon purchased a four-acre plot of land on which he started a nursery business.

Burbank's real interest was not just in growing plants but in trying to improve them and make them more useful to humankind. He was inspired by the books of Charles Darwin and by the whole concept of evolution. He later said that his one sentence from Darwin's book The Effects of Cross- and Self-Fertilization in the Vegetable Kingdom was his "starting point":

As plants are adapted by such diversified and effective means for cross-fertilization, it might have been inferred from this fact alone that they derived some great advantage from the process; and it is the object of the present work to show the nature and importance of the benefits to be derived.

Burbank's method was to cross-pollinate plants of different varieties and even different species, to grow large numbers of the new hybrids, and to select the best plants of the new generation to start a new variety. He had hundreds of experimental plantings, and many thousands of plants, at any one time. Part of the reason for his success is these large numbers. and part is his own special genius in knowing what crosses to try and which of the offspring to select for further work.

Burbank's most successful strains and varieties include the Shasta daisy, the Fire poppy, the July Elberta peach, the Santa Rosa plum, the Flaming Gold nectarine, the Burbank plum, the Freestone peach, and the Burbank potato. Burbank also bred the white blackberry and the nectarine. One his most famous creations is the spineless cactus, which provides food for both cattle and people. He had high hopes that this would revolutionize agriculture in desert regions and help to end world hunger. It was not quite the success he had hoped, but it is still being grown in many places. 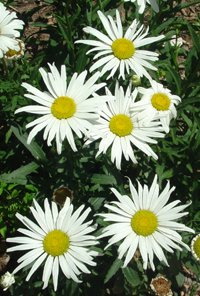 Throughout his career, Burbank struggled with the business side of his work. He wanted his work to be profitable, but at that time plant varieties were not patentable so he had to sell the individual plants and seeds, directly to farmers and gardeners and indirectly though retailers such as the Burpee Seed Company.

Burbank was criticized by scientists of his day because he did not keep the kind of careful records that are the norm in scientific research and because he was mainly interested in getting results rather than in basic research. Jules Janick, Ph.D., Professor of Horticulture and Landscape Architecture, Purdue University, writing in the World Book Encyclopedia, 2004 edition, says: "Burbank cannot be considered a scientist in the academic sense." 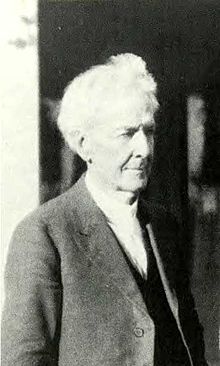 By all accounts, Burbank was a kindly man who wanted to help other people. He was very interested in education and gave quite a bit of money to the local schools. He married twice: to Helen Coleman in 1880, which ended in divorce in 1896, and to Elizabeth Waters in 1916. He had no children.

Burbank also had a mystical, spiritual side. His friend and admirer Paramahansa Yogananda wrote in his Autobiography of a Yogi:

His heart was fathomlessly deep, long acquainted with humility, patience, sacrifice. His little home amid the roses was austerely simple; he knew the worthlessness of luxury, the joy of few possessions. The modesty with which he wore his scientific fame repeatedly reminded me of the trees that bend low with the burden of ripening fruits; it is the barren tree that lifts its head high in an empty boast.

In a speech given to the First Congregational Church of San Francisco in 1926, Burbank said:

I love humanity, which has been a constant delight to me during all my seventy-seven years of life; and I love flowers, trees, animals, and all the works of Nature as they pass before us in time and space. What a joy life is when you have made a close working partnership with Nature, helping her to produce for the benefit of mankind new forms, colors, and perfumes in flowers which were never known before; fruits in form, size, and flavor never before seen on this globe; and grains of enormously increased productiveness, whose fat kernels are filled with more and better nourishment, a veritable storehouse of perfect food—new food for all the world's untold millions for all time to come.

In mid-March 1926, Burbank suffered a heart attack and became ill with gastrointestinal complications. He died on April 11, 1926. His body is buried near the greenhouse at the Luther Burbank Home and Gardens. 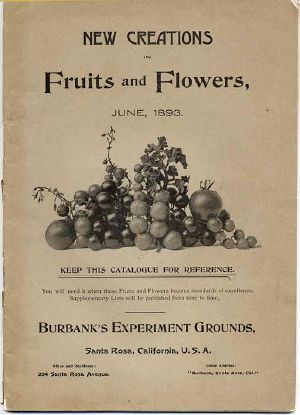 Burbank wrote, or co-wrote, several books on his methods and results, including his eight-volume How Plants Are Trained to Work for Man (1921), Harvest of the Years (with Wilbur Hall, 1927), Partner of Nature (1939), and the 12-volume Luther Burbank: His Methods and Discoveries and Their Practical Application. Burbank also published in 1893 a descriptive catalog of some of his best varieties, entitled called New Creations in Fruits and Flowers'.

He also wrote two books unrelated to botany: Piecing the Fragments of a Motion Picture Film: We Stop to Take a Backward Glance and My Beliefs.

In 1986, Burbank was inducted into the National Inventors Hall of Fame. The Luther Burbank Home and Gardens, in downtown Santa Rosa, are now designated as a National Historic Landmark.

The University of Wisconsin Digital Collections Center has digitized and published online the 12-volume monographic series Luther Burbank: His Methods and Discoveries, which documents Burbank's methods and discoveries and their practical application.