Benjamin Franklin Norris, Jr. (March 5, 1870 – October 25, 1902) was an American novelist during the Progressive Era, writing predominantly in the naturalist genre. His notable works include McTeague (1899), The Octopus: A California Story (1901), and The Pit (1903). Although he did not openly support socialism as a political system, his work nevertheless evinces a socialist mentality and influenced socialist and progressive writers such as Upton Sinclair. Like many of his contemporaries, he was profoundly influenced by the advent of Darwinism, and Thomas Henry Huxley's philosophical defense.

Norris was particularly influenced by the optimistic thread of Darwinist philosophy taught by Joseph LeConte. Norris studied under LeConte while at the University of California Berkeley. Through many of his novels, notably McTeague, runs a preoccupation with the notion of the civilized man overcoming the inner "brute," or his animal tendencies. His peculiar, and often confused, brand of Social Darwinism also bears the influence of the early criminologist Cesare Lombroso and the French novelist of the naturalist school, Emile Zola.

Naturalism was a late nineteenth century movement in theater, art, and literature that portrayed common values of the ordinary individual. Like its predecessor Realism, Naturalism describes the details of everyday existence, expressing the social milieu of the characters. Within the genre, writers such as Norris concentrated on society's seamier side and the travails of the lower classes. This became the focal point of their writing. In the nineteenth century, Naturalism was heavily influenced by Marxism and evolutionary theory such as Darwinism. As a means of criticizing late nineteenth century social organization, Norris and his contemporaries attempted to apply the scientific rigor and insights of those two theories to artistic representation of society. 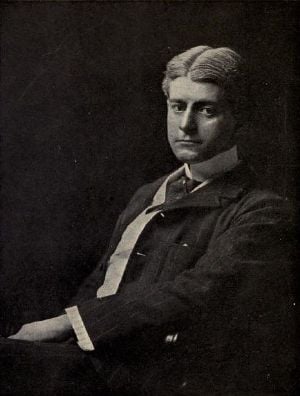 Frank Norris was born in Chicago, Illinois in 1870, and moved to San Francisco at the age of 14. He studied painting in Paris for two years, where he was exposed to the naturalist novels of Emile Zola. He attended the University of California, Berkeley between 1890 and 1894 and then spent a year at Harvard University. He worked as a news correspondent in South Africa in 1895–96, and then an editorial assistant on the San Francisco Wave (1896–97). He worked for McClure's Magazine as a war correspondent in Cuba during the Spanish-American war in 1898. He joined the New York City publishing firm of Doubleday & Page in 1899.

During his time at the University of California, Berkeley Norris was a brother in the Fraternity of Phi Gamma Delta. Because of his involvement with a prank during the Class Day Exercises in 1893 the annual alumni dinner held by each Phi Gamma Delta chapter still bears his name.

In 1900 Frank Norris married Jeanette Black. They had a child in 1901. Norris died on October 25, 1902 of peritonitis from a ruptured appendix in San Francisco.[1] This left The Epic of Wheat trilogy unfinished. He was only 32. He was buried in Mountain View Cemetery in Oakland, California.

Norris's work often includes depictions of suffering caused by corrupt and greedy turn-of-the-century corporate monopolies, but Norris has been criticized for the apologetic stance his work seems to take, in the end, toward unbounded capitalism and corporate trusts. In The Octopus, for example, the Pacific and Southwest Railroad is implicated in the suffering and deaths of a number of ranchers in Southern California. At the end of the novel, after a bloody shootout between farmers and railroad agents at one of the ranches (named Los Muertos), readers are encouraged to take a "larger view" that sees that "through the welter of blood at the irrigating ditch, […] the great harvest of Los Muertos rolled like a flood from the Sierras to the Himalayas to feed thousands of starving scarecrows on the barren plains of India." Though free-wheeling market capitalism causes the deaths of many of the characters in the novel, this "larger view always […] discovers the Truth that will, in the end, prevail, and all things, surely, inevitably, resistlessly work together for good."

One of his greatest books may have been Vandover and the Brute, published after his death. The story is about four college friends, on their way to success, and the ruin of one through a degenerate lifestyle.

Norris' most popular novel was McTeague the story of a simple man and couple undone by greed. McTeague has done very well for himself, particularly considering his upbringing in a poor miner's family. This all changes when he is introduced to Trina, the cousin of Marcus, McTeague's best friend. Initially, Marcus is courting Trina, but he steps aside after McTeague becomes infatuated with her while working on her teeth. McTeague begins to successfully woo Trina. Shortly after McTeague and Trina have kissed and declared their love for each other, Trina wins $5000 in a lottery. In the ensuing celebration McTeague announces his intention to marry Trina. Marcus feels jealous, knowing he would have gained from Trina's win had he not stood aside.

Trina and McTeague are married in May, and Trina proves to be a parsimonious wife. She insists they should never touch the principal of her $5000, instead relying on dividends, plus his earnings from his dental practice, plus what she earns carving "Noah's Ark" toys for her uncle's shop. Secretly, she accumulates savings in a locked trunk. Though the couple is initially happy, the friendship between Marcus and Mac deteriorates. Marcus demands "his share" of Trina's money, and a fight ensues in which he throws a knife at McTeague.

Catastrophe soon strikes the McTeagues when Marcus reports McTeague to the City for practicing dentistry without a license or degree. He soon loses his practice and the couple is forced to move into successively poorer quarters as the former dentist drifts through a series of jobs. Trina becomes more and more miserly, the couple's life deteriorates and, finally, McTeague leaves. Meanwhile, Trina falls completely under the spell of her money and withdraws it in gold from her uncle's firm so she can admire and handle the coins in her room, at one point spreading them over her bed and rolling around in them. When McTeague returns, she refuses to give him any money. An enraged McTeague beats her to death, takes the money and flees to the mining communities he left years before. Fearing he is being pursued, he makes his way south towards Mexico. Meanwhile, Marcus hears about the murder and goes after McTeague, finally catching him in Death Valley. In the middle of the desert, the two fight over McTeague's remaining water and Trina's $5,000. McTeague kills Marcus, but as he dies, Marcus handcuffs himself to McTeague. The book ends with McTeague helplessly stranded in Death Valley, handcuffed to Marcus's corpse.

His short story "A Deal in Wheat" (1903) and the novel The Pit were the basis for the 1909 D.W. Griffith film A Corner in Wheat. Norris' McTeague has been filmed repeatedly, most famously as a 1924 film called Greed by director Erich von Stroheim, which is today considered a classic of silent cinema.[2] An opera by William Bolcolm, based loosely on this 1899 novel, was premiered by Chicago's Lyric Opera in 1992. The work is in two acts, with libretto by Arnold Weinstein and Robert Altman. The Lyric Opera's presentation featured Ben Heppner in the title role and Catherine Malfitano as Trina, the dentist's wife. 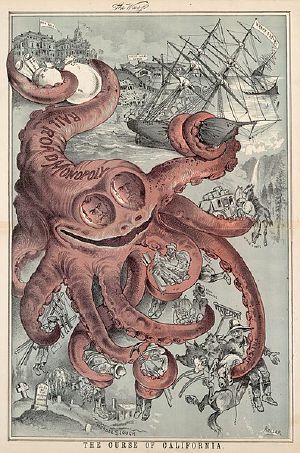 The Epic of Wheat trilogy: