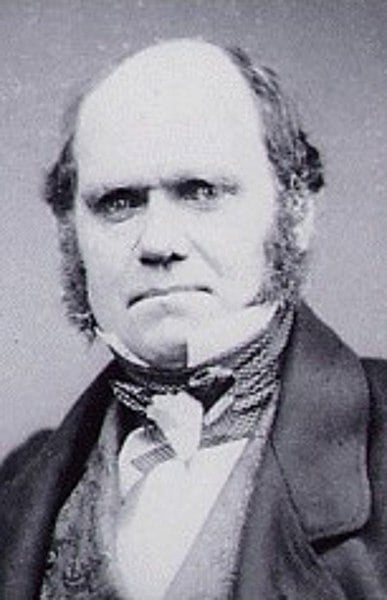 Darwinism is a term that is generally considered synonymous with the theory of natural selection. This theory, which was developed by Charles Darwin, holds that natural selection is the directive or creative force of evolution.

The term "Darwinism" also has been applied to the evolutionary theories of Charles Darwin in general, rather than just the theory of natural selection. It may also refer specifically to the role of Charles Darwin as opposed to others in the history of evolutionary thought—particularly contrasting Darwin's results with those of earlier theories, such as Lamarckism, or with more modern versions, such as the modern evolutionary synthesis.

According to Ernst Mayr (1991), how the term "Darwinism" has been and is used depends on who is using it and the time period. On the other hand, Harvard evolutionist Stephen Jay Gould, himself a popular writer on evolution, maintains that although the popular literature often equates Darwinism with evolution itself, the scientific community generally agrees that the term "should be restricted to the worldview encompassed by the theory of natural selection" (Gould 1982). That is, the term should be limited to the philosophical concept of Darwin's theory regarding the mechanism for evolutionary change.

Since the time of the publication of Darwin's Origin of Species (1859), Darwinism has confronted challenges from both the scientific and religious communities. Among persistent scientific challenges are the lack of evidences for natural selection as the causal agent of macroevolutionary change; the issue of whether evidences on the microevolutionary level can be extrapolated to the macroevolutionary level; and the surprisingly rapid rate of speciation and prolonged stasis seen in the fossil record (see macroevolution). For religious adherents, the central role accorded "chance" in the evolution of new designs via natural selection is not proved and runs counter to the concept of a creator God. (See Challenges to Darwinism.)

In a modern definition of the term, a Darwinian process requires the following schema:

If the entity or organism survives to reproduce, the process restarts. Sometimes, in stricter formulations, it is required that variation and selection act on different entities, variation on the replicator (genotype) and selection on the interactor (phenotype).

Darwinism asserts that in any system given these conditions, by whatever means, evolution is likely to occur. That is, over time, the entities will accumulate complex traits that favor their reproduction. This is called Universal Darwinism, a term coined by Richard Dawkins in his 1972 book Selfish Gene.

On the microevolutionary level (change within species), there are evidences that natural selection can produce evolutionary change. For example, changes in gene frequencies can be observed in populations of fruit flies exposed to selective pressures in the laboratory environment. Likewise, systematic changes in various phenotypes within a species, such as color changes in moths, can be observed in field studies. However, evidence that natural selection is the directive force of change in terms of the origination of new designs (such as the development of feathers) or major transitions between higher taxa (such as the evolution of land-dwelling vertebrates from fish) is not observable. Evidence for such macroevolutionary change is limited to extrapolation from changes on the microevolutionary level. A number of top evolutionists, including Gould, challenge the validity of making such extrapolations.

History of the term Darwinism

In Darwin's day, there was no rigid definition of the term "Darwinism," and it was used by proponents and opponents of Darwin's biological theory alike to mean whatever they wanted it to in a larger context. In the nineteenth-century context in which Darwin's Origin of Species was first received, "Darwinism" came to stand for an entire range of evolutionary (and often revolutionary) philosophies about both biology and society.

One of the more prominent approaches was that summed up in the phrase "survival of the fittest" by the philosopher Herbert Spencer. This was later taken to be emblematic of Darwinism, even though Spencer's own understanding of evolution was more Lamarckian than Darwinian, and predated the publication of Darwin's theory.

What we now call "Social Darwinism" was, in its day, synonymous with one use of the word "Darwinism"—the application of Darwinian principles of "struggle" to society, usually in support of anti-philanthropic political agendas. Another interpretation, one notably favored by Darwin's cousin Francis Galton, was that Darwinism implied that natural selection was apparently no longer working on "civilized" people, thus it was possible for "inferior" strains of people (who would normally be filtered out of the gene pool) to overwhelm the "superior" strains, and corrective measures would have to be undertaken—the foundation of eugenics.

Many of the ideas called "Darwinism" had only a rough resemblance to the theory of Charles Darwin. For example, Ernst Haeckel developed what was known as Darwinisms in Germany; though it should be noted that his ideas was not centered around natural selection at all.

To distinguish themselves from the very loose meaning of Darwinism prevalent in the nineteenth century, those who advocated evolution by natural selection after the death of Darwin became known as neo-Darwinists. The term "neo-Darwinism" itself was coined by George John Romanes in 1896 to designate the Darwinism proposed by August Weismann and Alfred Russel Wallace, in which the exclusivity of natural selection was promoted and the inheritance of acquired characteristics (Larmarckism) was rejected (Mayr 2001; Gould 2002). At that time, near the end of the nineteenth century, there was a strong debate between the neo-Larmarckians and the neo-Darwinians.

The term neo-Darwinism was not terribly popular in the scientific community until after the development of the modern evolutionary synthesis in the 1930s, when the term became synonymous with the synthesis. The modern meaning of neo-Darwinism is not "genealogically linked" to the earlier definition (Gould 2002).

Darwinism and other -isms

It is felt by some that the term "Darwinism" is sometimes used by creationists as a somewhat derogatory term for "evolutionary biology," in that casting of evolution as an "ism"—a doctrine or belief—strengthens calls for "equal time" for other beliefs, such as creationism or intelligent design. However, top evolutionary scientists, such as Gould and Mayr, have used the term repeatedly, without any derogatory connotations.

In addition to the difficulty of getting evidence for natural selection being the causal agent of change on macroevolutionary levels, as noted above, there are fundamental challenges to the theory of natural selection itself. These come from both the scientific and religious communities.

Symbiogenesis, the theory that holds that evolutionary change is initiated by a long-term symbiosis of dissimilar organisms, offers a scientific challenge to the source of variation and reduces the primacy of natural selection as the agent of major evolutionary change. Margulis and Sagan (2002) hold that random mutation is greatly overemphasized as the source of hereditary variation in standard Neo-Darwinistic doctrine. Rather, they maintain, the major source of transmitted variation actually comes from the acquisition of genomes—in other words, entire sets of genes, in the form of whole organisms, are acquired and incorporated by other organisms. This long-term biological fusion of organisms, beginning as symbiosis, is held to be the agent of species evolution.

Historically, the strongest opposition to Darwinism, in the sense of being a synonym for the theory of natural selection, has come from those advocating religious viewpoints. In essence, the chance component involved in the creation of new designs, which is inherent in the theory of natural selection, runs counter to the concept of a Supreme Being who has designed and created humans and all phyla. Chance (stochastic processes, randomness) is centrally involved in the theory of natural selection. As noted by eminent evolutionist Ernst Mayr (2001, pp. 120, 228, 281), chance plays an important role in two steps. First, the production of genetic variation "is almost exclusively a chance phenomena." Secondly, chance plays an important role even in "the process of the elimination of less fit individuals," and particularly during periods of mass extinction.

This element of chance counters the view that the development of new evolutionary designs, including humans, was a progressive, purposeful creation by a Creator God. Rather than the end result, according to the theory of natural selection, human beings were an accident, the end of a long, chance-filled process involving adaptations to local environments. There is no higher purpose, no progressive development, just materialistic forces at work. The observed harmony in the world becomes an artifact of such adaptations of organisms to each other and to the local environment. Such views are squarely at odds with many religious interpretations.

A key point of contention between the worldview is, therefore, the issue of variability—its origin and selection. For a Darwinist, random genetic mutation provides a mechanism of introducing novel variability, and natural selection acts on the variability. For those believing in a creator God, the introduced variability is not random, but directed by the Creator, although natural selection may act on the variability, more in the manner of removing unfit organisms than in any creative role. Some role may also be accorded differential selection, such as mass extinctions. Neither of these worldviews—random variation and the purposeless, non-progressive role of natural selection, or purposeful, progressive variation—are conclusively proved or unproved by scientific methodology, and both are theoretically possible.

There are some scientists who feel that the importance accorded to genes in natural selection may be overstated. According to Jonathan Wells, genetic expression in developing embryos is impacted by morphology as well, such as membranes and cytoskeletal structure. DNA is seen as providing the means for coding of the proteins, but not necessarily the development of the embryo, the instructions of which must reside elsewhere. It is possible that the importance of sexual reproduction and genetic recombination in introducing variability also may be understated.

The history of conflict between Darwinism and religion often has been exacerbated by confusion and dogmatism on both sides. Evolutionary arguments often are set up against the straw man of a dogmatic, biblical fundamentalism in which God created each species separately and the earth is only 6,000 years old. Thus, an either-or dichotomy is created, in which one believes either in the theory of natural selection or an earth only thousands of years old. However, young-earth creationism is only a small subset of the diversity of religious belief, and theistic, teleological explanations of the origin of species may be much more sophisticated and aligned with scientific findings. On the other hand, evolutionary adherents have sometimes presented an equally dogmatic front, refusing to acknowledge well thought out challenges to the theory of natural selection, or allowing for the possibility of alternative, theistic presentations.