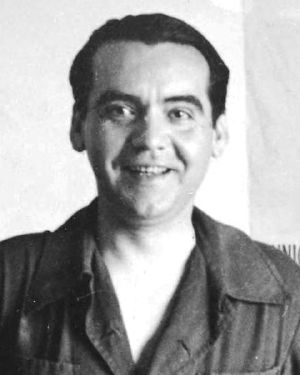 Federico García Lorca (June 5, 1898 – August 19, 1936) was a Spanish poet and dramatist who is widely considered to be the most important Spanish poet of the twentieth century. García Lorca was a member of the "Generation of 1927," a literary movement in Spain that embraced a number of uniquely Spanish influences, including Surrealism and the dense, symbolic poetry of the seventeenth-century poet Luis de Gongora. García Lorca's work, however, does not fit easily into any category. His work varies widely between different styles, and as he matured as a poet he developed more and more innovative and original forms that would revolutionize Spanish-language poetry.

In his early years, García Lorca's poetry was marked by the Spanish Modernismo style—a style of particularly overwrought, melodramatic Romanticism—as well as by the Surrealism of Spanish artists such as Salvador Dali, with whom he collaborated closely. Later, his style would become deeply influenced by the poetry of Walt Whitman and his travels to his America, as well as by the folk music of the Spanish countryside. Towards the end of his life, García Lorca also produced a number of masterful plays in what he called the "rehumanizing" style, inspired greatly by the understated works of Anton Chekhov.

During his lifetime García Lorca was an active socialist, and his controversial political views as well as his generally bohemian attitudes would ultimately cost him his life. Determined to remain in Spain during the Spanish Civil War, García Lorca was captured and killed. Francisco Franco's regime placed a general ban on his works; his works—and even his existence—would remain a taboo subject in Spain for nearly four decades after his death. Although suppressed in Spain, his works have had a monumental influence on the poets and authors of Latin America and the world over. García Lorca is often credited with being the first author to introduce Surrealism into literature, and his lasting impact on Spanish poetry continues to this day. 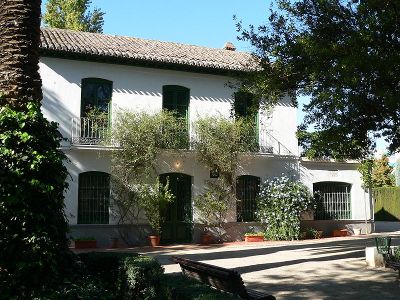 Born into a family of minor, but wealthy, landowners in the village of Fuente Vaqueros, Granada, Spain, García Lorca was a precocious child, although he did not excel at school. In 1909, his father moved the family to the city of Granada, Andalucía, where in time he became deeply involved in local artistic circles. His first collection of prose pieces, Impresiones y paisajes, was published in 1918 to local acclaim but little commercial success. 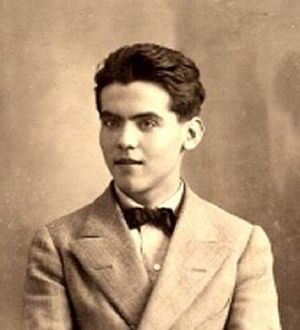 Associations made at Granada's Arts Club were to stand him in good stead when he moved in 1919 to the famous Residencia de estudiantes in Madrid. At university he would befriend the filmmaker Luis Buñuel and the surrealist artist Salvador Dalí, among many others who were or would become influential figures in Spain. Most importantly for garcia Lorca, it was in Madrid that he met Gregorio Martínez Sierra, a director of a theater company. Sierra encouraged his young friend to try his hand at playwriting, and with Sierra's help Lorca wrote and staged his first play, El maleficio de la mariposa, in 1920. A verse play dramatizing the impossible love between a cockroach and a butterfly, with a supporting cast of other insects, it was laughed off stage by an unappreciative public after only four performances, souring García Lorca's attitude to the theater-going public for the rest of his career; he would later claim that 1927s Mariana Pineda was his first play.

Over the next few years García Lorca became increasingly involved in his art and Spain's avant-garde. His second play Mariana Pineda, with stage settings by Dalí, opened to great acclaim in Barcelona in 1927. He published three further collections of poems including Canciones (Songs) and Romancero Gitano (1928, translated as 'Gypsy Ballads', 1953), his best known book of poetry. Perhaps the most famous of the "Gypsy Ballads" is Romance Sonambulo ("Ballad of the Sleepwalker"), which displays Garcia Lorca's early, compressed, and deeply symbolical style. The poem begins with its enchanting refrain:

Towards the end of the 1920s, García Lorca fell victim to increasing depression. Ironically, Garcia Lorca was deeply troubled by the popular success of his Romancero gitano, which increased—through the celebrity it brought him—the painful dichotomy of his life. He was trapped between the persona of the successful author, which he was forced to maintain in public, and the tortured self, which he could only acknowledge in private. Growing estrangement between García Lorca and his closest friends reached its climax when Dalí and Buñuel collaborated on the famous avant-garde film Un chien andalou ("An Andalusian Dog," 1929), which García Lorca interpreted, perhaps erroneously, as a vicious attack on him. Aware of his increasingly distraught mental state, García Lorca's family arranged for him to take a lengthy tour of the United States in 1929-1930.

García Lorca's stay in America, particularly New York, where he studied briefly at Columbia University, was his first adult experience of a democratic society, albeit one he considered to be dominated by rampant commercialism and the social oppression of minority groups. It served as a catalyst for some of his most daring work. His collection of poems Poeta en Nueva York explores his alienation and isolation through some graphically experimental poetic techniques, and the two plays Así que pasen cinco años and El público were far ahead of their time—indeed, El público was not published until the late 1970s and has never been published in its entirety. The Ode to Walt Whitman, written during the poet's stay in Manhattan, is perhaps one of the greatest works to emerge from this period, marvelously demonstrating Garcia Lorca's evolving style that merged Whitman's free verse with the surreal imagery of the "Generation of 1927." The poem opens with an image freely blending Whitmanesque exuberance with a uniquely surreal aesthetic:

By the East River and the Bronx
boys were singing, exposing their waists
with the wheel, with oil, leather, and the hammer.
Ninety thousand miners taking silver from the rocks
and children drawing stairs and perspectives. 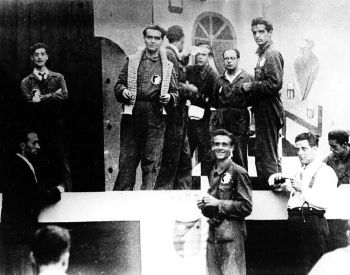 Federico García Lorca and other members of La Barraca, in Vigo, in August 1932

His return to Spain in 1930 coincided with the fall of the dictatorship of Miguel Primo de Rivera and the re-establishment of the Spanish Republic. In 1931, García Lorca was appointed as director of a university student theater company, Teatro Universitario la Barraca. Funded by the Second Republic's Ministry of Education, Garcia Lorca's theater company was charged with touring Spain's remotest rural areas in order to introduce audiences to radically modern interpretations of drama and theater. As well as directing plays for the company, he also acted for the stage. While touring with "La Barraca," García Lorca wrote his best-known plays, the 'rural trilogy' of Bodas de sangre ("Blood Wedding"), Yerma and La casa de Bernarda Alba. He distilled his theories on artistic creation and performance in a famous lecture entitled "Play and Theory of the Duende," first given in Buenos Aires and Havana in 1933, in which he argued that great art depends upon connection with a nation's soil, and an acknowledgment of the limitations of reason. "La Barraca" was the first company to produce Lorca's 'rural trilogy' plays. Lorca's years spent with "La Barraca" were easily the most productive of his life, but unfortunately this period of freedom and creativity would soon come to an end as political turmoil began to menace the government of Spain. The group's subsidy was cut in half in 1934, and "La Barraca" would cease to exist entirely by April 1936.

When the Spanish Civil War broke out in 1936, García Lorca left Madrid for Granada. Presumably Lorca hoped that his brother-in-law, who was the socialist mayor of Granada, would be be able to protect him; but the move would ultimately prove to be an unwise decision. In late summer both Garcia Lorca and his brother-in-law were captured by the Nationalist army. Both were summarily executed, shot by Falange militia on August 19, 1936 and thrown into an unmarked grave in or around Víznar and Alfacar, near Granada. His remains have never been found. There is a large controversy about the details and reasons for his execution, but any possible historical documentation remains unpublished.

Following Garcia Lorca's death, Francisco Franco's regime placed a general ban on his works, which was not rescinded until 1953 when a heavily censored Obras completas was released. It was only after Franco's death in 1975 that García Lorca's life and death could be openly discussed in Spain.

Retrieved from https://www.newworldencyclopedia.org/p/index.php?title=Federico_Garcia_Lorca&oldid=1056648
Categories:
Hidden category:
This page was last edited on 16 August 2021, at 20:19.
Content is available under Creative Commons Attribution/Share-Alike License; additional terms may apply. See Terms of Use for details.