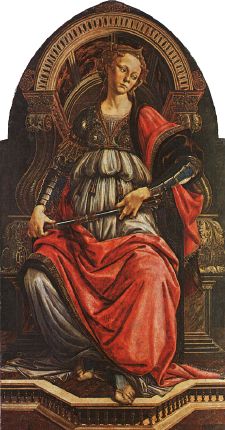 In the discussions of ethics, courage is considered to be a moral virtue. In the history of philosophy, the concept of courage as a moral virtue originates primarily from the virtue ethics of Plato and Aristotle. Medieval philosophers, who drew upon the ideas of Plato and Aristotle, integrated courage into their theistic contexts and conceived it as one of the cardinal virtues (courage or fortitude; wisdom or prudence; temperance; and justice).

Existentialists in the nineteenth and twentieth centuries approached courage in relation to man’s attempt to restore his authentic existence. Courage is also popularly recognized and discussed as an important virtue in various aspects of social life.

In the Republic, Plato discusses courage in relation to his three parts of the soul (reason, spiritedness, and appetite). He defines courage as the virtue of the spirited part. Plato also divides his ideal polis into three parts—the moneymakers, the auxiliaries, and the rulers. The virtue of the auxiliaries (whose job is to protect the city) is also courage. Courage is the virtue, then, which controls the appetites (in an individual) or the greed of the moneymakers (in the city). Or, in other words, courage is what allows reason to rule, both in the individual and in society.

Aristotle provides a more detailed account of the virtues and courage in his Nicomachean Ethics. For Aristotle, a moral virtue or arête is a quality or state of excellence in the human soul that leads to good actions and the ultimate fulfillment of the human life, namely, happiness or eudaimonia. This quality of virtue is not a mechanistic instinct or impulse to act in a certain manner; nor is it a pietistic obedience to fixed rules or moral laws. Rather it is the building of a solid and stable disposition within the human being. Such a disposition is acquired over time through practice and the conscious cultivation of good habits. Ultimately the acquisition of the many virtues leads to a strong and healthy character.

In examining specific virtues, such as courage, Aristotle defined them as a “mean” between two extremes. Courage, for example, lies between the vices of cowardliness and rashness. Whereas the coward, when faced with danger, flees, the rash person rushes out headlong into the danger without thoughtful deliberation regarding the best course of action.

”Courage is a mean with regard to fear and confidence.” (Aristotle, Nicomachean Ethics 3.6)

Aristotle links the moral virtues to the intellectual virtue of prudence or practical wisdom, because the fulfillment of the moral action requires the ability to read each specific situation accordingly. The soldier who exemplifies courage, then, is not merely willing to risk his life by rushing forward in battle. Rather he must be sufficiently composed, despite the danger, to choose the appropriate action in light of the circumstances. The virtue of courage, then, is that disposition which allows the soldier to think wisely in the face of danger. Whereas the cowardly or rash soldier will react blindly by either fleeing the danger or rushing toward it, the brave person will remain sufficiently composed so as to perform the courageous act.

Also, Aristotle points out that an action is virtuous only if the cause is a noble or worthy one. A mercenary, for instance, is not courageous because his motive for fighting is not the good of the homeland or the welfare of his fellow countrymen; rather, his motivation is for money. So although the mercenary may show a certain strength and clear-sightedness in the heat of the battle, his actions are not courageous. Only the soldier willing to sacrifice his life for the noble cause is courageous.

The medieval schoolman took over Aristotle’s depiction of courage and the classical view that it is one of the four “cardinal” virtues (along with wisdom or prudence, temperance, and justice). A cardinal virtue is considered “pivotal” in that the other virtues are more or less derivative from them. Courage, then, is linked to fortitude in being able to hold one’s ground or stand up for one’s convictions regardless of circumstance.

In modern times courage has been approached in a variety of ways, depending upon the specific ethical system or approach. In existentialism, for example, courage is often connected to the notion of authenticity in which an individual takes responsibility for the meaning and direction of one’s life and so courageously accepts the existential anxiety of freedom and choice.