The Canidae (′kanə′dē) family is a part of the order Carnivora within the mammals (Class Mammalia). Members of the family are called canids and include dogs, wolves, and foxes. The Canidae family is divided into the "true dogs" (or canines) of the tribe Canini and the "foxes" of the tribe Vulpini. The two species of the basal Caninae are more primitive and do not fit into either tribe.

Wild canids often are viewed as a threat to domestic animals or people and for such reasons have been hunted, trapped, and poisoned. Along with being pursued for their fur and for sport, habitat loss, and disease, some canids are now endangered in the wild.

Yet, like all animals, species within Canidae fulfill a larger purpose while advancing their own individual purpose of survival, maintenance, and reproduction. Ecologically, as apex predators, they play an important role in food chains, keeping populations of prey species under control and thus aiding the balance of nature. For humans, wild canids are part of people's fascination with nature. The domestic dog long ago entered into a partnership with humans, serving humanity in a great many important ways, including companionship, herding cattle and sheep, protection of property, law enforcement support, uncovering drugs, guiding the blind, and so forth.

Like most other members of the Carnivora order, canids are adapted for a life of hunting and eating other animals. (Most also scavenge and many eat plant foods as well.) Their senses of hearing and smell are especially acute. Their bodies are lithe and muscular and (in most cases) their legs are long, which gives them speed and endurance to run down prey. Their jaws and teeth are large well suited for grasping, biting, and tearing flesh.

Canids are digitigrade, which means that they walk on their toes. Most species have four toes on the hind feet and five on the fore feet. Their claws are blunt and help give them traction in running but are not used to fight or to grasp prey, unlike those of most other carnivores—including members of the Felidae, or cat family.

Most canids are covered with thick fur, which protects them in both heat and cold. Exceptions are the African hunting dog (Lycaon pictus), whose fur is sparse, and some breeds of domestic dog, which can be hairless. In most species, the fur is a solid color, without spots or stripes. The fur of the Arctic fox (Alopex lagopus) and the corsac fox (Vulpes corsac) changes color depending on the season. Almost all canids have a long, fur-covered tail. 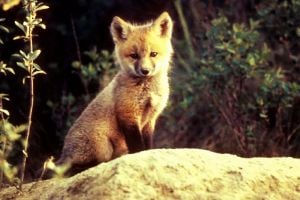 In general, canids are thought to be among the most intelligent animals. The red fox (Vulpes vulpes) and the coyote (Canis latrans) especially have reputations in folklore of being "clever" and "wily." Almost all canids are social animals and live together in groups. In most foxes and in many of the true dogs, a male and female pair will work together to hunt and to raise their young. Gray wolves and some of the other larger canids live in larger groups called packs. African hunting dogs have the largest packs, which can number as many as 90 animals. Some species will form packs or live in small family groups depending on the circumstances, including the type of available food. In most species, there are also some individuals who live on their own.

Most canids bear young once a year, from one to 16 or more (in the case of the African hunting dog) at a time. They are born young and helpless and require a long period of care. They are kept in a den, most often dug into the ground, for warmth and protection. When they begin eating solid food, both parents, and often other pack members, bring food back for them from the hunt. This is most often vomited up from the animal's stomach. Young canids may take a year to mature and learn the skills they need to survive (Voelker 1986).

Within a canid pack there is a system of dominance so that the strongest, most experienced animals lead the pack. In most cases, the dominant male and female are the only pack members to breed.

Canids communicate with each other by scent signals, by visual clues and gestures, and by vocalizations such as growls, barks, and howls. In most cases, groups have a home territory from which they drive out others. The territory is marked by leaving urine scent marks, which warn trespassing individuals. 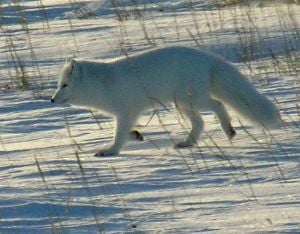 Canids are found in most land environments over most of the world. The dingo (Canis lupus familiaris dingo) is descended from domestic dogs brought by early human settlers to Australia. Canid environments range from forest to desert to mountains and tundra. The Arctic fox can be found on the Arctic Ocean ice, sometimes hundreds of miles from land. The fennec lives in the deserts of North Africa and can survive without the need to drink liquid water (Voelker 1986).

Canids prey on a wide range of animals. They play an important role in controlling the numbers of rodents and other small animals, as well as larger animals such as deer. Another important natural role is the eating of dead animals, which they can easily find with their keen sense of smell. 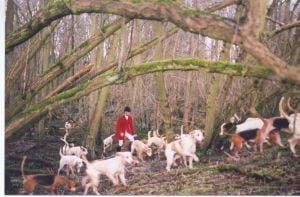 One canid, the domestic dog, long ago entered into a partnership with humans and today remains one of the most widely kept domestic animals in the world and serves humanity in a great many important ways. Most experts believe the domestic dog is descended from an Asian subspecies of the gray wolf (Nowak 1983).

Wild canids greatly benefit humans through their role in helping protect the balance of nature. Despite this, wild canids are often seen a real or potential predators of domestic animals and have often been trapped, poisoned, and hunted because of this. Among canids, only the gray wolf has been known to prey on humans (in Eurasia, but never in North America.) Some canid species have also been trapped and hunted for their fur and, especially the gray wolf and the red fox, for sport. Some canids are now endangered in the wild due to hunting, habitat loss, and the introduction of diseases from domestic dogs (IUCN 2007). 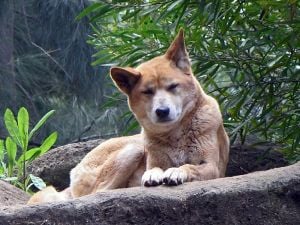 The common subdivision of Canidae (canids) into "foxes" (tribe Vulpini) and "true dogs" or canines (tribe Canini) may not be in accordance with the actual relations, and the taxonomic classification of several canines is disputed. Recent DNA analysis has shown, however, that Canini (dogs) and Vulpini (foxes) are valid clades, which exclude two genera: Nyctereutes and Otocyon. These two are basal canids and are not closely related to either vulpines or canines. (Some evidence also suggests the same for Urocyon.)

Speothos and Chrysocyon are primitive members of Canini, but might be placed in their own clade. Cuon and Lycaon may in fact belong in Canis, and there is evidence that Alopex and Fennecus are not valid clades, but are both part of Vulpes.

The domestic dog is listed by some authorities as Canis familiaris and others (including the Smithsonian Institution and the American Society of Mammalogists) as a subspecies of the gray wolf (i.e., as Canis lupus familiaris). The red wolf may or may not be a full species; and the dingo is variously classified as Canis dingo, Canis lupus dingo, Canis familiaris dingo, and Canis lupus familiaris dingo. At least one subspecies of wolf has recently been listed as a separate species—the Eastern Canadian wolf, Canis lycaon. This is, however, still a controversial classification; the precise relationships among the gray wolf, red wolf, Eastern Canadian wolf, and coyote have yet to be worked out satisfactorily. 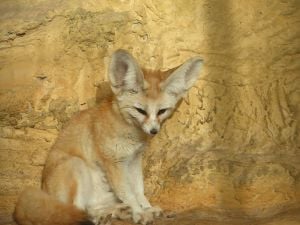 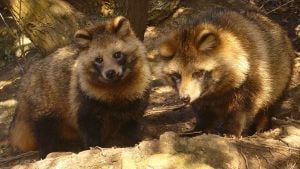 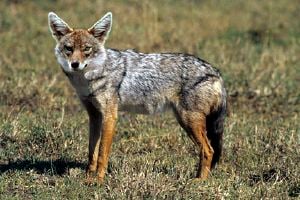 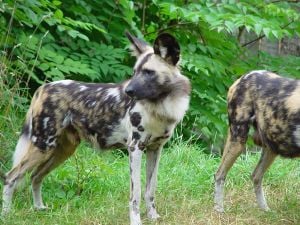 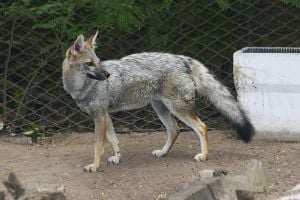