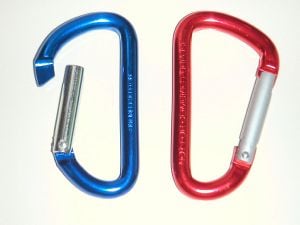 Anodization changes the microscopic texture of the surface and can change the crystal structure of the metal near the surface. The process derives its name from the fact that the part to be treated forms the anode portion of an electrical circuit in this electrolytic process.

Anodized titanium is used in a recent generation of dental implants. Anodizing generates a thicker layer of titanium dioxide (>1 micrometer (µm) and up to >2.5 µm compared with much less than 1 µm for un-anodized specimens) and a characteristic surface topography. It has been suggested that both these parameters improve the performance—longevity, stability—of dental implants, but the technology is still new and there are not yet clear clinical data to support these claims.

Anodizing titanium generates an array of different colors without dyes, for which it is sometimes used in art, costume jewelry and wedding rings.[1][2] The color formed is dependent on the thickness of the oxide (which is determined by the anodizing voltage); it is caused by the interference of light reflecting off the oxide surface with light traveling through it and reflecting off the underlying metal surface. Titanium nitride coatings can also be formed, which have a brown or golden color and have the same wear and corrosion benefits as anodization.

Niobium anodizes in a similar fashion to titanium with a range of attractive colors being formed by interference at different film thicknesses. Again, the film thickness is dependent on the anodizing voltage. Its uses include jewelry and commemorative coins.

Anodized aluminum can be found in many consumer products like MP3 players, flashlights, cookware, cameras, sporting goods, and many other products both for corrosion resistance and the ability to be dyed.

The aluminum oxide coating is grown from and into the surface of the aluminum. Because of this, it is not prone to peeling or cracking like organic coatings such as paint. In most consumer goods, the dye is contained in the outermost portion of the aluminum oxide layer. While highly wear resistant the anodized surface can still be worn. If wear and scratches are minor then the remaining oxide will continue to provide corrosion protection even if the dye is removed.

Type I and Type II Anodization

Aluminum, when exposed to the atmosphere, forms a passive oxide layer, which provides moderate protection against corrosion. This layer is strongly adherent because it is chemically bound to the metal surface as compared to oxidation (corrosion) in steel, where rust puffs up and flakes off, constantly exposing new metal to corrosion. In its pure form aluminum self-passivates very effectively, but its alloys—especially 6000 series, due to the magnesium content—are far more prone to atmospheric corrosion and therefore benefit from the protective quality of anodizing.

Before being treated, the aluminum, if wrought, is cleaned in either a hot soak cleaner or in a solvent bath and may be etched in sodium hydroxide (normally with added sodium gluconate), ammonium bifluoride or brightened in a mix of acids. Cast alloys are normally best just cleaned due to the presence of intermetallics unless they are of high purity, such as LM0.

In aluminum anodization, this aluminum oxide layer is made thicker by passing a direct current through a sulfuric acid solution, with the aluminum object serving as the anode (the positive electrode). The current releases hydrogen at the cathode (the negative electrode) and oxygen at the surface of the aluminum anode, creating a buildup of aluminum oxide. Anodizing at 12 volts DC, a piece of aluminum with an area of 1 square decimeter (about 15.5 square inches) can consume roughly 1 ampere of current. In commercial applications the voltage used is more normally in the region of 15 to 21 volts.

Conditions such as acid concentration, solution temperature, and current must be controlled to allow the formation of a consistent oxide layer, which can be many times thicker than would otherwise be formed. This oxide layer increases both the hardness and the corrosion resistance of the aluminum surface. The oxide forms as microscopic hexagonal "pipe" crystals of corundum, each having a central hexagonal pore (which is also the reason that an anodized part can take on color in the dyeing process). The film thickness can range from under 5 micrometers on bright decorative work to over 25 micrometers for architectural applications.

The older Type I (chromic acid) method produces thinner, more opaque films that are softer, ductile, and to a degree self-healing. They are harder to dye and may be applied as a pretreatment before painting. The method of film formation is different from using sulfuric acid in that the voltage is ramped up through the process cycle.

Hardcoat anodizing is an electrochemical process that yields an anodic oxide, integral to the aluminum part. The layer increases the resistance to corrosion, wear and friction (with use of lubricants because of its porous structure it keeps the lubricating film stronger than a smooth surface). For example, the cylinders of a BMW modern aluminum V8 engine have no loose liner, instead the walls are hardcoated.

Hardcoat anodizing also increases the electrical and thermal insulation. This complicates a reboring operation (although not common, given the longevity of modern engines due to improved lubricants), as the hard coating must be restored if the block is rebored.

Like other forms of anodizing (such as Type I Chromic Acid Anodizing or Type II Sulfuric Acid Anodizing), Hardcoat Anodizing (also known as Type III) is produced by immersing the aluminum components into an electrolyte solution; it differs from the other by the possibility to make it up to 20 times thicker (0.008 inches).

The hardcoat layer is equivalent to one of the hardest materials on earth: ruby (Al2O3), in industrial terms hardness of 60 to 65 Rockwell on the C scale.

Its color ranges from gray to dark brown. 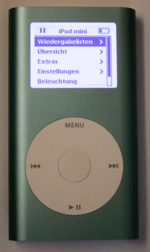 Where appearance is important, the oxide surface can be dyed before the sealing stage, as the dye enters the pores in the oxide surface. The number of dye colors is almost endless; however, the colors produced tend to vary according to the base alloy. Though some may prefer lighter colors, in practice they may be difficult to produce on certain alloys such as high-silicon casting grades and 2000 series (with its high copper content). Another concern is the lightfastness of organic dyestuffs—some colors (reds and blues) are particularly prone to fading. Black dyes and gold produced by inorganic means (ferric ammonium oxalate) are more lightfast.

Alternatively, metal (usually tin) can be electrolytically deposited in the pores of the anodic coating to provide colors that are more lightfast. Metal dye colors range from pale champagne to black. Bronze shades are preferred for architectural use.

Alternatively the color may be produced integral to the film. This is done during the anodizing process using organic acids mixed with the sulfuric electrolyte and a pulsed current.

After dyeing, the surface is usually sealed by using hot water or steam, sometimes mixed with nickel acetate or other anti-bloom agents, to convert the oxide into its hydrated form. This reduces the porosity of the surface as the oxide swells. This also reduces or eliminates dye bleed out and can increase corrosion resistance. Sealing at 20 °C in nickel-cobalt salts, cold sealing, when the pores are closed by impregnation is also popular due to energy savings. Coatings sealed in this method are not suitable for adhesive bonding.

Anodizing will raise the surface, since the oxide created occupies more space than the base metal converted. This will generally not be of consequence except in the case of small holes threaded to accept screws. Anodizing may cause the screws to bind, thus the threaded holes may need to be chased with a tap to restore the original dimensions. In the case of unthreaded holes that accept screws or pins, a slightly oversized hole to allow for the dimension change may be appropriate.

Plasma electrolytic oxidation is a similar process, but where higher voltages are applied. This causes sparks to occur, and results in more crystalline type coatings.

Retrieved from https://www.newworldencyclopedia.org/p/index.php?title=Anodizing&oldid=1096124
Categories:
Hidden category:
This page was last edited on 17 January 2023, at 03:41.
Content is available under Creative Commons Attribution/Share-Alike License; additional terms may apply. See Terms of Use for details.