The City of Vigan is the capital city of the province of Ilocos Sur, Philippines. According to the 2007 census, it has a population of 47,246 people. Located on the western coast of the large island of Luzon, it faces the South China Sea. Since the fourteenth century C.E., Vigan served as a key trading port with China. From the sixteenth century, the Spanish controlled the port. In 1572, Conquistador Juan de Salcedo attacked and secured the town, giving it the name Vigan after a native plant. He expanded the name to Villa Fernandina in honor of the Philip II's deceased son. Salcedo continued his conquest, attacking and subjugating Camarines, Albay, and Catanduanes.

Vigan constitutes the best example of a Spanish colonial town in the Philippines. It has become well-known for its cobblestone streets and a unique architecture that fuses Philippine building design and construction with European colonial architecture and planning. The city has played a role in the political life of the Philippines, in addition to serving as capital to the Ilocus Sur province, Elpidio Quirino, the sixth president of the Philippines, resided in Vigan. UNESCO designated the Historic Town of Vigan a World Heritage Site in 1999.

Vigan had been a key coastal trading post in Asia since the fourteenth century C.E.[1] China traded with Vigan, using the Mestizo River that provided a wide access to the delta. Vigan had been detached from the mainland of Ilocos Sur by the Abra River, Mestizo River, and the Govantes River. During that era, Vigan had been a peninsula, providing ready access to Chinese ships. Chinese traders brought goods from China, the South Sea Islands and throughout Asia, exchanging them for the products of Ilocos Sur, especially gold, beeswax, and produce from the surrounding mountains.

From the sixteenth century, Spanish traders discovered Vigan, quickly seeing the strategic value of the town as a trading port in Asia. Governor General Guido de Lavezaris wrote King Philip II of Spain of his desire to settle the area of Ilocos Sur.[2] He reported sending conquistador Juan de Salcedo with a small company of 70 to 80 soldiers to Vigan. Salcedo departed Manila, arriving in the port city, on June 12, 1572.

When Salcedo arrived at present day Barangay "Pagpartian" (Ilocano, "butchering place"—because it is the location of the city abattoir) through the Mestizo River, he noticed the lush, green plants growing along the riverbanks. He asked a native about the name of the place. The native, not understanding Spanish, thought he was asking the name of the plant, told him that they were biga'a. Salcedo named the city "Vigan" after the plant.[3] As the city grew, and the seat of the Archdiocese of Nueva Segovia transferred to the place, it received the name Ciudad Fernandina de Vigan, in honor of King Philip II of Spain first born son of who had died in childhood. [4]

After the successful conquest of Vigan, Salcedo carried on his voyage of colonization, taking control of Camarines, Albay, and Catanduanes. As a reward for his conquests, the King of Spain gave Salcedo the area of Ylocos as his encomienda which consisted of Ilocos Norte, Ilocos Sur, Abra, La Union and a portion of the mountain province. [5]

Salcedo established Vigan as the capital of his encomienda. Two years later, in 1574, he accompanied Augustinian missionaries to Ylocos. In 1591, Governor General Gómez Pérez Dasmariñas described the status of Vigan: “The town of Vigan called Villa Fernandina has five or six Spanish citizens with one priest, a Justice, one Alcalde Mayor (Governor) and a Deputy. The King collects 800 tributes (equivalent to 3,200 subjects). During this period, the old Vigan was composed of 19 barrios."[6] 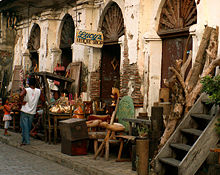 Vigan City is divided into 39 barangays.[7]

Major Schools Based in Vigan