Robert Joffrey (December 24, 1930 – March 25, 1988) was an American dancer, teacher, producer, and choreographer, known for his highly imaginative modern ballets. As the founder and artistic director of the Joffrey Ballet—a company renowned for its wide-ranging repertory and exuberant young performers—Joffrey was an advocate for gender balance in the dance world.

Noted for making ballet more accessible to the American public, the Joffrey Ballet produced everything from such rock ballets as Joffrey's hit of 1967, Astarte, to distinguished revivals of rarely performed works, like Leonide Massine's Parade, Kurt Jooss's Green Table, and Vaslav Nijinsky's Afternoon of a Faun and Sacre du Printemps.

Joffrey's company started as a touring group of six dancers in a station wagon and is now considered one of the nation's top ballet companies. Joffrey himself died of AIDS in 1988, as did a number of his dancers.

Robert Joffrey was born in Seattle, Washington, and originally named Abdulla Jaffa Anver Bey Khan. He was the only child of a loveless marriage between a Pashtun Afghani father and an Italian mother. His parents owned a restaurant.

Did you know?
Robert Joffrey started his career in dance with tap dancing but was quickly guided to ballet

Joffrey began dancing at nine, as a remedy for asthma. As Gene Kelly and Fred Astaire were the rave of the day, young Joffrey believed that tap dancing would be his road to fame. Yet, after one tap lesson his teacher asked if he'd ever considered ballet. After a spell in Russian character dancing, he went on to train in ballet with Mary Ann Wells, an influential Seattle teacher who would become one of Joffrey's greatest inspirations.

As a small, sickly child with bowed legs and turned in feet, Joffrey had to wear casts on his feet to strengthen his frame while training in ballet. Yet his shortcomings never hindered him from following his dreams of directing his own company. “I remember, when I was an 11-year-old ballet student in Seattle, making up a whole cast for 'Sleeping Beauty,' which I had never seen," he recalled. "Fonteyn, Ulanova, and Chauvire were all in my cast. Toscanini was going to conduct.”

As a teenager, Joffrey met 22-year-old Gerald Arpino, then serving in the Coast Guard. Arpino moved into the Joffrey home. From then on, the two were inseparable. They became best friends, artistic collaborators, and eventually lovers. In 1948, Joffrey left for New York City, where he studied at the School of American Ballet and with Alexandra Fedorova, a famous Russian dancer-choreographer. It was in New York that he began teaching ballet, charging 75 cents a lesson in classes at a Brooklyn synagogue and at the Gramercy School of Music and Dance. He made his solo debut in 1949, with the French choreographer Roland Petit and his Ballets de Paris.

He soon established a reputation as a gifted teacher, serving on the faculties of the American Ballet Theater School and the High School of Performing Arts in the 1950s. Two ballets Joffrey choreographed for students at the School of the Performing Arts formed the nucleus of his first group's repertory. From 1957 to 1962, Joffrey was resident choreographer for the New York City Opera.

His first major ballet, Persephone, was created in 1952. Two years later, he formed his own company with Arpino, naming him chief choreographer. The company premiered Le bal masqué (The Masked Ball, 1954; music by French composer Francis Poulenc) and Pierrot Lunaire (1955; music by Austrian composer Arnold Schoenberg). In 1954, Joffrey was invited to set Persephone and his 1954 Pas des Déesses, one of his most popular works, for the Ballet Rambert in London. When the English company took the latter ballet on tour, Joffrey became the first American choreographer whose work was performed in China.

As a teacher, Joffrey put particular stress on ports de bras, or the carriage of the upper torso, and on body alignment, as is evident in his choreographic work. However, wanting to concentrate on the direction of the company, he taught and choreographed less and less in the later years.

Joffrey became an adviser to, and member of, many arts councils and organizations, among them the dance section of the International Theater Institute, where he served as president with Yuri N. Grigorovich, director of the Bolshoi Ballet, from 1975, to his death. He was also a catalyst for the U.S.A. International Ballet Competition in Jackson, Mississippi. Joffrey won many honors, including the Dance Magazine Award, in 1964, the Capezio Award, in 1974, and the Handel Medallion of the City of New York, in 1981. 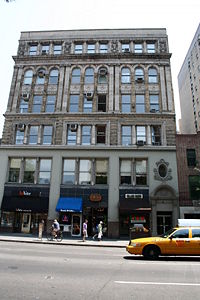 The original Robert Joffrey Ballet company consisted of six dynamic and highly individual dancers. While Joffrey stayed in New York to teach ballet classes and earn money to pay the dancers' salaries, Gerald Arpino led the troupe across America's heartland, in a station wagon pulling a U-Haul trailer. Their repertoire of original ballets set them apart from other small touring companies, who often performed scaled-down versions of the classics.

The company began residence at the New York City Center in 1966. In 1982, it moved its principal activities to Los Angeles, and in 1995, it moved to Chicago, Illinois. Noted for its experimental repertoire, the company was called the "Joffrey Ballet of Chicago" after its move, but has since returned to the Joffrey Ballet.

The Joffrey Ballet Company grew increasingly popular throughout the United States and abroad. Sometimes criticized for its commercialism, it made ballet accessible to a large and diverse audience, including people who were not already devotees of the form.

The company's notable works include Gamelan (1962) and Astarte (1967)—a ballet set to rock music with special lighting and motion-picture effects. This was a novel movement, as most ballets were choreographed to classical scores. Joffrey is also famous for commissioning the first "crossover" work—Deuce Coupe, a 1973 work by Twyla Tharp, then known as a modern-dance choreographer.

The company revived great ballets of the international repertoire that were neglected by other American companies (for example, works by Tudor, Massine, Nijinsky, and Nijinska, as well as ten ballets by Frederick Ashton and evenings devoted to Diaghilev masterpieces).

The Joffrey's repertoire contained no overt homosexuality, but there was a great deal of covert homoeroticism as a retinue of bare-chested, late adolescent dancers unfailingly delighted the gay male audience. Arpino's 1966 all-male ballet, Olympics, a tribute to athletics, featured a suggestive pas de deux.

Joffrey was sexually promiscuous but discreet. His pattern was to have Arpino at home for domestic stability, one principal romantic attachment, and numerous one-night stands.

In 1973, Joffrey fell in love with A. Aladar Marberger, a 26-year-old gay activist and manager of the Fischbach Gallery in New York. In the 1980s, both men contracted AIDS. While Marberger was outspoken about his illness, Joffrey remained silent. He was ashamed and wanted his obituary to say that he died of liver disease and asthma. Arpino agreed to his pleas, but the secret could not be maintained, as AIDS took a staggering toll on the dance world in general and on Joffrey's company in particular.

Joffrey was a reserved, polite man with a passion for detail. At the time of his death, he had created 15 ballets. Joffrey’s artistic vision shaped a unique repertoire and his talent for teaching nurtured dancers and choreographers that set the Joffrey Ballet apart from every other ballet company in the twentieth century and has continued to influence American ballet well into the twenty-first century. The Joffrey Ballet continues in Chicago, under the direction of Ashley C. Wheater, a former Joffrey Ballet dancer, who took over following the death of Gerald Arpino in 2008.

Joffrey discovered and introduced innumerable modern dance choreographers to ballet audiences. He was the first American director to present the work of Denmark's Auguste Bournonville, and he was especially noted for his meticulous recreations of the legendary Diaghilev era ballets. His own ballets indicate his varied interests, from the classical Pas Des Déesses to the multimedia Astarte.

Joffrey's emphasis on male virtuosity was an attempt to redress the gender imbalance that had developed in ballet, in part as a result of George Balanchine's famous dictum that "Ballet is woman." Joffrey's commitment to improving the status of male dancers influenced both his teaching and his and Arpino's choreography.

The Joffrey Ballet became the first major American company with two home bases when, in its continuous search for financial security, it became the resident dance company at the Dorothy Chandler Pavilion of the Music Center of Los Angeles, in 1983.

Joffrey made a point of commissioning dances from new ballet choreographers, among them William Forsythe and James Kudelka, and from modern-dance choreographers who often had no experience or reputation in ballet. The Joffrey was the first major American ballet company to commission a crossover ballet, Deuce Coupe, a 1973 work by Twyla Tharp, then known as a modern-dance choreographer, and also acquired new works by Laura Dean, Mark Morris, Alvin Ailey, Mark Haim, and Moses Pendleton, a Pilobolus founder.