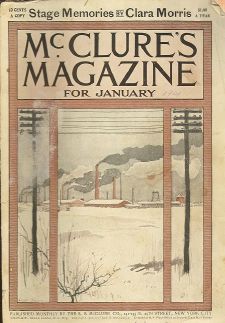 A muckraker is a journalist, author, or filmmaker who investigates and exposes issues that are generally shocking to the public. Generally, muckraking tends to be targeted at forces in power and the established institutions of society, often in a sensationalist and tabloid manner.

Given their name by Theodore Roosevelt when he likened their work to the man with the muck-rake in John Bunyans' Pilgrim's Progress, the task of such writers is to expose the problems (the "muck") in society. Thus, while the American attribution has a generally positive connotation, implying a valuable contribution to society by shedding light on the violations of expected standards, British "muckrakers" are reviled as being as dirty as the evils they expose to the public. To make a valuable contribution to society, the muckrakers need to maintain a higher standard than that of those they expose. 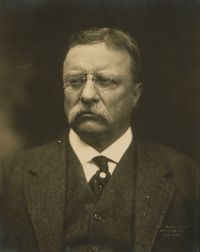 A muckraker is an American English term for one who investigates and exposes issues of corruption. They expose violations of widely held values, such as political corruption, corporate crime, child labor, conditions in slums and prisons, unsanitary conditions in food processing plants (such as meat), fraudulent claims by manufacturers of patent medicines, labor racketeering, and similar topics. In British English however the term is applied to sensationalist scandal-mongering journalist, not driven by any social principles.

Did you know?
The term "muckraker" is attributed to Theodore Roosevelt who likened investigative journalism to the "Man with the Muck-rake" in John Bunyan's "Pilgrim's Progress"

President Theodore Roosevelt is attributed as the source of the term "muckraker." During a speech in 1906 he likened the journalists to the Man with the Muck-rake, a character in John Bunyan's Pilgrim's Progress (1678), who rejected salvation to focus on filth.

While Roosevelt apparently disliked what he saw as a certain lack of optimism of muckraking's practitioners:

the Man with the Muck-rake, the man who could look no way but downward, with the muck-rake in his hand; who was offered a celestial crown for his muck-rake, but who would neither look up nor regard the crown he was offered, but continued to rake to himself the filth of the floor.

His speech strongly advocated in favor of the muckrakers:

There are, in the body politic, economic and social, many and grave evils, and there is urgent necessity for the sternest war upon them. There should be relentless exposure of and attack upon every evil man whether politician or business man, every evil practice, whether in politics, in business, or in social life. I hail as a benefactor every writer or speaker, every man who, on the platform, or in book, magazine, or newspaper, with merciless severity makes such attack, provided always that he in his turn remembers that the attack is of use only if it is absolutely truthful. ... The men with the muck-rakes are often indispensable to the well-being of society; but only if they know when to stop raking the muck. 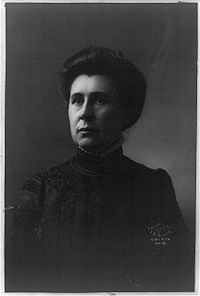 The term "muckraker" is most usually associated with a group of American investigative reporters, novelists, and critics from the late 1800s to early 1900s, but also applies to contemporary persons who follow in the tradition of those from that period.

Although the term "muckraking" might appear to have negative connotations (and does in British society), muckrakers have most often sought to serve the public interest by uncovering crime, corruption, waste, fraud, and abuse in both the public and private sectors. In the early 1900s, muckrakers shed light on such issues by writing books and articles for popular magazines and newspapers such as Cosmopolitan, The Independent, and McClure's. Their sensationalist style grew from the yellow journalism of the period.

The rise of muckraking in the late nineteenth and early twentieth centuries corresponded with the advent of Progressivism yet, while temporally correlated, the two are not intrinsically linked.

Some of the most famous of the early muckrakers are Ida Tarbell, Lincoln Steffens, and Ray Stannard Baker.

An important example of mid-twentieth-century muckraker work is Ralph Nader's Unsafe at Any Speed (1965) which led to reforms in automotive manufacturing in the United States. Nader's publication led to a stop in the production of the Chevrolet Corvair, one of the first rear-engine American cars. Nader exposed safety issues inherent in the design, implying that the manufacturers cared only for profit and not for the lives of their customers. The book detailed claims of resistance by car manufacturers to the introduction of safety features, like seat belts, and their general reluctance to spend money on improving safety. It was a pioneering work of consumer advocacy, openly polemical but containing substantial references and material from industry insiders. The discontinuation of the Corvair was controversial, however, because many believed the innovative style could have been altered for safety and could have spurred the American automobile industry to produce better products.

Other late twentieth century muckraking-type exposes include the work of Washington Post journalists Bob Woodward and Carl Bernstein that led to the Watergate scandal and the downfall of President Richard Nixon, and columnist Gary Weiss's work describing how Wall Street firms were infiltrated by organized crime figures during the 1990s.

Muckraking has continued into the twenty-first century, exemplified by Eric Schlosser's Fast Food Nation: The Dark Side of the All-American Meal (2001) that examined the local and global influence of the United States fast food industry. This book has drawn comparisons to Upton Sinclair's classic muckraking novel The Jungle.

Some notable muckrakers include: