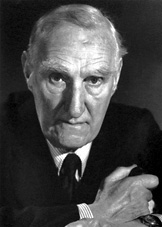 Sir John Boyd Orr, 1st Baron Boyd-Orr (September 23, 1880 – June 25, 1971) was a Scottish doctor, biologist and politician who received the Nobel Peace Prize for his scientific research into nutrition and his work with the United Nations Food and Agriculture Organization (FAO). Award of the Peace Prize to Lord Boyd recognized that peace cannot be achieved without justice and that a more equitable distribution of the world's resources, including food, is one of the foundation stones of peace. Committed to world unity, Orr's legacy represents a challenge to the world community to see humanity as a single family, with a shared responsibility to steward the world's resources. "There can," said Orr, "There can be no peace in the world so long as a large proportion of the population lack the necessities of life and believe that a change of the political and economic system will make them available. World peace must be based on world plenty".[1] 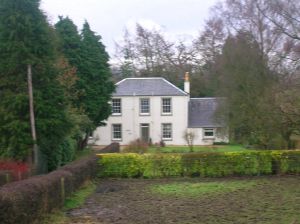 Orr grew up in Kilmaurs, near Kilmarnock, East Ayrshire, Scotland, a rural community where he studied at Kilmarnock Academy. His father ran a quarry and was known for his piety and for his somewhat erratic financial management. Orr became a pupil-teacher at the Academy, from where he went to Glasgow University and at the same time to a teachers' college.

After three years of teaching, he returned to the university to study medicine and biology, and after short stints of practice he became a researcher. He was compelled into research by his observation of poverty in the Glasgow slums, which he saw at first hand as a medical practitioner. His first job was as director of a nutrition institute in Aberdeen, which he discovered when he arrived there did not actually exist. Rather, the "institute" was a research project. However, he drew up plans for a building and within several months work commenced on constructing the first wing. His plans were too ambitious and had to be scaled down. However, he accepted a compromise, demonstrating willingness to negotiate and to accept pragmatic solutions.

During the First World War he served as a military doctor for both the British Army and Royal Navy, firstly in active duty and later as a researcher into military diets.

After the war, he spent another decade at the renamed Rowett Research Institute in honor of a major donor. He was able to raise considerable amounts of money thus allowing the institute to be considerably expanded. The Institute was re-dedicated by Queen Mary in 1922. Other building projects followed, including the Walter Reid Library and the John Duthie Webster Experimental Farm. In 1931, Boyd became founder and became editor of Nutrition Abstracts and Reviews. Through the 1920s, his own research was devoted mainly to animal nutrition. His focus later changed to human nutrition both as a researcher and as an active lobbyist and propagandist for improving people's diets. He researched links between diet and social-economic conditions, believing that improved nutrition for all would help to bridge social and economic barriers between different groups and classes. Some of his ideas were later incorporated into Britain's official food policy and led to a verifiable improvement in the health of the nation.

During World War II Orr served on Winston Churchill's Scientific Committee on Food Policy. Following the war, he resigned as director of the Institute accepting instead the Rectorship of Glasgow University and the director-generalship of the United Nations Food and Agriculture Organization (FAO).

In April 1945, in a by-election, he was elected as Member of Parliament for the Combined Scottish Universities in a by-election as an independent, and kept his seat at the general election shortly after. He resigned in 1946.

Orr was frustrated in his work at the FAO by lack of funds and resources. In 1946, he established the International Emergency Food Council as part of the task of post-war reconstruction. Thirty-four nations supported this initiative. Orr now circled the globe promoting a comprehensive food plan, which, sadly, did not achieve the level of support he expected. He believed that the FAO could contribute to world peace and unity through food distribution. When the support he expected failed to materialize, he resigned from the directorship to concentrate on his business interests. Now director of a number of companies, he proved a canny investor in the stock market and made a considerable personal fortune, such that when he received the Nobel Prize in 1949 he was able to donate the entire amount to organizations devoted to world peace and a united world government. (The American Friends Service Committee was one of his nominators.[2]) He was elevated to the peerage in 1949 as Baron Boyd-Orr.

In addition to his work at the FAO and his scientific contribution to nutrition, Orr devoted himself to promoting the concept of world government, supporting a range of organizations committed to global unity. His Nobel citation stated:

John Boyd Orr is not an international lawyer, nor a politician, nor a statesman, nor can it even be said that he has been an active participant in peace organizations for long periods in his life. His work has been devoted to the study of nutrition, the diet of animals and men.

But however great his scientific contributions may have been, they alone would not have earned him the Peace Prize, for scientific discoveries cannot, in themselves, create peace. It is only when they are employed to promote cooperation between nations that they become a valuable factor in the cause of peace. For John Boyd Orr the purpose of his scientific work is to find ways of making men healthier and happier so as to secure peace; he believes that healthy and happy men have no need to resort to arms in order to expand and acquire living space. "We must," to quote his own words, "conquer hunger and want, because hunger and want in the midst of plenty are a fatal flaw and a blot on our civilization. They are one of the fundamental causes of war. But it is no use trying to build the new world from the top down, with political ideas of spheres of influence and so on. We have to build it from the bottom upwards, and provide first the primary necessities of life for the people who have never had them, and build from the slums of this country upwards".[3]

In his Nobel Lecture, Orr challenged the world's Christians to "recognize the common brotherhood of man and follow the example of the great Prince of Peace in feeding the hungry, relieving misery and disease, there will be such a new spirit in the world that the very thought of war would be abhorrent".[4]

In 1960 Boyd Orr was elected the first president of the World Academy of Art Science, which was set up by eminent scientists of the day concerned about the potential misuse of scientific discoveries, most especially nuclear weapons.

The University of Glasgow has a building named after John Boyd Orr, and the University's Hunterian Museum holds his Nobel medal. He was created a peer in 1949 as Baron Boyd-Orr. Orr died aged 90 in 197I.

Orr's use of science to pursue ethical goals and his commitment to achieving world peace and unity remain valuable as an inspiration and example to others. Orr's scientific contribution included research on the relationship between social-economic status and diet. Yet much of what Orr set out to accomplish remains unachieved. He wanted, for example, to eliminate food surpluses through distribution. Food, however, is still stockpiled and even destroyed in some parts of the world while elsewhere people starve, due to commercial factors. He wanted to raise money to transport surpluses, which rarely happens except in times of crises. "We will be on the road to world unity and peace when nations begin to cooperate on a world scale to apply science to develop the resources of the earth for the benefit of all," he said.[5] His ideas remain valid and still present a challenge to the international community he served in his leadership of the FAO.

Retrieved from https://www.newworldencyclopedia.org/p/index.php?title=Lord_John_Boyd_Orr_of_Brechin&oldid=1085432
Categories:
This page was last edited on 4 November 2022, at 02:42.
Content is available under Creative Commons Attribution/Share-Alike License; additional terms may apply. See Terms of Use for details.