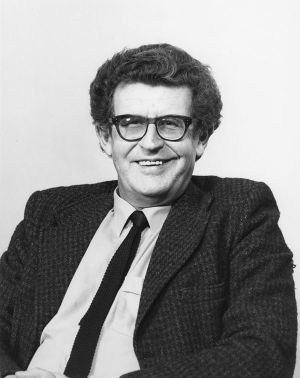 Kenneth Robert Minogue (September 11, 1930 – June 28, 2013) was a New Zealand-born Australian conservative political theorist who spent the majority of his career in London at the London School of Economics. He was considered a giant in conservative intellectual life, often called on by the BBC to comment on political matters. A strong influence on the late twentieth century British Conservative party, he was a staunch supporter of Margaret Thatcher.

Minogue's writings raised important questions regarding the future of democracy and especially the role of politics in creating a moral and ethical society. He recognized that the problems of society cannot be solved by government imposing its will on the people. Rather, he noted that the state should supply the framework of law within which citizens are free to pursue their own lives and find their own happiness.

Kenneth Minogue was born on September 11, 1930 in Palmerston North, New Zealand.[1] He was educated in Australia,[1][2] attending Sydney Boys High School[3] and the University of Sydney, graduating in 1950.[4]

He traveled to London in 1951 where he spent a short time as a writer and then a teacher. After being rejected by the London School of Economics (LSE) when he applied to their Masters program, he enrolled in an evening school Bachelors program in Economics, which he completed in three years.[4] He spent a year teaching at the University of Exeter and then returned to London to teach at the LSE at the invitation of Michael Oakeshott.

In 1954, he married Valerie Pearson Hallett, with whom he had a son and a daughter. After their marriage ended they remained friends. He remarried, to Beverly Cohen, who predeceased him.

Well-liked by his many friends, Minogue was known for his quick wit and and sense of irony as a writer, speaker, and conversationalist. A fine teacher and generous host, together with his wife he entertained a never-ending series of colleagues, friends, neighbors, and visitors who enjoyed good food and stimulating debate. He was also a keen tennis player.

Kenneth Minogue died on June 28, 2013 on board a flight returning from the Galapagos Islands to Guayaquil, Ecuador. He had been attending a meeting of the Mont Pelerin Society, of which he was the former president.[5]

Minogue had a long career as a scholar, teaching and writing in the area of political science. After graduating from the London School of Economics (LSE), where he was a student of Michael Oakeshott who became his mentor, Minogue spent a year teaching at the University of Exeter. He then taught at the LSE until his retirement in 1995.[6] He was also an active political commentator and contributor to many political groups and think tanks.

Minogue wrote academic essays and books on a great range of problems in political theory. Minogue defended civility, decency, and moderation against globalists and leftists, and advocated an honest and transparent public sphere where individuals can freely pursue their own ideas of happiness.

His 1963 book The Liberal Mind, about the perversion of the liberal label by radical leftists became popular internationally. Minogue argued that genuine liberalism rests on the tradition of thinkers like Adam Smith, Benjamin Constant, Adam Ferguson, Alexis de Tocqueville, John Stuart Mill, who built the foundation for a conservative perspective. However, he observed that liberalism has extended into realms beyond its original purview due to its irrepressible drive to alleviate all "suffering situations." He likened this to the story of Saint George and the dragon, where the dragon represents societal problems (despotism, religious intolerance, slavery, poverty, prison conditions, and so forth). Liberalism, unlike Saint George, does not know when to stop and, in its quest for a world free of "dragons" must therefore continue hunting smaller and smaller problems as the large ones have all been vanquished. Minogue's commentary raises the fundamental question of whether it is possible to eradicate all tragic outcomes in the world through politics.

Most Western governments hate me smoking, or eating the wrong kind of food, or hunting foxes, or drinking too much, and these are merely the surface disapprovals, the ones that provoke legislation or public campaigns. ... Our rulers are theoretically “our” representatives, but they are busy turning us into the instruments of the projects they keep dreaming up. The business of governments, one might think, is to supply the framework of law within which we may pursue happiness on our own account. Instead, we are constantly being summoned to reform ourselves. Debt, intemperance, and incompetence in rearing our children are no doubt regrettable, but they are vices, and left alone, they will soon lead to the pain that corrects. Life is a better teacher of virtue than politicians, and most sensible governments in the past left moral faults to the churches. ... Rulers are adding moral judgments to the expanding schedule of powers they exercise. Nor does the state deal merely with principles. It is actually telling its subjects to do very specific things. Yet decisions about how we live are what we mean by "freedom," and freedom is incompatible with a moralizing state.[7]

He ended his discourse in this book with an unanswered question, which remains unanswered due to his death: "Can the moral life survive democracy?"

From the 1970s Minogue was part of Oakeshott's group of economists and political philosophers whose lively debates and commentaries molded British Conservatism at the time of Margaret Thatcher's appearance in politics. Minogue was also a member of the Conservative Philosophy Group and the Centre for Policy Studies, where he and Thatcher became close colleagues and friends.

Minogue edited and introduced the Everyman's Library edition of Hobbes' Leviathan, was a columnist for The Times and The Times Higher Education Supplement,[2] and contributed to The New Criterion and Daily Mail.[1][8] He was frequently called on for commentary on the BBC. He was Senior Research Fellow with the Social Affairs Unit in London.[2]

In 1976 Minogue issued a report to help modernize Shiraz University in Iran.[2] In 1986 he presented a six-part television program on Channel 4 about free market economics called The New Enlightenment.[2] He wrote a study on Maori-Pākehā relations (the latter is the Maori term for New Zealanders of European descent) for the New Zealand Business Roundtable which was published in 1998 published as Waitangi Morality Reality.[9]

From 1991 to 1993 Minogue was chairman of the Bruges Group, a British based think tank critical of the centralized structure of the European Union.[3][2] He served on the board of the Centre for Policy Studies (1983-2009). From 2000, he was a trustee of Civitas. In 2003, he received the Centenary Medal from the Australian government. He served as President of the Mont Pelerin Society from 2010.