Sir Isaiah Berlin, Order of Merit (June 6, 1909 - November 5, 1997), was a political philosopher and historian of ideas, considered as one of the leading liberal thinkers of the twentieth century. He is regarded as one of the founders of the field of intellectual history, and was noted for his writings on political philosophy and the concept of liberty. Born in Riga, Latvia, then part of the Russian Empire, he studied at Oxford and was the first Jew to be elected to a prize fellowship at All Souls College, Oxford. He was Chichele Professor of Social and Political Theory at the University of Oxford (1957 to 1967), president of the Aristotelian Society (1963 to 1964), and in 1966, helped to found Wolfson College, Oxford. He was knighted in 1957, and was awarded the Order of Merit in 1971. He was president of the British Academy from 1974 to 1978. He also received the 1979 Jerusalem Prize for writings on the theme of individual freedom in society.

Berlin's work on liberal theory has had a lasting influence. His 1958 inaugural lecture, "Two Concepts of Liberty," elaborated a distinction between positive liberty and negative liberty, which has influenced much of the debate since then on the relationship between liberty and equality. Berlin's essay Historical Inevitability (1953) examined the question of whether history is affected by the acts of certain exceptional individuals, or is the product of inevitable historical forces. He also introduced the concept of “value pluralism,” positing that values are subjective rather than objective; that different groups may hold equally valid, but conflicting, values; and that values, such as liberty and social order, may conflict within a society.

Isaiah Berlin was born June 6, 1909, into a Jewish family, the son of Mendel Berlin, a timber merchant, and his wife Marie, née Volshonok. He spent his childhood in Riga, Latvia, and St Petersburg (then called Petrograd), and witnessed the Russian Revolution of 1917. In spite of early persecution of the Jews by the Bolsheviks, the family was permitted to return to Riga in 1920; from there they emigrated, in 1921, to Britain. In the United Kingdom, they lived in and around London; Isaiah attended St. Paul's School, London, a private school, then Corpus Christi College, Oxford, where he studied Greats (Classics) and PPE (Philosophy, Politics, and Economics). In 1932, he was appointed a lecturer at New College and became the first Jew to be elected to a Prize Fellowship at All Souls, considered one of the highest accolades in British academic life.

Throughout the 1930s, Berlin was deeply involved in the development of philosophy at Oxford; his friends and colleagues included J. L. Austin, A. J. Ayer, and Stuart Hampshire. His intellectual biography of Karl Marx (1939), which is still in print, demonstrated his early interest in a more historical approach to philosophy and to social and political theory. During World War II, Berlin served in the British Information Services in New York City (1940–2) and at the British Embassy in Washington, D.C. (1942–5), where he made weekly reports on the American political scene. In 1945–46, Berlin visited the Soviet Union, where his encounters with surviving but persecuted Russian intellectuals, particularly the poets Anna Akhmatova and Boris Pasternak, reinforced his staunch opposition to Communism, and formed his future intellectual agenda.

After the war, Berlin returned to Oxford, where he continued to teach and write on philosophy throughout the later 1940s and into the early 1950s. He began to concentrate on the history of ideas, particularly on Russian intellectual history, the history of Marxist and socialist theories, and the Enlightenment and its critics. He also published widely read articles on contemporary political and cultural trends, political ideology, and the internal workings of the Soviet Union. In 1950, a Research Fellowship at All Souls allowed him to devote himself to his historical, political, and literary interests, which were well outside the mainstream of philosophy as it was then practiced at Oxford. He became one of the first "Oxford philosophers" to make regular visits to American universities, and played an important part in spreading "Oxford philosophy" to the United States.

In 1956, Berlin married Aline Halban (née de Gunzbourg), and in 1957, he was elected Chichele Professor of Social and Political Theory at Oxford; his inaugural lecture, delivered in 1958, was "Two Concepts of Liberty." In 1967, the year after becoming founding President of Wolfson College, Oxford, which he largely created, he resigned his chair, retiring in 1975. From 1966 to 1971, he was also a visiting Professor of Humanities at the City University of New York. He served as President of the British Academy from 1974 to 1978. Berlin was knighted in 1957, and was appointed to the Order of Merit in 1971. Berlin received the Agnelli, Erasmus, and Lippincott Prizes for his work on the history of ideas, and the Jerusalem Prize for his life-long defense of civil liberties, as well as numerous honorary degrees. Berlin died in Oxford in 1997, aged 88.[1]

Isaiah Berlin was considered one of the leading liberal thinkers of the twentieth century, and one of the founders of the field of intellectual history. He was known for his writings on political philosophy and the concept of liberty. Collections of his essays, edited by Henry Hardy and others, began appearing in 1978; twelve volumes have been published, as well as an anthology, The Proper Study of Mankind, and the first volume of his letters.

Berlin's work on liberal theory has had a lasting influence. His 1958 inaugural lecture, "Two Concepts of Liberty," in which he distinguished between positive and negative liberty, has informed much of the debate since then on the relationship between liberty and social equality.

"Two Concepts of Liberty" was delivered in 1958, as Berlin’s inaugural lecture as Chichele Professor of Social and Political Theory at Oxford. Berlin initially defined two types of liberty, negative and positive liberty. Negative liberty was freedom from, the absence of constraints or impediments imposed by other people on the possible actions of an agent. Berlin associated positive liberty with the idea of self-mastery, or the capacity to determine oneself, and to be in control of one's destiny. He defined positive freedom both as “freedom to” (the ability, not just the opportunity) pursue and achieve goals; and as autonomy or self-rule, as opposed to dependence on others. While Berlin granted that both concepts of liberty represented valid human ideals, he believed that, historically, the positive concept of liberty had proven more susceptible to political abuse and had an elective affinity with totalitarianism.

Berlin traced positive liberty to theories that focused on the autonomy, or capacity for self-rule, of the agent. He argued that under the influence of Jean-Jacques Rousseau, Immanuel Kant, and G.W.F. Hegel (all committed to the positive concept of liberty), European political thinkers were frequently tempted to equate liberty with forms of political discipline or constraint. Berlin found Rousseau's theory of liberty particularly dangerous, because Rousseau had equated freedom with self-rule, and self-rule with obedience to the "general will." Berlin alleged that by “general will” Rousseau meant the common or public interest, what the public believed was in the best interest of all citizens. This general will would often contradict the selfish wills of individuals, who, Rousseau charged, were often deluded as to their own best interests.

Berlin saw a greater danger in the German followers of Kant, particularly in Fichte, who became an ardent nationalist, proclaiming that the individual achieves freedom only through renunciation of his or her desires and beliefs as an individual and submersion in a larger group, the Volk. This became politically dangerous during the nineteenth century, when the relevant ideals of positive liberty were used to defend ideals of national self-determination, imperatives of democratic self-government, and the Communist notion of humanity collectively asserting rational control over its own destiny. Berlin followed this transformation of the idea of freedom to the ideologies of the totalitarian movements of the twentieth century, both Communist and Fascist-Nazi, which claimed to liberate people by subjecting, and often sacrificing, them to larger groups or principles. Berlin contended that, in this way, demands for freedom paradoxically became demands for forms of collective control and discipline—those deemed necessary for the "self-mastery" or self-determination of nations, classes, democratic communities, and perhaps of humanity as a whole.

Berlin associated the notion of negative liberty most strongly with the classical British political philosophers such as Locke, Hobbes, and Smith, and with the classical liberal tradition as it had emerged and developed in Britain and France from the seventeenth to the early nineteenth centuries.

According to Berlin, negative liberty represented a safer, more liberal, understanding of freedom. Its proponents (such as Jeremy Bentham and John Stuart Mill) held that constraint and discipline were the antithesis of liberty, and so were less prone to confusing liberty and constraint. Negative liberty defined a realm, or "zone," of freedom in the "silence of law." In Berlin's words, "liberty in the negative sense involves an answer to the question 'What is the area within which the subject—a person or group of persons—is or should be left to do or be what he is able to do or be, without interference by other persons.'"

In Two Concepts Berlin focused on the dangers of positive freedom and only treated the concept of negative freedom briefly. He later regretted that he had not made more of the evils that negative liberty had been used to justify, such as exploitation under laissez-faire capitalism. 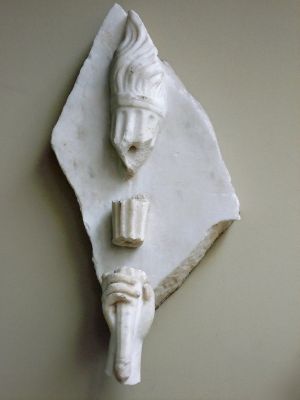 Berlin's essay, Historical Inevitability (1953), focused on a controversy in the philosophy of history. In Berlin's words, the choice was whether one believed that "the lives of entire peoples and societies have been decisively influenced by exceptional individuals" or, rather, that whatever happened occurred as a result of impersonal forces oblivious to human intentions. Berlin is also well known for his writings on Russian intellectual history, most of which are collected in Russian Thinkers (1978), edited, like most of Berlin's work, by Henry Hardy (in the case of this volume, jointly with Aileen Kelly).

Berlin's writings on the Enlightenment and its critics, for whom Berlin used the term the "Counter-Enlightenment," and particularly Romanticism, contributed to his advocacy of an ethical theory he termed "value-pluralism." Berlin contended that values are creations of humankind, rather than products of nature waiting to be discovered; though he also argued that the nature of mankind is such that certain values, such as the importance of individual liberty, will hold true across cultures, a position which he termed "objective pluralism." His account of value pluralism proposed that moral values may be equally valid and yet incompatible, and may therefore come into conflict with one another in a way that is irresolvable without reference to particular contexts of decision. When values clash, it does not mean that one is more important than the other. Keeping a promise may conflict with the pursuit of truth; liberty may clash with social justice. Moral conflicts are "an intrinsic, irremovable part of human life … These collisions of values are of the essence of what they are and what we are" (Berlin, Liberty).

All publications listed from 1978 onwards are compilations of various lectures, essays, and letters, brought together and edited by Henry Hardy. Details given are of first and current UK editions. For US editions see link above.