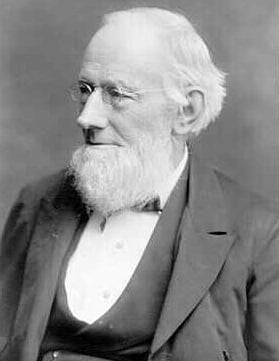 Sir Isaac Pitman, from 'The Pitman Collection, University of Bath'

Sir Isaac Pitman (January 4, 1813 – January 12, 1897), was a British phonographer, famous for developing the most widely used system of shorthand, known now as Pitman Shorthand. He developed the Pitman Shorthand system to be simpler and more practical than the one already in existence. His new system was based on phonetics and proved highly successful. He continued to improve the system through twelve published editions. Pitman also established an institute and a journal to publicize the system, which became the most widely used in the English-speaking world. It was also translated into numerous other languages.

Developed at a time when there was an increasing need for reporters, both in the newspaper industry and the courts, to be able to take notes quickly and accurately, Pitman's system benefited society in many ways. Its ease of use and his brothers' efforts to publicize and teach it, allowed it to become popular quickly. Although the need for shorthand has been largely superseded by advances in recording and other technologies, Pitman's efforts remain a valuable contribution to the advance in communication and the spread of accurate information in a quick and efficient manner.

Isaac Pitman was born on January 4, 1813, in Trowbridge, Wiltshire in England, the third of the eleven children of Samuel Pitman (1787–1863), manager of a weaving mill, and his wife, Maria Pitman, née Davis (1784–1854). He attended the local grammar school, but left it when he was 13 years old, due to his fragile health. He had great difficulty pronouncing words, and the overcrowded atmosphere in the classrooms caused Pitman to have frequent fainting fits.

Pitman however continued to study at home, while at the same time working as a clerk in a cloth factory. In 1931 he was sent to the Normal College of the British and Foreign School Society in London. From 1832 to 1839 he held masterships at Barton-on-Humber and Wotton-under-Edge.

He began development of the Pitman Shorthand system when his friend Samuel Bagster (1771-1852) requested he devise a new system of shorthand. At that time, Pitman was teaching Samuel Taylor's system and was compiling a manual for its use. He offered the manual to his friend to publish it, but Bagster turned it down. He requested Pitman devise a new system, simpler and more practical for use. That was the birth of Pitman’s shorthand system, which he published in 1837 as Stenographic Soundhand. At Wotton-under-Edge, he soon started to teach his students the new shorthand system.

In 1839 Pitman joined the New Jerusalem Church, converting to Swedenborgianism, based on the teachings of Emmanuel Swedenborg. For this he was fired from his teaching post. In 1839 he opened his own private school at Bath, and conducted it until 1843. During that time he devoted himself to perfecting his system and propagating its use. He founded a Phonetic Institute and a Phonetic Journal, which helped spread his ideas. In 1840 he published a book, Phonography, which went through numerous editions. Pitman was a perfectionist, and continued to revise his system until his death, publishing twelve editions. In 1845 Pitman opened a new school in London, where he continued to teach shorthand.

Pitman was married twice. He married his first wife, Mary Holgate, in 1935. She died in 1857. His second marriage was to Isabella Masters in 1861. With Isabella he had two sons, Alfred and Ernest. 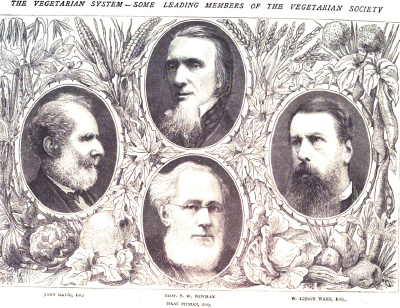 Pitman advocated a simple vegetarian diet. He was Vice-President of the Vegetarian Society.[1] In an 1879 letter to The Times (London), he attributed his excellent health and his ability to work long hours to his vegetarian diet and abstinence from alcohol.[1] His brother Benjamin noted that Pitman "became a vegetarian, not for religious, but humanitarian and physiological reasons".[2]

He was knighted in 1894 by Queen Victoria for his contributions to shorthand. Pitman died in Somerset, England, on January 12, 1897.

Before he created his system, Pitman had used Samuel Taylor's system for seven years, but saw its weaknesses. Taylor’s symbols had greater similarity to the older Byrom system, and were too bulk and impractical to use.

Pitman first presented his shorthand system in 1837 as Stenographic Soundhand. Like most systems of shorthand, it was a phonetic system based on phonetic rather than orthographic principles. The symbols did not represent letters, but rather sounds, and words were, for the most part, written as they were spoken. There were twenty-four consonants that could be represented in Pitman's shorthand, twelve vowels, and four diphthongs. The consonants were indicated by strokes, the vowels by interposed dots.

Pitman used similar-looking symbols for phonetically related sounds. He was the first to use thickness of a stroke to indicate voicing (voiced consonants such as /b/ and /d/ were written with heavier lines than unvoiced ones such as /p/ and /t/), and consonants with similar place of articulation were orientated in similar directions, with straight lines for plosives and arcs for fricatives.

Thus, a characteristic feature of Pitman shorthand was that voiceless and voiced sounds (such as /p/ and /b/) were represented by strokes that differed only in thickness (the thick stroke representing the voiced consonant). Doing this required a writing instrument which was responsive to the user's drawing pressure: specialist fountain pens, with fine, flexible nibs, were originally used, but pencils later became more common.

Another distinguishing feature was that there was more than one way of indicating vowels. The main vowel of a word or phrase was indicated by the position of the stroke with respect to the lines of the notebook. For example, a small circle drawn above the line translated to as/has and the same circle drawn on the line translated to is/his. However, there was a more straightforward way of indicating vowels, which was to use dots or small dashes drawn close to the stroke of the preceding consonant. The type of vowel was dependent on the relative position of the dot or dash to the stroke (beginning, middle, or end).

Another feature of Pitman's shorthand allowed most vowels to be omitted in order to speed up the process of writing. As mentioned above, each vowel was written next to the consonant stroke at the beginning, middle or end of the stroke. Pitman's shorthand was designed to be written on lined paper and when a word's first vowel is a "first position" vowel (at the beginning of the stroke), the whole shorthand outline for the word was written above the paper's ruled line. When it was a second position vowel, the outline was written on the line. When it was a third position vowel it was written through the line. In this way, the position of the outline indicated that the first vowel could only be one of four possibilities. In most cases, this meant that the first and often all the other vowels could be omitted entirely.

Pitman created and popularized his shorthand system at a time when the newspaper industry was expanding greatly. His system was adapted to the needs of journalism, and it greatly simplified the work of reporters.

Pitman's brother Benn settled in Cincinnati, Ohio in the United States, and introduced Pitman's system there. He used it in the 1865–1867 trial of the conspirators behind the assassination of Abraham Lincoln. In Australia the system was introduced by another Pitman brother, Jacob.

At one time, the Pitman system was the most commonly used shorthand system in the entire English-speaking world. It had been adapted to at least 30 languages, including French, Spanish, Welsh, Afrikaans, Malay, and Hindu. Part of its popularity was due to the fact that it was the first subject taught by correspondence course. Today in many regions (especially the U.S.), it has been superseded by Gregg Shorthand, developed by John Robert Gregg.

Pitman's grandson, James Pitman (1901-1985) also joined the family business founded by his grandfather, and was responsible for developing the Initial Teaching Alphabet (ITA), a phonetically augmented alphabet designed to minimize the discrepancies between spelling and pronunciation which can cause problems in the early development of reading skills.

Retrieved from https://www.newworldencyclopedia.org/p/index.php?title=Isaac_Pitman&oldid=1073556
Categories:
Hidden category:
This page was last edited on 22 July 2022, at 12:46.
Content is available under Creative Commons Attribution/Share-Alike License; additional terms may apply. See Terms of Use for details.