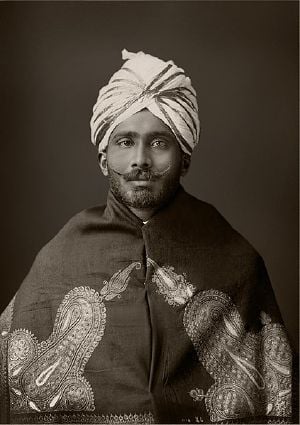 Hazrat Inayat Khan (July 5, 1882 – February 5, 1927) was the founder of Universal Sufism and the Sufi Order International. He initially came to the West as a representative of several traditions of classical Indian music, having received the title Tansen from the Nizam of Hyderabad. However, Khan saw saw it as his life mission to introduce and transmit Sufi thought and practice to the West. His universal message of Divine Unity—Tawhid—focused on the themes of "Love, Harmony, and Beauty," and he developed a distinctive and effective ability to communicate the highest spiritual truths of Sufism to Western audiences of his day. He was a bridge-builder between cultures and religions who drew on Vedanta as well as on Islam. He regarded true spirituality as wearing no label, and was a strong advocate of human equality, of the need for human unity as a prerequisite for global peace. His grandson, Pir Zia Inayat Khan, continues to lead the Order he founded. A unified humanity, he believed, will discover hidden potential that will transform who and what we are as well as our relationship with the divine, which will itself be enriched by this discovery. His motto was, “the awakening of humanity to the divinity of humankind.”

Inayat Khan was born into a princely Muslim Indian family (he was a great-grandson of Tipu Sultan, the famous eighteenth century ruler of Mysore).

Although Inayat Khan was initiated into the Suhrawardiyya, Qadiriyya, and Naqshbandi orders of Sufism, his primary initiation was in the Nizamiyya subbranch of the Chishti Order by Shaykh Muhammed Abu Hashim Madani, with whose encouragement he left India in 1910, to come the West. He traveled first as a touring musician and then as a teacher of Sufism, visiting over three continents. Eventually, he married Ora Ray Baker, an American woman from New Mexico, and they had four children: Noor-un-Nisa (1913), Vilayat (1916), Hidayat (1917), and Khair-un-Nisa (1919). The family settled in Suresnes, near Paris.

Khan returned to India at the end of 1926. While there, he chose the site of his tomb, the Nizamuddin Dargah complex in Delhi, where the eponymous founder of the Nizami Chishtiyya, Shaykh Nizamuddin Auliya (died 1325), is buried. Khan died shortly after his decision, on February 5, 1927.

Today active branches of Inayat Khan's lineage can be found in France, England, Germany, the Netherlands, the United States, Canada, and Russia. One of his followers, Baron Von Frankenberg, inherited some land in Camden, Australia. With Inayat's permission, he moved and established a Sufi group there (which attracted the poet Francis Brabazon). He left behind a rich legacy of English literature infused with his vision of the unity of religious ideals, which calls humanity to awaken to the "Truth of Divine Guidance and Love."

Even though Inayat Khan was a devout Muslim and followed the religious law of Islam (Sharia), he was also keenly aware of the Euro-American prejudice against Islam in his time. He therefore made the controversial decision to present Sufism without specifically focusing on its connection to Islam. In his autobiography he importantly states:

Among the existing religions of the world Islam is the only one which can answer the demand of Western life, but owing to political reasons a prejudice against Islam has existed in the West for a long time. Also, the Christian missionaries, knowing that Islam is the only religion which can succeed their faith, have done everything within their power to prejudice the minds of Western people against it. Therefore there is little chance of Islam being accepted in the West. However, those seekers after religious ideals have more or less regard for the religions of the East and those who seek after truth show a desire to investigate Eastern thought.[1]

Clarifying his understanding of Islam, however, he also stated:

But if the following of Islam is understood to mean the obligatory adherence to a certain rite; if being a Muslim means conforming to certain restrictions, how can the Sufi be placed in that category, seeing that the Sufi is beyond all limitations of this kind?[2]

He taught that blind adherence to any book rendered any religion void of spirit, regardless of its external nature:

Protestantism is a religion which is void both of spirit and form, a flower without color or fragrance. It is a rattle given into the hand of a child to keep him quiet, when he was crying for candy. Their belief is not very different from that of the new sect called among Muslims Ahl-i-Hadith, who stick to the letter exclusive of the spiritual personalities; to them the book is more important than a kindled heart.[3]

Indebted to both his Sufi heritage and the philosophical Vedanta/Shankara spirituality, Khan continued the deeply-rooted Indian tradition of spirituality over creed and the renaissance Indian notion of religious tolerance and openness. In the fifteenth and sixteenth centuries, spiritual leaders such as Kabir, Guru Nanak Dev, and the Mughal King Akbar and his Din-i-Ilahi founded a tradition in which the faithful, especially Hindus and Muslims, would crush their differences on the ideal of spiritual unity. Despite the advance of colonial English influences in the nineteenth century, Khan took this Mughal ideal on his mission to the West.

Hazrat Inayat Khan's decisive emphasis upon Spiritual Liberty in his teachings has resulted in many contemporary Westerners understanding that contemporary Islamic religious practices and Sufism are not inherently intertwined, although his followers continue to perform the traditional Islamic invocations of God (Dhikr) in the original Arabic as found in the Qur'an and the Prophetic traditions (Hadith). There is a historic precedent of certain Chishti masters (and masters of other orders) not requiring their non-Muslim followers to convert to Islam. The numbers of non-Muslim Sufis before the twentieth century, however, were relatively few.[4]

Although Hazrat Inayat Khan's son, Pir Vilayat Inayat Khan, did not specifically self-identify with the Islamic tradition, his grandson, Pir Zia Inayat Khan, is an observant Muslim, a scholar of Islam, and the current head of the Sufi Order International. His daughter, Noor-un-Nisa, served with British secret intelligence during the Second World War, was captured by the Nazis in France and executed at Dachau concentration camp in 1944. 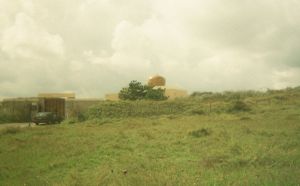 In 1922, during the summer school, Khan had a "spiritual experience" in the South Dunes in Katwijk. He immediately told his students to meditate and proclaimed the place where he was on that moment holy. In 1969, a temple has been built on that specific place, the only Universal Sufi Temple in the world. Every year, the Sufi summer school takes place in this temple, and many Sufis from around the world visit the temple each summer.

Some of Inayat Khan's most famous sayings are:

Numerous books by Inayat Khan are still in print. The Sufi Order International remains a vibrant organization, led by his grandson. Although Muhammad Iqbal disliked Sufi Islam, there is considerable similarity between Inayat Khan’s vision of the future relationship between humanity and God with Iqbal’s. Iqbal believed that humans must shoulder co-responsibility with God for ordering, stewarding creation. Khan’s idea that as a collective human consciousness evolves, humanity will represent a new step in the evolution of life on the planet also has some resemblance with the thought of Teilhard de Chardin and his concept of the noosphere, or the Omega point, when a human super conciousness will emerge. The peace and unity that follows from this will include peace with the planet, as well as between all people who live on the planet Earth. He had wanted to fuse Eastern spirituality with Western technology and his heirs have established a solid presence for his ideas and writing on the internet. Like Vivekananda and Rabindranath Tagore, he thought that Asia could learn from Western science but that the West could greatly benefit from Eastern spirituality. The West has tended to separate the spiritual and the physical; the East sees these as integrally related.