Effa Manley (March 27, 1897 - April 16 1981) was an American sports executive and the first woman inducted into the Baseball Hall of Fame. She co-owned the Newark Eagles baseball franchise in the Negro Leagues with her husband Abe from 1935 to 1946 and was sole owner after his death until the club closed in 1948 for financial reasons.

The only female owner in the history of the Negro Leagues, Manley served as the team's business manager and also fulfilled many of her husband's duties as treasurer of the Negro National Leagues. During her ownership of the Eagles, future major league stars Larry Doby (center-fielder), Monte Irvin (left-fielder) and Don Newcombe (pitcher) joined the team, which also won the 1946 Negro Leagues World Series.

Thought of as "light-skinned" black, she was actually born to white parents but was raised by a black step-father and had half-black siblings. She was a force for civil rights in Harlem and Newark and promoted the status of black baseball teams to a greater acceptance level. Her skills as a businesswoman also led the precedent of compensation when Major League teams recruited players from the Negro Leagues. She was later instrumental in gaining recognition for Negro Leagues players in the Baseball Hall of Fame.

Manley was born in Philadelphia, Pennsylvania. Her mother, Bertha Ford Brooks, was of German and Asian-Indian descent. Bertha, who was a seamstress, gave birth to Effa after becoming pregnant by her wealthy white employer, John M. Bishop. Bertha's husband, Benjamin Brooks, who was black, sued Bishop and received a settlement of $10,000 before he and Bertha divorced.

Bertha then remarried, and Effa was raised in a household with a black step-father and black half-siblings. Inheriting somewhat dark skin from her mother, she chose to live as a black person, leading most people to assume her stepfather was her biological father and to classify her as black.

After graduation from high school in Philadelphia, she moved to New York to work in the millinery business. She met Abe Manley, an African-American man 24 years older than she, at the 1932 World Series at Yankee Stadium, where she had gone to see her favorite player, Babe Ruth. She and Manley married in 1935.

Abe had made money through a number of successful investments in real estate and in what some called "numbers banking," or racketeering. 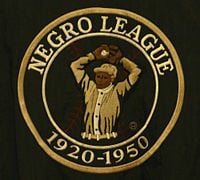 On the foundation of Abe's financial success, the couple created their own baseball club, the Eagles. Abe and Effa started the Eagles as a Negro Leagues team in Brooklyn in 1935, named after the local newspaper. The Eagles played in Ebbets Field, but competition from the Brooklyn Dodgers led to inadequate attendance. The Manleys soon decided to move the team for financial reasons. They then bought the Newark Dodgers, a black semi-pro team, combining it with the Brooklyn team and moving the Eagles franchise to Newark in 1936. Effa and Abe ran the Eagles from 1935-46. After Abe's death, Effa ran the team alone through 1948.

Effa quickly took over day-to-day business operations of the team, while Abe handled his other business. She arranged playing schedules, planned the team’s travel, managed and met the payroll, bought the equipment, negotiated contracts, and handled publicity and promotions. As Abe held the position of treasurer of the Negro National Leagues, Effa handled that job as well.

According to Hall-of-famer Monte Irvin, Effa Manley knew her baseball well. "She was unique and effervescent and knowledgeable," said Irvin. "She ran the whole business end of the team."[1]

Effa brought more than 185 New York City area VIPs to the Eagles' inaugural game in 1935, including Mayor Fiorello LaGuardia, who threw out the first pitch. However, the Eagles lost the opener to the Homestead Grays, 21-7. She also got boxer Joe Louis to throw out a first pitch in the 1946 Negro Leagues World Series. According to author James Overmeyer, she was easily the best promoter in the country.[2]

Manley also worked effectively to improve the condition of the players in the entire league. She advocated better scheduling, pay, and accommodations. Her own players traveled in a $15,000 air-conditioned Flexible Clipper bus, considered extravagant for the Negro Leagues. She also was the only Negro Leagues owner to hire a doctor and trainer for her team. 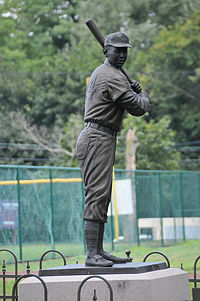 However, Effa's reported dalliances with players were understandably not well received by her husband, Abe. It was suggested that when he found out about her affair with "cocky, flashy-dressing, diamond-sporting" pitcher "Speed" McDuffie, Abe traded the hurler to the New York Black Yankees for much less than he was worth.

In other ways, Effa and Abe thought of their team members as family, out of concern for what her players would do for money during the off-season, she and Abe sponsored a team in the Puerto Rican winter leagues. She and Abe were also godparents to future Hall-of-Fame shortstop Larry Doby’s first child, they loaned money to Monte Irvin for his first house down-payment, and Lenny Pearson (second baseman) said she helped him get started out in business after he quit playing by speaking for him, and she helped him with financing his first tavern. Pitcher James Walker said that she was the disciplinarian of the team: "She would call you in and tell you how to dress, what to do, who to associate with. When you had your problems, if they were personal, you went to Mrs. Manley, and she was very understanding, as long as you toed the line."[3]

Manley also saw her team was as a community resource. Said former Eagles star pitcher and Hall of famer, Max Manning: "The Eagles were to Newark what the Dodgers were to Brooklyn."[4] Author James Overmyer notes that she also worked to make sure the "team had an image of upholding the black community's best standards."[5]

One of her best success stories was the Eagles' victory in the Negro Leagues World Series in 1946. Cumberland Posey, owner of the Homestead Grays, wrote that "Negro baseball owners can take a few tips from the lady member of the league when it comes to advertising."[6]

The Negro Leagues' attendance reached an all-time high during World War II. By the end of the war, the leagues reached a $2 million profit and became one of the largest Black-dominated businesses in the U.S.

After the war, integrating Major League Baseball became a serious issue. The color line was broken in 1946 when Branch Rickey signed Jackie Robinson to play for Montreal, the Dodgers’ Triple-A International League team.[7] Integration began to drain the Negro Leagues of some of their best players. Attendance at Eagles games also plummeted, from 120,000 in 1946 to 57,000 in 1948. Like many other Negro Leagues teams, the Eagles were unable to generate profits.

After Rickey successfully recruited pitcher Don Newcombe away from the Eagles and convinced him to join the Dodgers, Manley wrote angry letters to Rickey asking him to meet with her. Rickey did not respond, but Manley continued to fight for compensation for the Eagles and to speak out against the raiding of Negro Leagues teams without reparation. She ultimately convinced the New York Giants to pay her $5,000 for Monte Irvin in 1949.

With the sale of the rights to Irvin to New York, Manley established the precedent that the contracts of the Negro Leagues clubs should be respected by Major League owners. She also got Indians owner Bill Veeck to buy Larry Doby's contract for $15,000. Doby thus became the first black player in the American League. The deal also established a firm precedent, and Major League owners from then on paid an average of $5,000 for each Negro Leagues player they signed.

Despite these victories, the Eagles folded in 1948 for financial reasons, and several other teams in the Negro National Leagues followed suit.

Manley was not just a socialite philanthropist, she also worked hard to gain fairness for others. She had worked tirelessly selling bonds as a WWII civil defense warden before she and Abe bought the Eagles.

Manley was also a social activist. As part of her work for the Citizens' League for Fair Play (the year before she and Abe created the Eagles) Manley organized a 1934 boycott of Harlem stores that refused to hire black salesclerks. After six weeks, the owners of the stores gave in, and a year later, 300 stores on 125th Street employed blacks. In 1939, Manley held an "Anti-Lynching Day" at Ruppert Stadium.

Manley was the treasurer of the Newark chapter of the National Association for the Advancement of Colored People (NAACP) and often used Eagles games to promote civic causes, such as the Urban League and fundraising for a local hospital.[8]

Some stories about Manley have become legendary. One is that she insisted that Terris McDuffie pitch in a certain game merely because she wanted her women's social club to see him perform. Another tale was that she herself would give signals for the players to bunt by the use of her legs, crossing them and uncrossing them.[9]

Until her death in April 1981 at the age of 81, Manley devoted herself to keeping the history of Negro Leagues baseball alive. In 1976 she published "Negro Baseball … before Integration," which listed 73 players she felt were qualified for the Baseball Hall of Fame. She wrote numerous letters to the Hall of Fame and publications such as The Sporting News, urging recognition for the leagues and its players. The Hall of Fame enshrined 11 players from the Negro Leaguers in 1973 in the Pride and Passion room on the second floor. And in 1985, the Hall of Fame added an exhibit on black baseball. Her photo is prominently displayed in the exhibit. 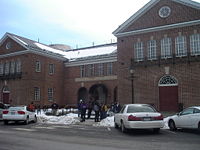 The Entrance to the Baseball Hall of Fame.

In an interview a few years before her death, Manley talked of the joy she received from reminiscing about her days with the Negro Leagues, relived in part through her extensive scrapbook which now is displayed at the Baseball Hall of Fame, in Cooperstown, N.Y.

Effa Manley died in Los Angeles, California. She was buried on Saturday, April 25, 1981, at the Holy Cross Cemetery in Culver City, CA. Her gravestone reads “She Loved Baseball.” She was elected to the Baseball Hall of Fame in February 2006.

Retrieved from https://www.newworldencyclopedia.org/p/index.php?title=Effa_Manley&oldid=1096097
Categories:
Hidden category:
This page was last edited on 17 January 2023, at 02:46.
Content is available under Creative Commons Attribution/Share-Alike License; additional terms may apply. See Terms of Use for details.