The Korean people are the most homogeneous people on earth. Although many nations have invaded and occupied Korea, and some have left their genetic marks, for the most part Koreans have maintained their racial purity. Although racial purity is one reason the Korean people have survived as a nation until today, that is not the fundamental reason. The fundamental reason for the survival and prosperity of the Korean people in the face of numerous challenges lies in their cultural heritage, their religious and philosophical traditions.

Although a variety of different Asian peoples had migrated to the Korean Peninsula in past centuries, few have remained permanently, so by 1990 both South Korea and North Korea numbered among the world's most ethnically homogeneous nations. The indigenous minorities population amounted to negligible number. In South Korea, people of foreign origin, including Westerners, Chinese, and Japanese, amounted to a small percentage of the population who generally resided in the country temporarily.

Like their Japanese neighbors, Koreans tend to equate nationality or citizenship with membership in a single, homogeneous ethnic group or "race" (minjok, in Korean). Koreans view a common language and culture as important elements in Korean identity. The idea of multiracial or multi-ethnic nations, like India or the United States, strikes many Koreans as odd or even contradictory. That consciousness of homogeneity constitutes a major reason why Koreans on both sides of the DMZ viewed their country's division as an unnatural and unnecessary tragedy. 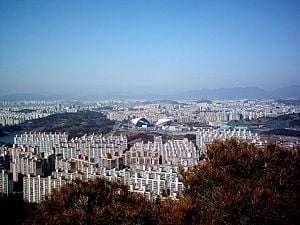 A view of Gwangju (in South Korea) that shows one of the world cup stadiums.

Against the background of ethnic homogeneity, however, significant regional differences exist. Within South Korea, the most important regional difference exists between the Gyeongsang region, embracing Gyeongsangbuk-do and Gyeongsangnam-do provinces in the southeast, and the Jeolla region, embracing Jeollabuk-do and Jeollanam-do provinces in the southwest. The two regions, separated by the Jirisan Massif, nurture a rivalry said to reach back to the Three Kingdoms of Korea Period, which lasted from the fourth century to the seventh century C.E., when the kingdoms of Baekje and Silla struggled for control of the peninsula. Observers noted that interregional marriages rarely occur, and that as of 1990 a new four lane highway completed in 1984 between Gwangju and Daegu, the capitals of Jeollanam-do and Gyeongsangbuk-do provinces, have been unsuccessful in promoting travel between the two areas.

South Korea's political elite, including presidents Park Chung Hee, Chun Doo Hwan, and Roh Tae Woo, have come mainly from the Gyeongsang region. As a result, Gyeongsang has been a special beneficiary of government development assistance. By contrast, the Jeolla region has remained comparatively rural, undeveloped, and poor. Chronically disaffected, its people rightly or wrongly have a reputation for rebelliousness. Regional bitterness intensified with the May 1980 Gwangju massacre, in which government troops sent to quell an insurrection killed about 200 and perhaps many more inhabitants of the capital of Jeollanam-do. Many of the troops reportedly hailed from the Gyeongsang region.

Regional stereotypes, like regional dialects, have been breaking down under the influence of centralized education, nationwide media, and the several decades of population movement since the Korean War. Stereotypes remain important in the eyes of many South Koreans. For example, Koreans tend to describe the people of Gyeonggi-do, surrounding Seoul, as cultured, and Chungcheong people, inhabiting the region embracing Chungcheongbuk-do and Chungcheongnam-do provinces, mild-mannered, manifesting true yangban virtues. The people view those from Gangwon-do in the northeast as poor and stolid, while Koreans perceive those from the northern provinces (now in North Korea) of Pyongan, Hwanghae, and Hamgyong as diligent and aggressive. Jeju Island is famous for its strong-minded and independent women. 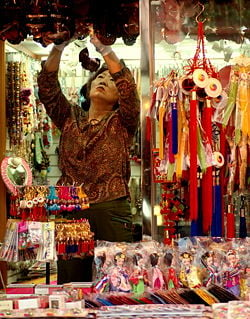 The decline in the population growth rate after 1966 reflected the success of birth control programs. In 1962, the government of Park Chung Hee began a nationwide family planning program. Urbanization, later marriage ages for both men and women, higher education levels, a greater number of women in the labor force, and better health standards also lowered the population growth rate. In the late 1980s, the programs of distributing free birth control devices and information, classes for women on family planning methods, and the granting of special subsidies and privileges (such as low-interest housing loans) to parents who agreed to undergo sterilization retarded birth rates.

The 1973 Maternal and Child Health Law legalized abortion. In 1983, the government began suspending medical insurance benefits for maternal care for pregnant women with three or more children, denying tax deductions for education expenses to parents with two or more children. As in China, cultural attitudes pose problems for family planning programs. Korean parents have a strong preference for sons—who in Korea's Confucian value system—they expect to care for them in old age and carry on the family name—means that parents with only daughters usually continue to have children until a son is born. The government has encouraged married couples to have only one child, promoting the theme in public service advertising, which stresses "have a single child and raise it well." 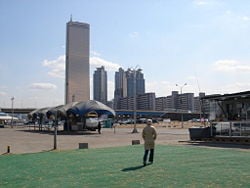 South Korea stands as one of the world's most densely populated countries, with an estimated 482 people per square kilometer in 2003. About 70 percent of South Korea's land area mountainous, forcing the population to concentrate in the lowland areas in densities greater than average.

The extreme crowding in South Korea in 1990 proved a major factor not only in economic development and in the standard of living but also in the development of social attitudes and human relationships. Continued population growth means that the shortage of space for living and working will grow more severe. According to the government's Economic Planning Board, the population density will be 530 people per square kilometer by 2023, the year of expected population stabilization. 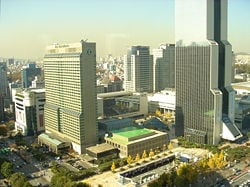 The dislocation caused by the Korean War accounted for the rapid increase in urban population during the early 1950s. Hundreds of thousands of refugees, many of them from North Korea, streamed into the cities. During the post-Korean War period, rural people left their ancestral villages in search of greater economic and educational opportunities in the cities. By the late 1960s, migration had become a serious problem, not only because of terrible overcrowding in the cities, but also because the rural areas lost the most youthful and productive members of their labor force.

In the early 1970s, the Park Chung Hee government launched the Saemaul undong (New Community Movement) as a rural reconstruction and self-help movement to improve economic conditions in the villages, close the wide gap in income between rural and urban areas, and stem urban migration. By the 1970s, many, if not most, farming and fishing villages consisted of older persons; relatively few able-bodied men and women remained to work in the fields or to fish.

To alleviate overcrowding in Seoul's downtown area, the city government drew up a master plan in the mid-1980s that developed four "core zones" in 2000: the original downtown area, Yongdongp'o-Yoido, Yongdong, and Ch'amsil. The plan established satellite towns. Rapid urban growth has brought familiar problems to developed and developing countries alike. The construction of large numbers of high-rise apartment complexes in Seoul and other large cities alleviated housing shortages to some extent. But that also imposed hardship on the tens of thousands of people obliged to relocate from their old neighborhoods because they could not afford the rents in the new buildings. Squatter areas consisting of one-story shacks still existed in some parts of Seoul.

Only the wealthiest enjoyed housing with ample space. The concentration of factories in urban areas, the rapid growth of motorized traffic, and the widespread use of coal for heating during the severe winter months have caused dangerous levels of air and water pollution. Although environmental awareness has increased, a polluted environment will adversely affect the quality of life in the cities for some time to come. According to a 2006 study completed by the National Statistical Office, South Korea's population will peak at 49.3 million in 2018 and then start to decline due to the country's low birth rate. South Korea has the lowest birth rate in the developed world, with an average of 1.08 children per woman.

South Korea is a homogeneous society with absolute majority of the population of Korean ethnicity. In 1970, an estimate of 120,000 Chinese resided in South Korea. Due to economic restrictions by the Korean government, the number officially fell to around 21,000 today. The actual number may be higher since many Chinese work and reside in Korea illegally. In a 10-year period starting in the late 1990s the number of Chinese in Korea exploded. Estimates place at least 300,000 and possibly more than 1,000,000 Chinese in Korea fall into categories of Korean-Chinese (조선족), permanent residents and/or illegal Han Chinese (한족)immigrants .[1][2] [3] [4]A large Chinese community lives in Seoul's Daerim/Namguro area and a smaller but established community in Seongnam. That Chinese-Korean community, known as Hwakyo (화교) by the Koreans, distrusts ordinary Koreans and tend to avoid those unfamiliar to them. Migrant workers from the Philippines and Malaysia live and work and in the main cities, particularly Seoul. A small but growing number of foreigners related to business and education.

The number of marriages between Koreans and foreigners has risen steadily in the past few years. In 2005, South Korea marriages to foreigners accounted for 14 percent of all marriages (about 26,000 marriages). Many Korean agencies encourage 'international' marriages to Chinese, Vietnamese and Thai women, adding a new degree of complexity to the issue of ethnicity.[5] 29,000 United States military personnel serve in Korea.