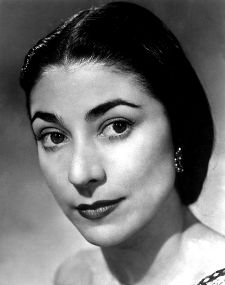 Dame Margot Fonteyn de Arias, DBE, (May 18, 1919 – February 21, 1991), the English assoluta (prima ballerina), was considered the greatest ballerina of her time. Her career spanned over 40 years, highly unusual for a professional ballerina. More significantly, the beauty of Fonteyn's dancing had the power to bring tears to the eyes of her audience. At a moment when most ballerina's would be facing retirement, Fonteyn met and began dancing with Rudolph Nureyev. Their onstage partnership spanned nearly 20 years.

Fonteyn was knighted (made a dame) in 1954 at the age of 35. Through her dancing, Dame Fonteyn brought beauty into this world and raised the art of ballet to a new level. Her name is synonymous with perfection in the art of ballet.

Fonteyn was born Margaret ("Peggy") Hookham in Reigate, England. She was born to an English father and an Irish mother who was the illegitimate daughter of Brazilian businessman Antonio Fontes. Her Brazilian ancestry explains her exotic appearance and supplied a motivation for her eventual Latin American marriage and residence. Early in her career, Margaret transformed Fontes into Fonteyn (a surname her brother adopted as well) and Margaret into Margot; thus her stage name.

Margot lived in China during her childhood for a time. It was in China that she began to study ballet. 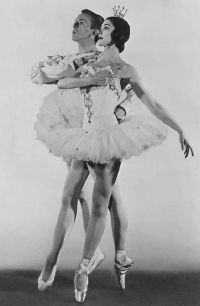 Margot Fonteyn and Robert Helpmann in Sleeping Beauty during a US tour for Sadler's Wells Ballet, 1950

Upon her return from China at 14-years-old, she studied ballet further under some of the greatest ballet teachers of the day; Olga Preobrajenskaya and Mathilde Kschessinskaya, both of whom trained under the great Marius Petipa. She joined the Royal Ballet (then called the Sadler's Wells Theatre) while still a teenager. By 1939, only 20-years-old, she was the company's star. Although Fonteyn was the Royal Ballet's biggest star, its director, Dame Ninette de Valois, cultivated other talents. The Royal Ballet of Fonteyn's day also included Nadia Nerina, Svetlana Beriosova, Lynn Seymour, and Antoinette Sibley.

Fonteyn was also the inspiration and muse for many of Sir Frederick Ashton's ballets, such as Ondine, Daphnis and Chloe, and Sylvia. She was especially renowned for her portrayal of Aurora in Tchaikovsky's Sleeping Beauty. Televised versions of Sleeping Beauty and Ashton's version of Cinderella are now available on DVD. In the 1940s, Fonteyn and Robert Helpmann formed a very successful dance partnership, and they toured together for several years. In 1949, the Royal Ballet toured the United States and Fonteyn became an instant celebrity. In the 1950s, she danced with Michael Somes. But her greatest partnership emerged at a time when many (including the head of the Royal Ballet, Ninette de Valois) thought she was about to retire.

In 1961, Rudolf Nureyev defected to the West. On February 21, 1962, he and Fonteyn first appeared on stage together in a performance of Giselle. It was a great success. During the curtain calls, Nureyev dropped to his knees and kissed Fonteyn's hand, cementing an on-and-offstage partnership which lasted until her 1979 retirement. Fonteyn and Nureyev became known for inspiring repeated frenzied curtain calls and bouquet tosses. In a documentary about Fonteyn, Nureyev said that they danced with "one body, one soul" and that Margot was "all he had, only her." An observer said that "if most people are at level A, they were at level Z." 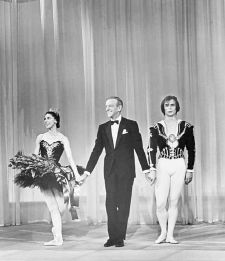 Ashton choreographed Marguerite and Armand for Fonteyn and Rudolf Nureyev. No other couple danced this ballet until the twenty-first century. The pair debuted Kenneth MacMillan's Romeo and Juliet, although MacMillan had conceived the ballet for Lynn Seymour and Christopher Gable. Fonteyn and Nureyev appeared together in a film version of Swan Lake and Kenneth MacMillan's Romeo and Juliet, as well as Les Sylphides and the Le Corsaire Pas de Deux. The contrasts between the two dancers created a tension, chemistry, and beauty on stage that is legendary.

During the 1940s, Fonteyn had a long relationship with composer Constant Lambert which did not lead to marriage.

In 1955, Fonteyn married Dr. Roberto de Arias, a Panamanian diplomat to London. For the first several years of the marriage, Fonteyn had to balance her career as a ballerina with her duties as the wife of a diplomat. The marriage began on unstable ground due to Arias' reputation as a playboy and his reputed infidelities. Ultimately, Fonteyn came to be extremely loyal to her husband. She stayed committed to her marriage through life's trials. Fonteyn was arrested when her husband attempted a coup against the Panamanian government. In 1965, a rival Panamanian politician shot Arias, leaving him a quadriplegic for the rest of his life.

The cost of Arias' medical care is a reason why Fonteyn's career lasted until 1979, her sixtieth year, despite suffering from an arthritic foot. Upon her retirement, the Royal Ballet honored her with the title prima ballerina assoluta. She ended her days in Panama, remaining loyal to Arias in part because she was very devoted to his children from an earlier marriage. Because Arias's medical bills drained her finances, the Royal Ballet held a special "gala" in 1990 for her benefit. Shortly after his death, she was diagnosed with a cancer that proved fatal.

Another significant relationship in Fonteyn's life was her friendship with Rudolph Nureyev. Despite their differences in background, temperament, and a 19-year difference in age, Nureyev and Fonteyn became close lifelong friends and were famously loyal to each other. Fonteyn was protective of Nureyev and would not approve an unflattering photograph of Nureyev. The two shared some offstage adventures. In 1967, they were arrested after a performance in San Francisco, when the police raided a Haight-Ashbury party to which they had been invited. They remained close even after Fonteyn retired to a Panama cattle farm, talking on the phone several times a week even though her farmhouse did not have a telephone. When she was treated for cancer, Nureyev paid many of her medical bills. He also visited often despite his busy schedule as a performer and choreographer, and his own health problems (he was HIV positive and succumbed to AIDS in 1993).

In the extremely competitive world of ballet, Fonteyn was renowned for her consummate professionalism and loyalty to her friends. Her dancing stood out for its lyricism, grace, and passion.

She was chancellor of the University of Durham in County Durham, England from 1981 to 1990. The main hall in the Student Union building, the Fonteyn Ballroom, is named after her.

Without a doubt, her most important legacy was her gift as a ballerina and her long career that spanned so many decades of the twentieth century. Photos and film of the beauty leave a historical record of her greatness as well as her contribution to the art of ballet.