Convention on the Elimination of All Forms of Discrimination Against Women 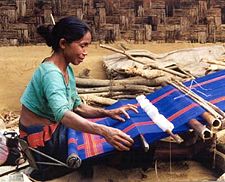 The Convention on the Elimination of All Forms of Discrimination against Women (CEDAW) is an international convention adopted in 1979 by the United Nations General Assembly. Described as an international bill of rights for women, it came into force on September 3, 1981. The United States is the only developed nation that has not ratified CEDAW. As of June 2007, one hundred eighty five nations have ratified CEDAW. The Convention is the result of the efforts of countless women and men to ensure that discrimination against women is outlawed at every level and incorporated into international law.

Those who struggled for the female franchise in the nineteenth century, and those who have struggled since then to ensure equal pay for women and non-discrimination based on gender, have all contributed to this convention. Many obstacles remain, since in countries where national law prohibits discrimination, employers often find ways of circumventing legislation. What is needed is a change of culture in the workplace, so that women are valued and treated equally with men without compromising their roles as mothers, which often makes them vulnerable since this involves time off from work.

The Convention defines discrimination against women in the following terms:

Any distinction, exclusion or restriction made on the basis of sex which has the effect or purpose of impairing or nullifying the recognition, enjoyment or exercise by women, irrespective of their marital status, on a basis of equality of men and women, of human rights and fundamental freedoms in the political, economic, social, cultural, civil or any other field.

The Preamble to the United Nations Charter has a central goal to reaffirm "faith in fundamental human rights, in the dignity and work of the human person, in the equal rights of men and women." This matter of ethics has become a contractual obligation of governments and the United Nations.

The International Bill of Human Rights strengthened the emphasis on women. The Universal Declaration of Human Rights proclaimed the entitlement of equality for all people before the law and the enjoyment of human rights and fundamental freedoms. Both include gender as an impermissible distinction.

However, these instruments and women's humanity have proved insufficient to guarantee women around the world full enjoyment of their rights. Since the establishment of the Commission on the Status of Women, the Commission has sought to define and elaborate general guarantees in human rights instruments of equal enjoyment of agreed upon rights for women. The Commission on the Status of Women (CSW) has been a vehicle for preparing recommendations on urgent problems in the field of women's rights.

During the years 1949, 1959, 1962, and 1965 a number of conventions (treaties) were adopted to define and protect the rights of women in politics and within marriage, areas of women's rights that the CSW viewed as particularly vulnerable. Ultimately these treaties dealt with discrimination only in a fragmented way. In addition, the general United Nations Human Rights regime was not as effective as it should have been in protecting and promoting women's rights.

On December 5, 1963, the UN General Assembly resolved (Resolution 1921) to request that the Economic and Social Council invite the Commission on the Status of Women to prepare a draft of a comprehensive declaration articulating the equal rights of men and women. This process was supported by women activists within and outside of the United Nations system. CSW selected a committee, who began the drafting process in 1965. The Declaration on the Elimination of Discrimination against Women was presented to the General Assembly and adopted on November 7, 1967. The drafting was difficult even though it was only a moral statement and not contractual like a treaty. Committee members struggled to come to consensus about certain aspects of content.

Several years later in 1972, the Commission on the Status of Women contemplated preparation of a binding treaty and called upon the UN Secretary-General to solicit input on the idea from the Member States. The following year, a working group was formed and in 1974, based on the report from the working group, the CSW decided to prepare a single, comprehensive internationally binding instrument. The Convention on the Elimination of all forms of Discrimination Against Women was prepared by 1976. A working group within the General Assembly deliberated on the document from 1977 to 1979. The CEDAW was adopted by the General Assembly in 1979 by Resolution 34/180. One hundred and thirty countries voted for the Convention, none opposed. There were ten abstentions.

At the Copenhagen World Conference on the Decade for Women: Equality, Development, Peace on July 17, 1980, sixty four Member States signed the Convention and two States submitted ratification documents. On September 3, 1981, 30 days after the twentieth State ratified, the Convention went into force, faster than any previous human rights instrument.

Convention oversight is the task of the Committee on the Elimination of Discrimination against Women, which is made up of 23 experts on women's issues from different UN member states. The Committee meets twice a year to review reports on compliance with the Convention's provisions that the signatory nations are required to submit every four years.

The committee is one of the seven UN-linked human rights treaty bodies.

The Committee's members, described as "experts of high moral standing and competence in the field covered by the Convention," are elected to serve four-year terms in staggered elections held every two years. Its officers are a chairperson, three vice-chairpersons, and a rapporteur. Efforts are made to ensure balanced geographical representation and the inclusion of the world's different forms of civilization and legal systems.

In 1999, the General Assembly of the United Nations adopted the Optional Protocol of CEDAW. The Protocol includes a procedure through which individual women or groups can denounce national violations of CEDAW directly to CEDAW’s committee of experts. As of November 2006, 83 states had ratified the Protocol.

The CEDAW has been controversial for statements seen by some as promoting radical feminism. Particularly referenced is a 2000 report which said that in Belarus, "the Committee is concerned by the continuing prevalence of sex-role stereotypes and by the reintroduction of such symbols as a Mothers' Day and a Mothers' Award, which it sees as encouraging women's traditional roles."[1] Other controversial positions of CEDAW include supporting the decriminalization of prostitution, criticizing Slovenia because only 30 percent of children are in daycare, demanding equal treatment for work of "equal value," and a treaty requirement that nations "embody the principle of the equality of men and women in their national constitution or other appropriate legislation."

There is a mechanism defined for Member States who wish to ratify the Convention but have reservations about particular wording in certain sections. This would be a way that the United States Senate could proceed with ratification but submit reservations regarding certain aspects of the Convention that may compromise the U.S. Constitution or otherwise cause too strong a controversy among citizens of the United States.

Many Islamic countries view the CEDAW as culturally biased towards the Western nations and have consequently placed reservations on the elements that they see as in fundamental contradiction with Islamic Sharia law.