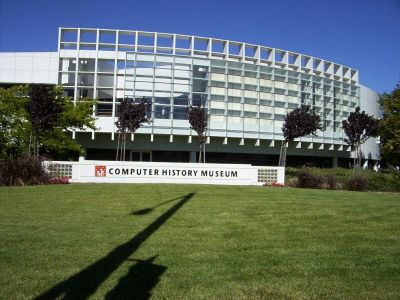 A computer museum is a museum devoted to the preservation, education, and study of computers. Computer museums often hold historic mainframe super computers as well as abacuses and other historic computing devices. Such displays and collections which include information about inventors and their inventions help visitors to understand today's computer technology in a broader historical context.

Some computer museums are part of science museums, while some are independent museums. The Computer History Museum in Silicon Valley, California, is the largest computer museum in the world.

Some computer museums exist within a larger institution, such as the Science Museum in London and the Deutsches Museum in Munich. Others, such as the Computer History Museum in Mountain View, California, the Heinz Nixdorf Museum in Paderborn, and The National Museum of Computing at Bletchley Park, are dedicated specifically to computing. Some specialize in the early history of computing, others in the era that started with the first personal computers such as the Apple I and Altair 8800, Apple IIs, older Apple Macintoshes, Commodore Internationals, Amigas, IBM PCs, and more rare computers such as the Osborne 1. Some concentrate more on research and conservation, while others focus more on education and entertainment.

The UK National Archive for the History of Computing in Manchester, England concentrates on the preservation of historical documents related to computing, rather than on the computers themselves.

Other collections exist only in online form. There is an extensive hardware collection at old-computers.com,[1] first opened online in 1996. Collections of software and documentation also exist online, for example at Bitsavers.[2] 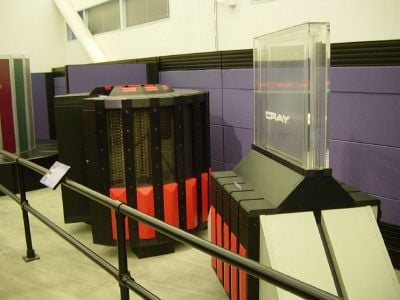 A Cray-2 supercomputer at the Computer History Museum in Mountain View. 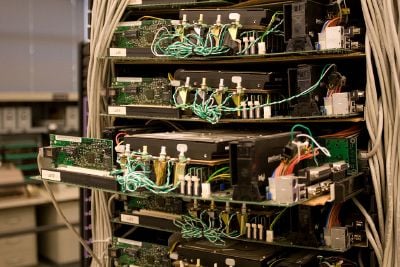 An example of Google's custom server racks on display at the Computer History Museum in Mountain View.

The Computer History Museum is a museum established in 1996 in Mountain View, California, when The Computer Museum (TCM, in Boston) sent the majority of its historical collection to Moffett Field, California, so that TCM could concentrate on computing-related exhibits for children. Thus, it was originally the West Coast division of The Computer Museum, named The Computer Museum History Center until it shortened its name in 2001, when it focused on the preservation and presentation of the stories and artifacts of the information age, and further the computing revolution and its effect.

Originally located at Moffett Field in an old building that was previously the Naval Base furniture store, the museum acquired its current building (previously occupied by Silicon Graphics), in Mountain View, California, U.S. (Silicon Valley), in October 2002. It opened there to the public in June 2003.

The Computer History Museum[3] is home to the largest and most significant collection of computing artifacts in the world. This includes many rare or one-of-a-kind objects such as a Cray-1 supercomputer (The Cray-1 was a supercomputer designed by a team including Seymour Cray for Cray Research. The first Cray-1 system was installed at Los Alamos National Laboratory in 1976, and it went on to become one of the best known and most successful supercomputers in history) as well as a Cray-2, Cray-3, and, on request, Cray-4 parts, the Utah teapot, the 1969 Neiman Marcus Kitchen Computer, Hewitt Crane's all-magnetic computer, an Apple I, an example of the first generation of Google's racks of custom-designed web servers, and the first coin-operated video game. The collection comprises of nearly 50,000 objects, photographs and films, as well as 4,000 feet (1,200 m) of cataloged documentation and several hundred gigabytes of software.

Other photographs from the Computer History Museum

The National Museum of Computing (U.K.)

The National Museum of Computing is a museum in the United Kingdom dedicated to collecting and restoring historic computer systems. The museum is based at Bletchley Park in Buckinghamshire, and opened on July 12 2007. It is fully open to the public on Thursdays and Saturdays. Access to the museum is free to paying visitors to Bletchley Park.

On display in the museum are many famous early computing era machines, including the Colossus computer, a machine that helped break German encryption during World War II.[4] The Colossus rebuild project is open to visitors seven days a week.

The museum includes iconic machines from the 1960s such as the Elliott 803 and 905, an ICL 2966 mainframe from the 1980s, a wide range of analogue computers, a hands-on retrocomputing room, a gaming room, and several restoration projects such as the PDP-8 and the PDP-11-based air traffic control system from London Terminal Control Centre at West Drayton near London.

The museum is managed by the CodesandCiphers Heritage Trust,[5] a registered charity. The title The National Museum of Computing is an operating name.

The initial cost of opening the museum was around £250,000. Fundraising continues, and the museum has received donations from PGP Corporation,[6] IBM, and HP.

The American Computer Museum is a museum of the history of computing located in Bozeman, Montana. It was founded in May 1990, by Barbara and George Keremedjiev as a non-profit organization. The museum was originally intended to have been located in Princeton, New Jersey, but the location was changed when the founders moved to Bozeman. It is likely the oldest extant museum dedicated to the history of computers in the world. The Computer Museum in Boston opened first, but it closed in 1999.

Retrieved from https://www.newworldencyclopedia.org/p/index.php?title=Computer_museum&oldid=1083550
Categories:
This page was last edited on 23 October 2022, at 23:17.
Content is available under Creative Commons Attribution/Share-Alike License; additional terms may apply. See Terms of Use for details.