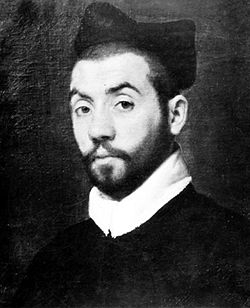 Clément Marot (1496–1544), was a major French poet of the Renaissance period who is often viewed as the most important poet of his period because his work bridges the medieval poetry of his forbears, the Rhétoriqueurs, and the latter Renaissance poetry of the movement known as La Pléiade. Much of the medieval poetry of Marot's time was extraordinarily abstruse, written in archaic language in complex forms that left the meaning almost entirely obscure. Although Marot mastered this complex style and wrote a number of excellent poems in imitation of it, he would eventually completely reject the obscurity and complexity of his forebears and devise an entirely new style of French poetry focused on the vernacular language and simple yet elegant formal techniques. Marot was greatly influenced by his studies of the French poet Francois Villon (whose works Marot edited, collected and published) as well as by the Latin classics—particularly the poetry of Virgil, Ovid, and Horace, which he translated into French. Among Marot's most critically acclaimed works are his verse translations of the Psalms which, according to some, directly influenced the cause of Protestanism in sixteenth-century France. Marot is also particularly well-known for the blason, a poetic form he invented which involves the meticulous description of an ordinary, minute thing, which some have praised as a precursor to the Imagism of the twentieth-century moderns. Although Marot was overshadowed for many centuries by his immediate succesors, the poets of La Pléiade, he has within the last hundred years returned to the limelight, and many now agree that Marot is the first poet of the French Renaissance.

Marot was born at Cahors, the capital of the province of Quercy, some time during the winter of 1496-1497. His father, Jean Marot (c. 1463-1523) was a Norman from the Caen region and was himself a poet of considerable merit. Jean held the post of escripvain, or poet-historian, to Anne of Brittany. He had lived in Cahors for a considerable time, and twice married there, his second wife was the mother of Clement. The boy was brought into France in 1506. He appears to have been educated at the University of Paris, and to have then begun studying law. Jean Marot took great pains to instruct his son in the fashionable forms of verse-making, which called for some formal training.

It was the time of the Rhétoriqueurs, poets who combined stilted and pedantic language with an obstinate adherence to the allegorical manner of the Medieval Ages and to the most complicated and artificial forms of the ballade and the rondeau. Clément practised this form of poetry, which he would later help overthrow. He began translating Virgil in 1512. He soon gave up the study of law to become page to Nicolas de Neuville, who led to his introduction into court life.

As early as 1514, before the accession of Francis I, Clément presented to him his Judgment of Minos, and shortly afterwards he was either styled or styled himself the "poet of the reign" to Queen Claude. In 1519 he was attached to the suite of Marguerite d'Angoulême, the king's sister, a great patron of the arts. He was also a great favorite of Francis himself, attended the Field of the Cloth of Gold in 1520, duly celebrating it in verse. In the next year he was at the battlefield in Flanders, and wrote of the horrors of war.

In 1524, Marot accompanied Francis on his disastrous Italian campaign. He was wounded and taken prisoner at the Battle of Pavia, but soon released, and was back in Paris again by the beginning of 1525. While Marot was away, however, formidable opposition to intellectual and literary innovation began to manifest at court, and Marot, never particularly prudent, was arrested on a charge of heresy, lodging in the Châtelet in February 1526. The imprisonment caused him to write a vigorous poem entitled L'Enfer (Hell). His father died about this time, and Marot seems to have been appointed in Jean's place as servant to the king. In 1530, he married. The following year he was once again in trouble, this time for attempting to rescue a prisoner, but was again released.

In 1532, he published, under the title of Adolescence Clémentine, the first printed collection of his works. The collection proved very popular and was frequently reprinted with additions. Dolet's edition of 1538 is believed to be the most authoritative. Unfortunately, the poet's enemies, not discouraged by their previous failures, ensured that Marot was implicated in the scandalous 1534 Affair of the Placards, and this time Marot was forced into exile. He made his way to Renée, Duchess of Ferrara, a supporter of the French Protestant Reformation. At Ferrara Marot's work included the celebrated Blasons (a descriptive poem focusing upon minute detail, a form devised by Marot), which resulted in all the verse-writers of France imitating him. The blason form proved so popular that an anthology of blasons, written by Marot's followers, was assembled as soon as 1543 with the title Blasons anatomiques du corps féminin.

Duchess Renée was not able to persuade her husband to share her views, and Marot had to leave Ferrara. He went to Venice, but before very long Pope Paul III remonstrated with Francis I on the severe treatment of the Protestants, and they were allowed to return to Paris on condition that they recant their errors. Marot returned with the rest, abjuring his heresy at Lyon.

It was at this time that his famous translations of the Psalms appeared. The powerful influence which the book exercised on contemporaries is universally acknowledged. They were sung in the court and in the city. So great was their popularity that they are said, probably with some exaggeration, to have done more than anything else to advance the cause of the Reformation in France.

The publication of the Psalms gave the Sorbonne the opportunity to condemn Marot. In 1543, it was evident that he could not rely on the protection of Francis. Marot accordingly fled to Geneva; but the stars were now decidedly against him. He had, like most of his friends, been at least as much of a freethinker as a Protestant, and this was fatal to his reputation in the Calvinist land of Geneva. He again had to flee, and made his way into Italy, where he died at Turin in the autumn of 1544.

In character Marot seems to have been a typical Frenchman of the old stamp, cheerful, good-humored and amiable enough, but probably not very much disposed to serious reflection. He was on excellent terms with other poets like Mellin de Saint-Gelais and Brodeau, as well as prose writers like Rabelais and Bonaventure des Périers. Whatever his personal weaknesses, his importance in the history of French literature is very great, and has been long undervalued. Coming immediately before a great literary reform—that of the Pléiade—Marot suffered the drawbacks of his position; he was both eclipsed and decried by the reformers.

Marot was not simply a "poet of transition" whose only significance was to establish the basis for his more popular successors. He was a radical reformer who carried out his own reform—both in poetry and in thought. His early work was couched in the rhétoriqueur style, the distinguishing characteristics of which are elaborate meter and rhyme, allegoric matter and pedantic language. In his second stage, he entirely emancipated himself from this style, becoming one of the least affected, easiest to read vernacular poets in French history. In this regard he has, with the exception of La Fontaine, no rival. Subsequent writers of light verse have taken one or the other, or both, as a model.

In his third period he lost a little of this flowing grace and ease, but acquired something in stateliness, while losing nothing in wit. Marot is the first poet who strikes readers of French as distinctively modern. He is not so great a poet as Villon nor as some of his successors of the Pléiade, but he is much less antiquated than the former and not so elaborately artificial as the latter. If there is a fault to find with Marot, it is undoubtedly that in his gallant and successful effort to break up the stiff forms and stiffer language of the fifteenth century, he made his poetry almost too vernacular and pedestrian. He has passion, and picturesqueness, but only rarely; and while the style Marotique was supreme, French poetry ran some risk of finding itself unequal to anything but graceful vers de société.