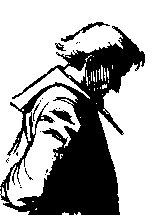 Thomas Helwys, (c. 1575 – c. 1616), was one of the joint founders of the Baptist denomination. He was, with John Smyth the leader of a non-conformist congregation of English émigrés in Amsterdam, where they had taken refuge from religious persecution in England, which they formed in the year 1608. Already persuaded that the local church in each place should be self-governing, as they studied the Bible they became convinced that baptism should follow, not precede, a mature declaration of faith in Jesus Christ as savior. Rejecting the validity of infant baptism, Helwys and Smyth decided that members of their congregation should be baptized as believers. This is often referred to as re-baptism, hence the term "anabaptist," applied to those radical reformers who already practiced what for those who do not regard infant baptism as valid is "believers baptism," not re-baptism. Smyth subsequently identified himself with the Mennonites, while in 1611 or 1612, Helwys led his followers back to England where he established the first Baptist congregation in London, near Spitalfields.

In 1612, Helwys published the first plea for religious liberty in English but this did not prevent his imprisonment. King James I of England did not approve of Helwys' desire for the separation of church and state. He died in prison, aged only 40, in 1616.

Did you know?
Thomas Helwys, one of the founders of the Baptist denomination, was a staunch advocate of religious freedom

Helwys and the first English baptists became known as General Baptists, and preached a form of Arminianism (after Jacobus Arminius (c.1559-1609) who believed that all people can attain salvation), while the later Particular Baptists were Calvinist in theology but congregational in church organization. While Baptist church polity stresses the independence, or self-governance, of each local congregation, an early feature of Baptist life was that churches associated together in fellowship and in order to share resources and soon appointed "Messengers" who exercised regional oversight. Helwys maintained communication with the Dutch Mennonites. Helwys was not as theologically significant as Martin Luther and John Calvin, for example, or of the later founder of Methodism, John Wesley, but the denomination he and Smyth founded grew to become the largest Protestant body in the world.

Not a great deal of detail is known about Thomas Helwys’ early life. However, some basic facts have been established. Thomas Helwys was born close to Nottingham, England around 1575 and was brought up on the Broxtowe Hall estate (Nottingham) that been in his family for generations.

Thomas’ uncle Geoffrey was a successful merchant and an alderman and sheriff of London. His cousin, Gervase, was knighted by King James before becoming lieutenant of the Tower of London. After completing his studies at Gray’s Inn (one of the ancient schools of law in London where barristers qualify for the bar) in 1593, Thomas himself spent some time in the capital.

Thomas married Joan Ashmore at St. Martin’s Church, Bilborough (Nottingham) in 1595. They had seven children over the next twelve years and lived at Broxtowe Hall. During this time, the Helwys' home became a haven for early puritan dissenters within the Church of England and it is likely that Thomas contributed financially to their mission. At some point, Thomas Helwys developed a close bond with dissenter John Smyth and he and his wife became committed members of Smyth’s separatist congregation in Gainsborough, Lincolnshire. The 60 or 70 Separatists in Gainsborough were allowed to meet in secret in Gainsborough Old Hall by the Hall's sympathetic owner Sir William Hickman. (By late 1606 a second Separatist church had been established at Scrooby Manor.)

Inevitably, the Church authorities were unable to tolerate any significant degree of puritan independence. In 1607, the High Court of Ecclesiastical Commission resolved to clamp down on the Gainsborough and Scrooby dissenters. Sometime later in the winter of 1607/08, Thomas Helwys, John Smyth and around forty others from the Gainsborough and Scrooby congregations fled to the safety of Amsterdam in the more tolerant Dutch Republic. (Protestant dissenters in England still faced being burnt at the stake for ‘Heresy’. On April 11, 1611, Baptist Edward Wightman became the last religious martyr to be burnt). Assuming their safety, Helwys allowed his family to remain in England. Unfortunately, his wife was soon arrested and, after refusing to take the oath in court, she was imprisoned. It is likely that she was banished after three months in prison.

It was in the Dutch Republic that a distinctive Baptist faith first emerged amongst the English émigrés. Open debate amongst the émigrés, and close contact and interaction with earlier English exiles and continental Protestants, led the congregation to question the meaning and practice of baptism, among other things. John Smyth became convinced that baptism should be for Christian believers only and not for infants. The other English émigrés agreed. However, it was only after Smyth, an ordained Anglican priest, had first baptized himself, then Helwys and the whole congregation that they encountered the Mennonites in Amsterdam. Smyth, always referred to after this as the 'se-baptist', or self-baptized, realized that a properly constituted church already existed which practiced the correct form of baptism and though that he had made a mistake in not first seeking baptism from the Mennonites. Smyth embraced Mennonite doctrines, while Helwys and a dozen or so others began to formulate the earliest Baptist confessions of faith. This ‘confession’ became the 27 articles in A Declaration of Faith of English people remaining at Amsterdam in Holland (1611).

Helwys then led his followers back to England where he established the first Baptist congregation in London, near Spitalfields. In the next 12 months or so, Helwys wrote three more important works: an argument for Arminianism (A short and plain proof, by the word and works of God, that God’s decree is not the cause of any man’s sin or condemnation: and that all men are redeemed by Christ; as also that no infants are condemned), a polemic explaining his differences with the Mennonites, and, most importantly, A Short Declaration on the Mystery of Iniquity, a critique and apocalyptic interpretation of the Papacy as well as criticisms of Brownism and Puritanism, and possibly the first ever English book defending the principle of religious liberty. For Helwys, religious liberty was a right for everyone, even for those he disagreed with, such as Catholics and Muslims (he called them Turks).

Despite the obvious risks involved, Helwys and twelve Baptist émigrés returned to England to speak out against religious persecution. They founded the first Baptist congregation on English soil in Spitalfields, east end of London. Early in 1612, Helwys was able to publish ‘The Mystery of Iniquity’. He wrote an appeal to King James I arguing for liberty of conscience and sent him a copy of his book. "The King," Helwys said, “is a mortal man, and not God, therefore he hath no power over the mortal soul of his subjects to make laws and ordinances for then and to set spiritual Lords over them."

Helwys’ presentation copy of ‘The Mystery of Iniquity’ is still preserved in the Bodleian Library at the University of Oxford.

The King had Helwys thrown in Newgate prison, where he died in 1616 at the age of forty.

"If the Kings people be obedient and true subjects, obeying all humane lawes made by the King, our Lord the King can require no more: for men’s religion to God is betwixt God and themselves; the King shall not answer for it, neither may the King be judge between God and man." — A Short Declaration of the Mistery of Iniquity

"If our lord the King by his discerning judgment see that as Queen Mary by her sword of justice had no power over her subjects consciences (for then had she power to make them all Papists, and all that resisted her therein suffered justly as evil doers) neither hath our lord the King by that sword of justice power over his subjects consciences: for all earthly powers are one and the same in their several dominions" — A Short Declaration of the Mistery of Iniquity

Helwys' plea for separation of church and state and for full religious freedom inspired many within the Free Church movement (those churches, such as Congregational and Baptist that separated themselves from the State church, also known as Separatists). Later, these principles became enshrined in the founding documents of the United States of America, since many of those who settled in the American colonies and did so in order to practice their faith freely. Early in his life, Helwys had identified with the Puritans, many of whom were among the Pilgrim Fathers when they sailed to Plymouth in 1620.

Perhaps Helwys' main legacy is the Baptist denomination, a world-wide fellowship of Christians numbering some 110 million.[1] Helwys did not call for partial but for complete religious liberty and David Reagan reminds modern Baptists to remember that this defense of liberty is part of their heritage, and should not be forgotten, "If we do not learn from history, we will live in its shadows once again."[2]

Thomas Helwys is honored with the Helwys Hall at Regent's Park College, Oxford. Broxtowe Hall, the Hewlys' family home, is now only a remnant but in nearby Bilborough Baptist Church there is a simple plaque to his memory.

The Thomas Helwys Centre for Religious Freedom was opened at Bristol Baptist College, the oldest Baptist seminary, in 2002 and named in honor of Helwys whose "remarkable plea for religious freedom ... has given him an honored place among baptists."[3] The Centre was transferred to the International Baptist Theological Seminary (IBTS) in Prague in 2006.