Primo Levi (July 31, 1919 – April 11, 1987) was a Jewish Italian chemist, Holocaust survivor and author of memoirs, short stories, poems, and novels. As a scientist, he is best known for his dispassionate, matter-of-fact reminiscences of his experience of the Holocaust, and in particular his account of the year he spent as a prisoner in Auschwitz, the infamous death camp in Nazi-occupied Poland. If This Is a Man (published in the United States as Survival in Auschwitz) has been described as one of the most important works of the twentieth century.[1] He is also the author of The Periodic Table which contains 21 reflections on the connections between the chemical, physical and moral spheres.

Levi was born in Turin in 1919 into a liberal Jewish family. In 1934 he enrolled in the Massimo d'Azeglio liceo classico, a secondary school specializing in the classics. The school was noted for its well-known anti-Fascist teachers, amongst them Norberto Bobbio, and for a few months Cesare Pavese, also an anti-Fascist and later to become one of Italy's best-known novelists.[2] Levi graduated from the school in 1937 and enrolled in the University of Turin where he studied chemistry. In 1938, the Fascist government introduced racial laws that prohibited Jewish citizens from attending state schools. As a result, Levi had difficulty finding a supervisor for his thesis, but nevertheless graduated in 1941 with full marks and merit, having submitted a thesis in physics. His degree certificate bore the remark, "of Jewish race." The racial laws also prevented Levi from finding a suitable permanent position after he had graduated.

In September 1943, after the Italian government under Marshal Pietro Badoglio signed an armistice with the Allies, the former leader Benito Mussolini was rescued from imprisonment by the Germans and installed as head of the Italian Social Republic, a puppet state in German-occupied northern Italy. The Italian resistance movement became increasingly active in the German-occupied zone. Levi and a number of comrades took to the foothills of the Alps and attempted to join the liberal Giustizia e Libertà partisan movement. Completely untrained for such a venture, he and his companions were quickly arrested by the fascist militia. When it was discovered that he was Jewish, he was sent to an internment camp for Jews at Fossoli near Modena.

On February 11, 1944, the inmates of the camp were transported to Auschwitz in 12 cramped cattle trucks. Levi spent eleven months there before the camp was liberated by the Red Army. Of the 650 Italian Jews in his shipment, Levi was one of only 20 who left the camps alive. The average life expectancy of a new entrant was three months.

Levi survived because of a conjunction of circumstances. He knew some German from reading German publications on chemistry; he quickly oriented himself to life in the camp without attracting the attention of the privileged inmates; and he used bread to pay a more experienced Italian prisoner for German lessons and orientation in Auschwitz. His professional qualifications were also useful; in mid-November 1944 he was able to use his expertise in chemistry to secure a position as an assistant in the Buna laboratory that was intended to produce synthetic rubber, and therefore avoided hard labor in freezing temperatures outdoors. Shortly before the camp was liberated, he fell ill with scarlet fever and was placed in the camp's sanatorium. This was a fortuitous development; in mid-January 1945 the SS hurriedly evacuated the camp as the Red Army approached, forcing all but the gravely ill on a long death march which resulted in the death of the vast majority of the remaining prisoners. Levi's illness spared him this fate.

Although liberated on January 27, 1945, Levi did not reach Turin until October 19 of that year. After spending some time in a Soviet camp for former concentration camp inmates, he embarked on a long journey home in the company of former Italian prisoners of war from the Italian Army in Russia. His long railway journey home to Turin took him on a circuitous route from Poland, through Russia, Romania, Hungary, Austria and Germany. 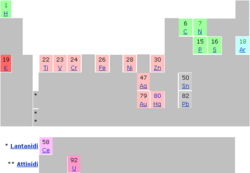 Upon his return to Italy, Levi became an industrial chemist at the SIVA chemical factory in Turin. He started to write about his experiences in the camp and his subsequent journey home through Eastern Europe, in what would become his two classic memoirs: If This Is a Man (Se questo è un uomo) and The Truce (La tregua), published in the United States as Survival in Auschwitz and The Reawakening. If This Is A Man was rejected by Einaudi, the fashionable and left-leaning publishing house in Levi's home city of Turin. A small publisher, De Silva, brought out the book in November 1947 with a print run of 2000 copies. Despite a positive review by Italo Calvino in L'Unità, only 1,500 copies were sold. Levi had to wait till 1958 before Einaudi published it, in a revised form. This led to its translation into English in 1959, translation into many other languages and eventual acceptance as a classic.

The Truce came out in 1963, almost 16 years after his first book was published, and the same year it won the first annual Premio Campiello literary award. It is often published in one volume with If This Is a Man, as it covers his long return from Auschwitz. Levi's reputation was growing. He regularly contributed articles to La Stampa, the Turin newspaper. He wished to be known as a writer about other subjects. His least successful work, in the long term, was his collection of science fiction stories, many deeply pessimistic, Vizio di Forma.

He also wrote two other highly praised memoirs, Moments of Reprieve and The Periodic Table. Moments of Reprieve deals with characters he observed during imprisonment. The Periodic Table is a collection of short pieces, mostly episodes from his life but also two fictional short stories that he wrote before his time in Auschwitz, all related in some way to one of the chemical elements. At London's Royal Institution on October 19, 2006 it was voted “the best science book ever written”.[3]

Levi retired from his position as manager of SIVA in 1977 to devote himself full-time to writing. The most important of his later works was his final book, The Drowned and the Saved, an analysis of the Holocaust in which Levi explained that, although he did not hate the German people, he had not forgiven them. His best-known short stories are found in The Monkey's Wrench (1978), a collection of stories about work and workers told by a narrator resembling Levi himself.

His happiest book is The Wrench, a celebration of the Piedmontese rigger Faussone, who travels the world as an expert in erecting cranes and bridges. It also celebrates the positive side of work; doing a good job and solving difficult problems. This work aroused criticism from left wing critics, because he did not write about the working conditions on the assembly lines at FIAT. However, it brought him a wider audience in Italy, winning the Strega Prize in 1979.

In 1982 his only novel, If Not Now, When? (in Italian, Se non ora, quando) was published. It traces the fortunes of a group of Jewish Soviet partisans behind German lines during World War II as they seek to continue their fight against the occupier and survive. With the idea of reaching Palestine to take part in the construction of the Jewish national home as their ultimate objective, the partisan band reaches Poland and then German territory before the surviving members are officially received in territory held by the Western allies as displaced persons. Finally, they succeed in reaching Italy, on their way to Palestine. The novel won both the Premio Campiello and the Premio Viareggio.

Levi became a major literary figure in Italy. The Truce became a set text in Italian schools. His books were regularly translated into many other languages. In 1985, he flew to America for a 20-day speaking tour. In the Soviet Union his early works were not acceptable to censors because of their portrayal of the Soviet soldiers as human and shambolic, rather than heroic. In Israel, a country formed partly by refugees who escaped from Germany and Poland through Italy to Palestine along the same railway route as Levi, Levi's works were not translated until after his death.

Levi's views on Nazism and Antisemitism

Levi was driven to write If This Is a Man by a desire to bear witness to the horrors of the Nazis' attempt to exterminate the Jewish people. He read many accounts of witnesses and survivors, attending meetings of survivors. He became in the end a symbolic figure for anti-fascists in Italy.

Levi visited over 130 schools to talk about his experiences in Auschwitz. He was shocked by revisionist attitudes that tried to rewrite the history of the camps as less horrific, what is now referred to as Holocaust denial. His view was that the Nazi death camps and the attempted annihilation of the Jews was a horror unique in history because the aim was the complete destruction of a race by one that saw itself as superior; it was highly organized and mechanized; it entailed the degradation of Jews even to the point of using their ashes as materials for paths[4].

With the publication in the late 1960s and 1970s of the works of Alexander Solzhenitsyn, the world became aware that the Soviet regime used camps (gulags) to repress dissidents who might be imprisoned for as long as 20 years. There were similarities with the Lager; the hard physical work and poor rations. Levi rejected, however, the idea that the Gulag Archipelago and the system of the Nazi Lager (German: Vernichtungslager; see Nazi concentration camps) were equivalent. The death rate in the gulags was estimated at 30 percent at worst, he wrote, while in the Lager he estimated it was 90-98 percent [5]. The aim of the Lager was to eliminate the Jewish race. No one was excluded. No one could renounce Judaism; the Nazis treated Jews as a racial group rather than a religious one. Many children were taken to the camps, and almost all died.[6] The purpose of the Nazi camps was not the same as that of the Soviet gulags, Levi wrote in an appendix of If this is a Man, though it is a "lugubrious comparison between two models of hell" [7].

Levi himself, along with most of Turin's Jewish intellectuals, was not religiously observant. It was the Fascist race laws and the Nazi camps that made him feel Jewish. Levi writes in clear almost scientific style about his experiences in Auschwitz, showing no lasting hatred of the Germans. This has led some commentators to suggest that he had forgiven them, though Levi denied this.

Levi died on April 11, 1987 when he fell from the interior landing of his third-story apartment to the ground floor below, leading to speculation that he had killed himself. Elie Wiesel said at the time that "Primo Levi died at Auschwitz forty years later." [2] Although some family friends and commentators have argued that the fall could have been accidental, most biographers agree with the coroner's verdict that Levi committed suicide.

The circumstances of his death remain fascinating to literary critics, fans, and biographers, as perhaps a final meditation on the mixture of darkness and optimism that characterized his life and work.