Janet Leigh (born Jeanette Helen Morrison; July 6, 1927 – October 3, 2004) was an American actress. Her most famous role was in Alfred Hitchcock's classic Psycho, for which she received a Golden Globe and was nominated for an Academy Award. Leigh’s career spanned more than 50 years and she is listed as one the top 100 best actresses of the century.

She is remembered most for her memorable role in Psycho, particularly the harrowing shower scene. Leigh also starred in two other films that helped shaped modern cinema and often are selected as the top movies of the twentieth century. Those films are Touch of Evil, and Manchurian Candidate.

Known for her on screen roles as a terrorized victim in horror movies she had a reputation for being very positive and upbeat in her personal life and rarely had anything to say negative about anyone in Hollywood.

Leigh was born in Merced, California as the only child of Helen Lita Westergard and Frederick Robert Morrison. She was discovered by actress Norma Shearer, whose late husband Irving Thalberg had been a senior executive at Metro-Goldwyn-Mayer. Shearer showed talent agent Lew Wasserman the photograph she had seen of Leigh while vacationing at the ski resort where the girl's parents worked. She left the University of the Pacific, where she was studying music and psychology, after Wasserman secured a contract with MGM. 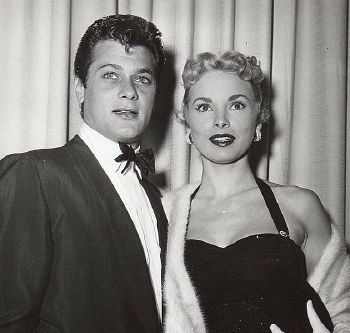 Leigh eloped at the age of fourteen with John Carlyle in 1942; however, their marriage was annulled. In 1946, she tied the knot with Stanly Reames, but divorced after two years. Leigh then married her third husband, Tony Curtis, on June 4, 1951. They had two children, actresses Kelly and the better known Jamie Lee. Curtis, who admitted to cheating on her throughout their marriage, left Leigh in 1962 for Christine Kaufmann, the 17-year-old German co-star of his latest film Taras Bulba. Leigh was granted a quick divorce, and married stockbroker Robert Brandt later that year in Las Vegas, Nevada. They remained married until her death.

Janet Leigh died at her Beverly Hills home on October 3, 2004, after suffering cardiac arrest, aged 77. Leigh succumbed to vasculitis, an inflammation of the blood vessels, and peripheral neuropathy, which caused her right hand to become gangrenous.[1]

Leigh made her film debut in The Romance of Rosy Ridge in 1947, as the romantic interest of Van Johnson's character. Though little-remembered today, the film evidenced Leigh's audience appeal, and she was subsequently cast in the studio's all-star biopic of songwriters Rodgers and Hart, Words and Music (1948), in which she played Mrs. Richard Rodgers. The following year, Leigh found herself surrounded by such established studio starlets as June Allyson, Elizabeth Taylor and Margaret O'Brien as she completed the quartet of March Sisters in Little Women (1949), MGM's Technicolor film adaptation of Louisa May Alcott's classic novel.

Throughout the 1950s, she starred in movies, most notably in the leading role in the musical comedy My Sister Eileen, co-starring Jack Lemmon, Betty Garrett and Dick York.

She would go on to star in three films that helped shaped modern cinema: Touch of Evil, Psycho, and Manchurian Candidate. 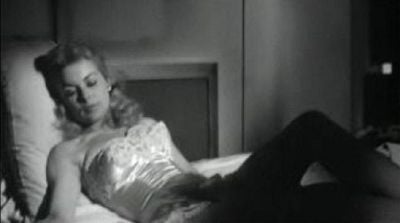 Critics would often characterize the films of Leigh as unorthodox and bizarre. Touch of Evil, a Orson Welles directed film was just such a film. This film effectively marked the end of the classic noir films that lined up Hollywood's film library beginning in the early 1940s.

The film parallels and pre-dates Hitchcock's Psycho (1960) by a few years; similarities include Leigh in various states of undress, victimized in an out-of-the-way motel managed by a creepy "night man" (Gunsmoke's co-star Dennis Weaver).[2] "In Touch of Evil, we witness the downfall of the All-American Girl at a key moment in Leigh's evolution from ingénue to star."[3] Leigh's goddess-like beauty is almost nonexistent by the end of the movie; instead, a courageous, self-reliant young woman brimming with confidence appears on the screen, who, by the end of the film evolves into the young bride that has been molested, drugged, and stripped bare. 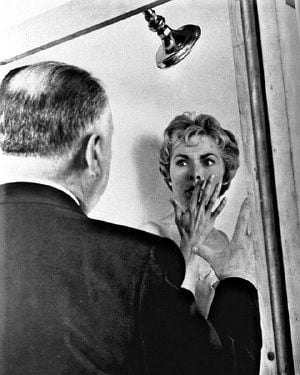 Leigh's best-known role was as the morally ambiguous Marion Crane in the Alfred Hitchcock classic film Psycho. In spite of her outstanding performance as Crane and her character becoming one of the most famous in Hollywood history, Leigh suffered typecasting due to the famous role. Her film career nosedived soon after, and as a result much of her post-Psycho career was spent performing guest appearances on TV shows. Psycho earned her a Golden Globe and an Academy Award nomination. Years later, she wrote a book in which she dispelled the urban legends which had popped up around its production, most notably the "shower scene."

The scene revolves around Marion Crane, who has finally found a motel. Norman Bates (Anthony Perkins) is the owner of the motel and manages to watch Marion undress in before entering the shower. In a sudden rage, Bates stabs her, as her piercing screams fill the audience's ears. Her lifeless body sprawled half into the tub and half out is remembered as one of the most gruesome and evocative images in the history of cinema.

At this point in her career she was on the decline; however, the Manchurian Candidate revived her career and appeal to the public. As with previous films it had a dark theme pertaining to the psyche. In this film, Leigh plays the role of Eugenie Rose Chaney or simply Rosie, a government agent. It shares many characteristics of Leigh's role in Psycho. In fact, "The mood of this pseudo-documentary, satirical film masterpiece (from prolific veteran television director Frankenheimer) is paranoiac, surrealistic, dark, macabre, cynical, and foreboding—these elements are combined in a traditional, top-notch suspenseful thriller framework with a nail-biting, Alfred Hitchcock-like climax."[4]

Leigh also appeared with Frank Sinatra in the 1963 musical Bye Bye Birdie based on the hit Broadway show. 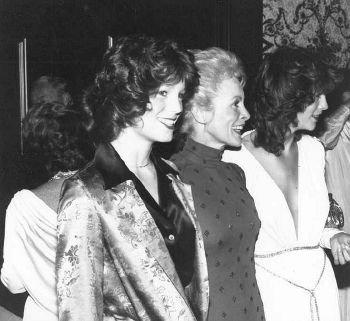 Janet Leigh (middle) with her daughters Kelly (left) and Jamie Lee Curtis (right) at the National Film Society convention in 1979.

She continued to be active in films in the 1960s, then her appearances became less frequent even though she had strong performances as Lee Strasberg's widowed daughter-in-law in Boardwalk (1979) and opposite her daughter, Jamie Lee Curtis, in The Fog (1980) and in a brief appearance in Halloween H20: 20 Years Later (1998).

Leigh appeared more often on TV in the 1970s and 1980s. Her debut in a TV-movie came in 1969 with The Monk (ABC), and she also starred in Mirror, Mirror (NBC, 1979). By the 1990s, she showed less interest in acting, although she was still very much in demand for small screen documentaries about Hollywood and its stars. Having published an autobiography in 1984, she came out with a memoir on the making of Psycho in 1995 as well as her first novel, House of Destiny.[5] While promoting the latter, she announced on talk shows she would be devoting her time almost exclusively to writing, however, she squeezed into her schedule roles as the mother of Nancy McKeon and Alexandra Wilson in the CBS TV-movie In My Sister's Shadow (1997).

Did you know?
Janet Leigh is best known for her role as the morally ambiguous Marion Crane in the Alfred Hitchcock classic film "Psycho"

Although Janet Leigh performed in myriads of films, acted in television shows, produced albums, and published novels, she will always be known for her role in Psycho. The film and her acting represented a turning point in cinematic history as viewers are exposed to the unorthodox in a startling manner. It is the only film in which she earned an award, receiving a Best Supporting Actress Academy Award nomination.

She was awarded an honorary Doctor of Fine Arts degree at the University of the Pacific in Stockton, California on May 14, 2004.

Leigh served on the board of directors of the Motion Picture and Television Foundation, a medical-services provider for actors.

Leigh was honored posthumously by University of the Pacific with the naming of the "Janet Leigh Theatre" on the Stockton campus on June 25, 2010. The plaque at the theatre reads as follows:

The Janet Leigh Theatre was created to bind the experiences and friendships that Janet Leigh valued while a student at Pacific. This memorial is a tribute to her life and career in the Stockton region as well as her magnificent contributions to the Hollywood film industry as an actress, wife, mother and humanitarian. Dedicated Friday, June 25, 2010.[6]