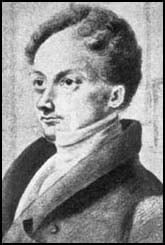 James Mill (April 6, 1773 – June 23, 1836) was a Scottish historian, economist, political theorist, and philosopher. Although he is often mentioned as the associate of Jeremy Bentham and as the father of John Stuart Mill, his personal contributions survive in his writings, which cover a wide range of topics including government, economics, education, and prisons, with his greatest work being the colossal History of India. His writings are characterized by his utilitarian tendencies and reflect the author's intent for economic, social, and political reform.

James Mill was born April 6, 1773, at Northwater Bridge, in the parish of Logie-Pert, Angus, Scotland, the son of James Mill, a shoemaker. His mother, Isabel Fenton, resolved that he should receive a first-rate education, and sent him first to the parish school and then to the Montrose Academy, where he remained until the unusual age of seventeen and a half. He then entered the University of Edinburgh, where he distinguished himself as a Greek scholar.

In October 1798, he was licensed as a preacher, but met with little success. From 1790 to 1802, in addition to holding various tutorships, he occupied himself with historical and philosophical studies. Finding little prospect of a career in Scotland, in 1802 he went to London, in company with Sir John Stuart, then member of parliament for Kincardineshire, and devoted himself greatly to literary work. In 1805, he married Harriet Burrow, and soon thereafter he then took a house in Pentonville, where his eldest son, John Stuart Mill, was born in 1806. About the end of this year, he began his History of India, which he took twelve years to complete.

In 1808, he became acquainted with Jeremy Bentham, and was for many years his chief companion and ally. He adopted Bentham's principles in their entirety, and determined to devote all his energies to bringing them before the world. In 1808, he began to write for the Edinburgh Review, to which he contributed steadily till 1813. He later took a prominent part in the discussions which led to the foundation of the University of London in 1825. In 1814, he wrote a number of articles, containing an exposition of utilitarianism, for the supplement to the fifth edition of the Encyclopædia Britannica, the most important being those on "Jurisprudence," "Prisons," and "Government."

In 1818, the History of India was published, and obtained a great and immediate success. It brought about a change in the author's fortunes. The year following, he was appointed an official in the India House, in the important department of the examiner of Indian correspondence. He gradually rose in rank until he was appointed, in 1830, head of the office. His great work, the Elements of Political Economy, appeared in 1821 (3rd and revised ed. 1825). Mill played a great part also in British politics, and was, more than any other man, the founder of a small group called the "philosophic radicals." Although small in number, they were influential in politics, and eventually pushed for the Reform Bill of 1832.

From 1824 to 1826, Mill contributed to the Westminster Review, started as the organ of his party, a number of articles in which he attacked the Edinburgh Review and Quarterly Review, and ecclesiastical establishments. In 1829, appeared the Analysis of the Phenomena of the Human Mind. From 1831 to 1833, Mill was largely occupied in the defense of the East India Company, during the controversy attending the renewal of its charter, he being in virtue of his office the spokesman of the court of directors. For the London Review, founded by Sir William Molesworth in 1834, he wrote a notable article entitled "The Church and its Reform." His last published book was Fragment on Mackintosh (1835).

Mill had a thorough acquaintance with Greek and Latin literature, general history, political and moral philosophy, and philosophy of mind. His intellect was logical in the highest degree; he was clear and precise, an enemy of loose reasoning, and quick to refute prevailing fallacies. All his work is marked by original constructive thought, except in a few subjects, in which he deliberately expounded Bentham's views. At a time when social subjects were as a rule treated empirically, he brought first principles to bear at every point.

Underlying much of his thought are his utilitarian tendencies, which he adopted initially from Jeremy Bentham, the idea that one should maximize happiness while minimizing pain; this happiness is attained through the pursuit of pleasures that range in a hierarchical system from those of humans to those of animals. Furthermore, Mill draws upon the utilitarian idea of the greatest happiness for the most amount of people. His views on government reflected these tendencies as he saw that in order to maximize the benefit of labor, and to maximize this happiness to the greatest amount of people without any elite class or king exploiting the labor of others, the ideal form of government would be that of a representative democracy. Furthermore, Mill held the view that these representatives should be elected by the citizens who have the power of the vote to ensure that these representatives are accurately representing the needs of the people.

His greatest literary work is the History of India. The materials for narrating the acquisition by the United Kingdom of its Indian Empire were put into shape for the first time; a vast body of political theory characterized by his Utilitarian tendencies was brought to bear on the delineation of the Hindu civilization. It is noteworthy that Mill never visited the Indian colony, relying solely on documentary material and archival records in compiling his work.

In his later works, Mill placed a great emphasis on the role of education, not only for its intellectual benefits, but as a crucial element in the cultivation of good character. Furthermore, in his writings about the prison system, he advocates a prison system that does not harm criminals, who in their upbringing have been "mis-educated" thus resulting in their bad character, but rather a prison system that reforms the prisoners to be able citizens in society.

John Stuart Mill was given an extremely rigorous, some would say harsh, upbringing, and was deliberately shielded from associating with children his own age other than his siblings. James Mill's explicit goal was to create a genius that would carry on the cause of utilitarianism and its implementation after he and Bentham were dead.

John Stuart's feats as a child were exceptional; at the age of three he was taught the Greek alphabet and long lists of Greek words with their English equivalents. By the age of eight he had read Aesop's Fables, Xenophon's Anabasis, and the whole of Herodotus, and was acquainted with Lucian, Diogenes Laërtius, Isocrates, and six dialogues of Plato

In his autobiography, John Stuart Mill wrote about his early childhood education he received from his father, James Mill:

I have no remembrance of the time when I began to learn Greek. I have been told that it was when I was three years old. My earliest recollection on the subject, is that of committing to memory what my father termed Vocables, being lists of common Greek words, with their signification in English, which he wrote out for me on cards. Of grammar, until some years later, I learnt no more than the inflexions of the nouns and verbs, but, after a course of vocables, proceeded at once to translation; and I faintly remember going through ÁEop's Fables, the first Greek book which I read. The Anabasis, which I remember better, was the second. I learnt no Latin until my eighth year. At that time I had read, under my father's tuition, a number of Greek prose authors, among whom I remember the whole of Herodotus, and of Xenophon Cyropædia and Memorials of Socrates; some of the lives of the philosophers by Diogenes Laertius; part of Lucian, and Isocrates' ad Demonicum and ad Nicoclem. I also read, in 1813, the first six dialogues (in the common arrangement) of Plato, from the Euthyphron to the Theætetus inclusive: Which last dialogue, I venture to think, would have been better omitted, as it was totally impossible I should understand it. But my father, in all his teaching, demanded of me not only the utmost that I could do, but much that I could by no possibility have done (John Stuart Mill, Chapter I. “Childhood and early education," Autobiography of John Stuart Mill, New York: Columbia University Press, 1944. p. 3-4).

He had also read a great deal of history in English and had been taught arithmetic.