Folk Rock is a musical genre, combining elements of folk music and rock music. Originally the term referred to a genre that arose in the United States and Canada in the mid-1960s. The sound was epitomized by tight vocal harmonies and a relatively "clean" (effects-free) approach to electric instruments, while the repertoire was drawn partly from traditional folk sources, but even more from folk-influenced singer-songwriters. The term is not usually applied to rock music rooted in blues-based or other African American music or to music with non-European folk roots, which is more typically classified as world music.

Folk rock had antecedents in the labor movement of the 1930s, notably in the folk music of Pete Seeger (1919-2014) and Woody Guthrie (1912-1967), and became the genre of social protest. Artists during folk-rock's heyday during the Vietnam War era of the late 1960s and early 1970s fostered anti-war and anti-establishment attitudes. The idiom also celebrates freedom, a life free of attachments (epitomized by that American anti-hero, drifter), and respect for the environment. Folk rock was also embraced by Christian youth, who sung versions of folk-rock songs at their retreats and workshops to inspire faith and commitment in a contemporary key. 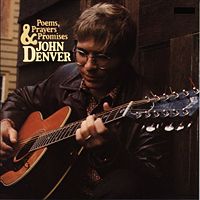 The Roots of Folk Rock

Folk rock arose mainly from the confluence of three elements:

Folk groups and sing-songwriters often were inspired by earlier "folk" pioneers such Woody Guthrie, Pete Seeger and other songsters of the labor movement of the 1930s and 1940s. The first of the urban folk vocal groups was the Almanac Singers, whose shifting membership included Guthrie, Seeger and Lee Hayes. In 1947 Seeger and Hayes joined Ronnie Gilbert and Fred Hellerman to form the Weavers, who popularized the genre and had a major hit with a cover of Leadbelly's "Irene," but fell afoul of the U.S. Red Scare of the early 1950s. Their sound, and their broad repertoire of traditional folk material and topical songs inspired other groups such as the Kingston Trio (founded 1957), the Chad Mitchell Trio, New Christy Minstrels, the Brothers Four, the Four Freshmen, and the Highwaymen. All featured tight vocal harmonies and a repertoire at least initially rooted in folk music and (often) topical songs. Individual performers such as Ramblin' Jack Elliott, Dave Van Ronk, Judy Collins, Odetta, and Joan Baez also helped lay the foundations of the folk music revival. Singer-songwriters such as Bob Dylan and Phil Ochs gained popularity in the mid 1960s.

Yet, as writer Richie Unterberger observes:

In the early 1960s, any suggestion that the folk and rock'n'roll worlds would intertwine to create a hybrid called folk-rock would have met with utter disbelief from both camps. The folk community prided itself on its purity, which meant acoustic instruments and songs of substance; it regarded rock'n'roll as vulgar and commercial. Rock'n'rollers, for the most part, were utterly ignorant of folk traditions, and unconcerned with broadening their lyrical content beyond tried-and-true themes of romance and youthful partying.[1]

Folk music occasionally reached the pop charts in the late 1950s and early 1960s. The Kingston Trio had scored a major hit with "Tom Dooley" in 1958 and the Tokens reached number one in 1961 with "The Lion Sleeps Tonight." Peter, Paul, and Mary did much to popularize Bob Dylan as a songwriter when they covered his song, "Blowing in the Wind" in 1963. However, the folk genre might never have intersected with rock music if it had not been for the impulse of the British Invasion. Songs such as "House of the Rising Sun" by Eric Burdon and the Animals (1964), "I'm A Loser" by the Beatles (1965), and "Get Together" by the We Five (1965) have been cited as important precursors to the folk-rock trend. The 1964 hit "I Know I'll Never Find Another You" by the Australian group the Seekers could also be mentioned. However, The Byrds' cover of Dylan's "Mr. Tambourine Man," was the true trend-setter when it reached the top of the charts in April, 1965. 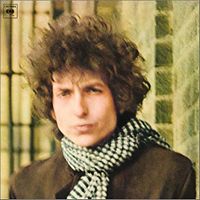 Dylan himself went electric, much to the horror of folk purists, in 1965 with his Bringing It All Back Home and Highway 61 Revisited albums. Dylan's "Like A Rolling Stone" became the unofficial anthem of the searching generation of the mid-late 1960s. Unlike other folk rock performers, much of Dylan's music during this period was also heavily blues influenced.

Groups such as The Lovin' Spoonful, Simon and Garfunkel, and the Mamas and Papas were soon hitting the charts with songs like "Do You Believe In Magic," "The Sounds of Silence," and "California Dreaming," respectively. Auto-harps, harmonicas, acoustic guitars, and flutes joined Fender telecasters, Hammond organs, and huge banks of Marshall amplifiers on the stages of rock concerts. Ex-folk acts such as Phil Ochs, Ian and Silvia, and Gordon Lightfoot adapted their styles to take advantage of the trend. The Beatles' Rubber Soul and later albums included several folk-oriented tunes and even the Rolling Stones got in on the act with their version of Maryanne Faithful's "As Tears Go By." Scottish songster Donovan P. Leitch had several original hits in folk-rock vein, such as "Catch the Wind" and "Colours." By 1966 the folk-rock craze was in full bloom as even the Beach Boys, the archetypal surf music band, scored a hit by covering the Kingston Trio's version of the folk song Sloop John B—which the trio in turn had learned from The Weavers. Acid Rock groups such as the Jefferson Airplane and Country Joe and the Fish incorporated folk rock motifs in their repertoires. Buffalo Springfield hit the charts with "For What It's Worth" in early 1967, and later morphed into the folk-rock super band Crosby, Stills, Nash, and Young by combining with David Crosby from The Byrds and Graham Nash from The Hollies.

In the late 1960s artists such as Jackson Browne, Linda Ronstandt, and Emmylou Harris fused folk, rock, and country themes to create numerous hit recordings. John Denver added a number of big records with "Take Me Home, Country Roads," "Rocky Mountain High" featuring a softer sound that leaned more toward folk than rock. British star Cat Stevens contributed a number of memorable recordings—such as "Peace Train" and "Morning Has Broken"—to the rapidly growing corpus of folk rock hits. Singer-songwriters such as Neil Diamond, Joni Mitchell, and others not only wrote hit songs for other artists but also climbed to the top of the charts themselves. Crossover country artists such as Dolly Parton and Glenn Campbell brought a southern flavor into the folk-rock mix. By the mid 1970s, the lines between rock, folk rock, and country had become blurred to the point that many recordings and artists become difficult to classify.

In the United States, the heyday of folk rock was from the mid-1960s to the mid-1970s, aligning itself approximately with the hippie movement. Cities such as San Francisco, New York City, Philadelphia and Los Angeles became centers for the folk rock culture, building on their central locations among the original folk circuits.

While the genre enjoyed tremendous popularity and commercial success, it was not without its critics. Folk purists resented its commercialism and use of electric instruments and drums to such a degree that Bob Dylan, for example, was sometimes booed during his appearances in 1965 and 1966 when he came on stage for an electrified second set after his opening set as solo singer with only his acoustic guitar. Hard rockers and Rythym and Blues fans, on the other hand, often considered much of the folk rock genre to be without soul&mash;n insipid white man's music of the mind that simply did not engage the body like old time rock and roll. The heavy metal movement and white blues bands were in part a reaction to sterile qualities that hard rockers perceived in the folk rock trend.

Folk rock faded as a distinct genre in the late 1970s, but it had left a lasting legacy. Henceforth musicians of rock, folk, country, blues, and even jazz backgrounds would often experiment in mixed-genre recordings. Even hard rockers would occasionally "unplug," and rock itself came to be seen as the true American "folk" music of the late twentieth century.

A distinct, eclectic style of British folk rock (a.k.a. electric folk) was pioneered in the late 1960s by Pentangle and Fairport Convention. Starting from a North American style folk rock, these and other related bands deliberately incorporated elements of traditional British folk music. At the same time, in Brittany, Alan Stivell began to mix his Breton roots with Irish and Scottish roots and with rock music. Very shortly afterward, Fairport Convention bassist Ashley Hutchings formed Steeleye Span in collaboration with traditionalist British folk musicians who wished to incorporate electrical amplification and overt rock elements into their music.

This, in turn, spawned several other variants: the self-consciously English folk rock of the Albion Band and some of Ronnie Lane's solo work, and the more prolific current of Celtic rock, incorporating traditional music of Ireland, Scotland, Cornwall, and Brittany. Through at least the first half of the 1970s, Celtic rock held close to folk roots, with its repertoire drawing heavily on traditional Celtic fiddle and harp tunes and even traditional vocal styles, but making use of rock band levels of amplification and percussion. In the 1988, Van Morrison released an album of semi-traditional Celtic music, Irish Heartbeat, backed by The Chieftains. In the following decade, various types of electrified as well as traditional Celtic have found a growing international market, exemplified especially by the remarkable success of Enya.

In Romania, Transylvania Phoenix, founded in 1962, introduced significant folk elements into their rock music around 1972 in an unsuccessful attempt to compromise with government repression of rock music. The attempt failed, and they ended up in exile during much of the Ceauşescu era, but much of their music still retains a folk rock sound. The present-day bands Spitalul de Urgenţă (Romanian) and Zdob şi Zdub (Moldova) also both merge folk and rock.

Other fusions of folk and rock include New Flamenco from Spain, the pop-oriented forms of North African raï music, and in the music of The Pogues and the Dropkick Murphys, both of whom draw on traditional Irish music and punk rock.

Turkey, during the 1970s and 1980s, also sustained a vibrant folk rock scene, drawing inspirations from diverse ethnic elements of Anatolia, the Balkans, Eurasia and the Black Sea region and thrived in a culture of intense political strife, with musicians in both nationalist and Marxist camps.

The following (mostly of at least a slightly younger generation) have mixed both folk and rock elements from the outset of their careers:

Other U.S. bands of this era

Numerous other artists and bands normally considered in the rock or pop category also had hits in the folk-rock genre, including Bobby Darin "(If I Were a Carpenter)," The Rolling Stones "(As Tears Go By)" and others.

Retrieved from https://www.newworldencyclopedia.org/p/index.php?title=Folk_rock&oldid=1004337
Categories:
Hidden category:
This page was last edited on 17 April 2017, at 23:23.
Content is available under Creative Commons Attribution/Share-Alike License; additional terms may apply. See Terms of Use for details.