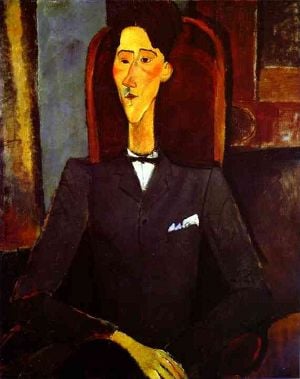 Cahiers was arguably the most important and influential film magazine or journal in the world from about the mid 1950s to about the end of the 60s. In addition to expressing their opinions and prejudices, Cahiers writers attempted to find criteria by which to evaluate films, film acting, cinematography, film structure and editing, especially film directing. Among other accomplishments, Cahiers re-invented the basic tenets of film criticism and theory.

Despite the ability of film to capture live action, many early films were adapted stage plays, filmed on a "set." The films that were championed and directed by Truffaut and those associated with the journal transgressed the limitations of the set and helped to create a more "cinematic" film.

Cahiers and the auteur theory

The importance of the role of the director had been known from the beginning of the history of theatrical films. André Bazin, co-founder of Cahiers, argued that films should reflect a director's personal vision. Bazin championed filmmakers such as Howard Hawks, Alfred Hitchcock, and Jean Renoir. Another key element of what became known as the auteur theory comes from Alexandre Astruc's notion of the caméra-stylo or "camera-pen" and the idea that directors should wield their cameras like writers use their pens and that they need not be hindered by traditional storytelling.

In a 1954 Cahiers essay with the unassuming title "Une certaine tendance du cinéma français" ("a certain trend in French cinema")—arguably the most important and influential single essay ever published anywhere on film theory and criticism—François Truffaut coined the phrase, la politique des Auteurs and asserted that the worst of Jean Renoir's movies would always be more interesting than the best of Jean Delannoy's. Politique might be translated as "policy" or "program;" it involves a conscious decision to look at films and to value them in a certain way. Truffaut provocatively said that "(t)here are no good and bad movies, only good and bad directors."

The term auteur as used and described by Truffaut was applied to directors such as Jean Renoir, Max Ophuls, Jacques Becker, Jacques Tati, and Robert Bresson who, besides having a distinct style, also wrote or worked on the screenplays of their films. The term auteur is taken from literature, where the author (in English) is the auteur (in French) of the work; auteur theory holds that the director is the author—auteur—of the film. Auteur theory in its embryonic form dealt with the nature of literary adaptations and Truffaut's discomfort with the maxim of some prominent screenwriters that any film adaptation of a novel should capture its spirit and deal only with the "filmable" aspects of the books. Truffaut believed that film directors such as Robert Bresson, using the film narrative at his disposal, could approach even the so-called "unfilmable" scenes; Truffaut used Bresson's film version of Georges Bernanos's Diary of a Country Priest as an example.

Although they recognized that movie making was an industrial process using many different people and skills, Truffaut and his Cahiers colleagues proposed an ideal to strive for: The director should use the commercial apparatus the way a writer uses a pen and, through the mise en scène, imprint his vision on the work. Conversely, the role of the screenwriter was minimized in their eyes. While recognizing that not all directors reached this ideal, they valued the work of those who neared it.

Much of the writing of Truffaut and of his colleagues was designed to lambaste post-war French cinema, especially the big production films of the cinéma de qualité ("quality films"). Truffaut's circle referred to these films with disdain as sterile, old-fashioned cinéma de papa (or "Dad's cinema"). During the Nazi occupation, the Vichy government did not allow the exhibition of U.S. films such as The Maltese Falcon and Citizen Kane. When French film critics were finally able to see these 1940s U.S. movies, in 1946, they became enamored with these films.

Truffaut's theory maintains that all good directors (and many bad ones) have such a distinctive style or consistent theme that their influence is unmistakable in the body of their work. Truffaut himself was appreciative of both directors with a marked visual style such as Alfred Hitchcock, and those whose visual style was less pronounced but who had nevertheless a consistent theme throughout their movies, such as Jean Renoir's humanism.

The "Auteur" approach was adopted in English-language film criticism in the 1960s. In the UK, Movie adopted Auteurism, and in the U.S., Andrew Sarris introduced it in the essay, "Notes on the Auteur Theory in 1962." This essay originated the half-French, half-English term "auteur theory." Later in the decade, Sarris published The American Cinema: Directors and Directions, 1929–1968, which quickly became the unofficial bible of auteurism.

The French auteurist critics—Truffaut, Jean-Luc Godard, Claude Chabrol, Éric Rohmer—wrote mostly about directors (as they were or wanted to become directors themselves), although they also produced some shrewd appreciations of actors. Later writers of the same general school have emphasized the contributions of star personalities such as Mae West. However, the stress was and is on directors.

As may be expected, screenwriters, producers, and other non-directors often reacted with a good deal of hostility to the auteur theory. The reaction of writer William Goldman on first hearing the Auteur theory was, "What's the punchline?" Although Bazin provided a forum for the auteur theory to flourish, he himself remained wary of its excesses. The late American critic Pauline Kael rejected the auteur theory and carried on a memorable in-print fight with Sarris about it. Today, nearly all knowledgeable film scholars and critics consciously or unconsciously adopt and use the auteur theory at least to some extent.

Cahiers and the French New Wave

Cahiers du Cinema was also essential to the creation of what came to be known as the Nouvelle Vague, or New Wave of French cinema, which centered on films directed by Cahiers auteurs such as Godard and Truffaut. Indeed, the New Wave has sometimes been called the Cahiers wave or the Cahiers films. The role of Cahiers in founding and nourishing the New Wave should not be underestimated.

Apart from the role that the films by Jean Rouch have played in the movement, Chabrol's Le Beau Serge (1958) is traditionally but arguably credited as the first New Wave feature. Truffaut, with The 400 Blows (1959) and Godard, with Breathless (1960) made strikingly good and new films that achieved international successes, both critical and financial. This turned the world's attention to the activities of the New Wave and enabled the movement to flourish. Films of the New Wave used techniques and portrayed characters not readily labeled as protagonists in the classic sense of audience identification.

Despite some similarities to the New Wave, films by Alain Resnais and Agnès Varda belonged more precisely to the parallel Left Bank Movement, along with films by Chris Marker, Marguerite Duras, Jacques Demy, Alain Robbe-Grillet, Jean Cayrol, and Henri Colpi. The group was of an older generation and strongly tied to the nouveau roman movement in literature. Like the New Wave, its members would often collaborate with each other.

The New Wave came at a time when the films of Hollywood had declined in quality. For that and other reasons, the New Wave films were the freshest and most interesting and important being made anywhere in the world at the time.

Jacques Rivette's editorial replacement of Rohmer in 1963 was a shift to political and social concerns and to paying more attention to non-Hollywood films. The style moved through literary modernism in the early 1960s to radicalism and dialectical materialism by 1970. Moreover, during the mid-1970s the magazine was run by a Maoist editorial collective.

In 1998, the Editions de l'Etoile (the company publishing Cahiers) was acquired by the press group Le Monde. Traditionally losing money, the magazine attempted a makeover in 1999, to gain new readers, leading to a first split among writers and resulting in a magazine addressing all visual arts in a post-modernist approach. This version of the magazine printed ill-received opinion pieces on reality TV or video games that confused the traditional readership of the magazine.

In April 2008, Le Monde announced its intention to sell "non-profitable or non-strategic" activities, including the Editions de l'Etoile, which publishes Cahiers du cinéma.

Cahiers has continued publishing in both a printed version and an electronic one on the Internet. It also publishes in English.

Retrieved from https://www.newworldencyclopedia.org/p/index.php?title=Cahiers_du_Cinema&oldid=1061597
Categories:
Hidden category:
This page was last edited on 21 December 2021, at 00:18.
Content is available under Creative Commons Attribution/Share-Alike License; additional terms may apply. See Terms of Use for details.