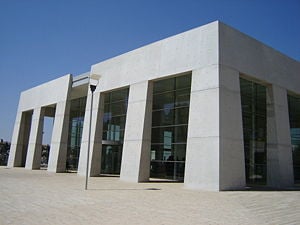 An exterior view of the Yad Vashem Holocaust memorial museum in Jerusalem.

Yad Vashem (Holocaust Martyrs' and Heroes' Remembrance Authority) is Israel's official memorial to the victims of the Holocaust, established in 1953, through the Memorial Law passed by the Knesset, Israel's parliament.

The origin of the name is from a Biblical verse (Isaiah, chapter 56, verse 5):

"And to them I will give within my temple and its walls
a memorial and a name
better than sons and daughters;
I will give them an everlasting name
that will not be cut off."

In Hebrew, "a memorial and a name" translates as "yad va-shem."

Located in Jerusalem, the complex consists of a number of memorials: Hall of Remembrance, Righteous Among the Nations Walkway, Garden of the Righteous, Children's Memorial, Valley of the Communities, Memorial to the Deportees, and the Hall of Names. The main museum is the largest devoted to the Holocaust in the world, with extensive archives.

The purpose of Yad Vashem is to memorialize the victims as well as to educate future generations. It is believed that knowing what happened will prevent its occurrence ever again. The creators have succeeded in making the Holocaust personal, without demonizing the perpetrators. Instead, the focus is to honor those who suffered through those days and recognize the horrendous conditions of their lives and deaths. 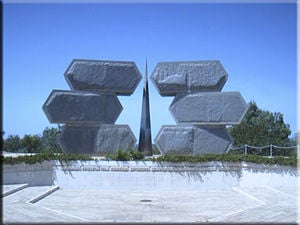 Memorial Monument to the Jewish Partizans in the Shape of a Star of David, Yad Vashem, Jerusalem. 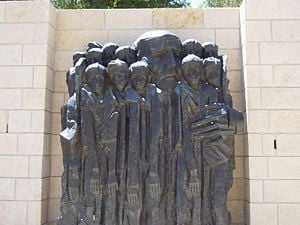 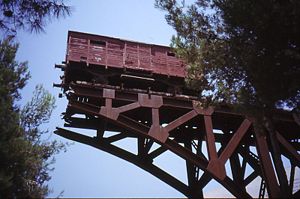 Originally proposed by the 1945 London Zionist Congress, Israel's national Authority for the Remembrance of the Martyrs and Heroes of the Holocaust, Yad Vashem, was established in 1953, by an act of the Knesset. Its purpose is to commemorate the six million Jews—men, women, and children—who perished in the Holocaust. Also commemorated are the heroism and fortitude of those who fought in the Ghetto revolts. The non-Jews who risked their lives for their Jewish brethren are remembered as the "Righteous Among the Nations."

A living memorial, Yad Vashem serves to perpetuate the legacy of the Holocaust to future generations. A plaque at the memorial is inscribed, "If we wish to live and to bequeath life to our offspring, if we believe that we are to pave the way to our future, then we must first of all not forget."

The Hill of Remembrance (Hebrew: Har Hazikaron), a hill on the outskirts of Jerusalem, is the location of the memorial site, which houses an historical museum of the Holocaust, facilities for conferences and memorial gatherings, and a research institute. There are a number of commemorative monuments, a central archive, and a research center for the documentation of the Holocaust.

Each year on the anniversary (according to the Hebrew Calendar, on the 27th day of Nisan) of the beginning of the 1943 Warsaw Ghetto Revolt, state ceremonies are held. This day is officially recognized as Remembrance Day for the Martyrs and Heroes of the Holocaust.

Yad Vashem is also a feature of foreign dignitaries' official visits to Israel, often one of their first stops in the country.

Its principal missions are commemoration and documentation of the events of the Holocaust; collection, examination, and publication of testimonies to the Holocaust; the collection and memorialization of the names of Holocaust victims; and research and education. As such, Yad Vashem coordinates the following activities: 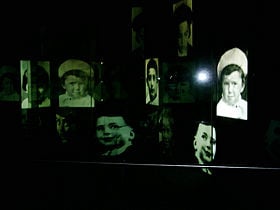 Inside the haunting children's memorial building at Yad Vashem.

On March 15, 2005, the inauguration of the a new Holocaust History Museum took place, with leaders from 40 nations and the Secretary General of the U.N., Kofi Annan, in attendance. More than a decade in the making, the new museum is the largest Holocaust museum in the world. It is carved into the mountain and designed to reflect the story of the European Jewish community during the Holocaust and their resurrection from the ashes in Israel.

The impressive building was designed by the worldwide renowned Jewish architect, Moshe Safdie. Funding for the project came from private donors through the American Society of Yad Vashem and other Yad Vashem Societies in Israel and around the world, as well as from the Conference on Jewish Material Claims Against Germany, and the Government of Israel.

The new facility, built to replace the original which was constructed in the 1960s, is four times the original's size. A prism-like structure, the building's triangular architectural-shape is said to represent the bottom half of a Star of David, representing half the world's Jewish population which perished in the Holocaust. 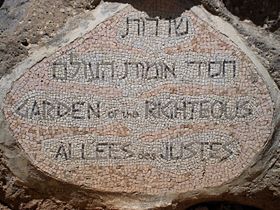 Entrance marker at the Garden of the Righteous, Yad Vashem. 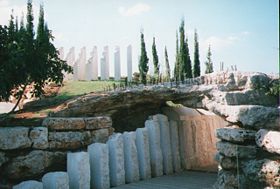 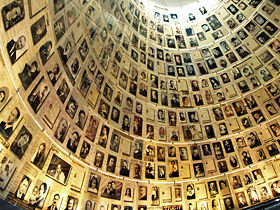 The building's 180 meter long corridor in the form of a spike is lined with stark walls made from reinforced concrete. From this corridor emerges ten exhibition halls, each dedicated to a different chapter of the Holocaust. The museum combines the personal stories of Holocaust victims and survivors and presents in its exhibitions about 2,500 personal items: Artworks and letters from the Holocaust by survivors, museums, and memorial sites around the world.

The uppermost edge of the building cuts through a mountain, with a skylight protruding through the mountain ridge. The exit emerges dramatically out of the mountainside, affording a view of the valley below.

Other structures on the memorial's campus include:

Nearly 55 million pages of documents, nearly 100,000 photographs, film footage, and the videotaped testimonies of survivors are collected in the Yad Vashem Archive. It is the largest and most comprehensive repository on the Holocaust in the world. The library contains more than 80,000 titles, thousands of periodicals, and a large number of rare documents. 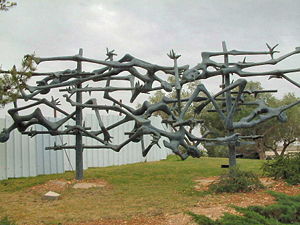 The impact of a visit to Yad Vashem is due in large part to the personalization of the museum as well as each individual memorial. It is meant to share the legacy of the Shoah. Told from the point of view of the victims, they are the focus. The museum is highly personalized, there is no portrayal as "anonymous objects."

Within the museum are hundreds of pictures, Yellow Star of David patches that Jews were forced to wear, camp uniforms, and clothes taken from the gas chambers. One will also find the braids of a little girl cut off by her mother before her death in Auschwitz, final letters of the victims, and the remains of containers which once held human ash.

The curator of the museum, Avner Shalev, explained, "It is impossible to understand the Holocaust and absorb its meaning without learning about those who were most directly affected—the Jews."

Items in the museum are not only from the Holocaust itself, but begin prior to that time, especially detailing the rise of Nazism in 1933, and continue to the establishment of the Jewish state in 1948.

A spokesperson and organizer of the new museum said, "We gave the victims an identity. We gave them a voice. We gave them a face. We did the same thing to the Nazis … For each one we showed who they were. That they were not monsters but people who did monstrous things."[3]