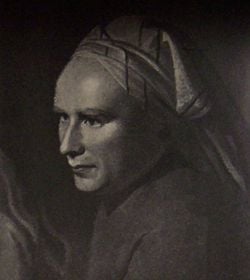 William Cowper (pronounced Cooper /'ku:pə(r)/) (November 26, 1731 – April 25, 1800) [1] was an English poet and hymnodist, one of the most popular poets of the eighteenthcentury. Cowper is particularly noted for his nature poetry, which, in contrast to much of the ornate poetry of the eighteenth century, was written in a direct and accessible style drawing on scenes from everyday life in rural England. For these reasons, Cowper's nature poetry is often seen as a forerunner of the Romantic poetry of Robert Burns and William Wordsworth.

In addition to being renowned as one of the greatest nature poets of his age, Cowper is also notable as one of the most prolific and popular authors of religious poetry in the English language. Cowper himself suffered from severe depression and religious doubt throughout his life; but his poems, which reveal a tortured mind at war with itself in search of faith, are among the most moving statements of religious sentiment ever written. 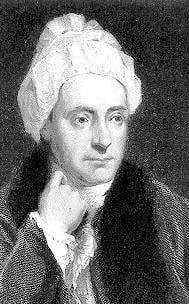 Cowper was born in Berkhamsted, Hertfordshire, England. After education at Westminster School, he was apprenticed to a Mr. Chapman, solicitor, of Ely Place, Holborn, in order to be trained for a career in law. During this time, he spent his leisure at the home of his uncle, Ashley Cowper, falling in love there with his cousin, Theodora, whom he wished to marry. Although the two were briefly engaged, Theodora's father intervened, refusing to allow the marriage to proceed. This refusal left Cowper distraught and sent him spiraling into the first of his myriad bouts of depression.

In 1763, he was offered a Clerkship of Journals in the House of Lords, but broke under the strain of the approaching examination and experienced a period of insanity which required hospitalization. He tried three times to commit suicide and was sent to Dr. Cotton's asylum at St. Albans for recovery. His untitled poem beginning "Hatred and vengeance, my eternal portion" was written in the aftermath of these suicide attempts. The poem, written masterfully in the extremely demanding Sapphic meter, is one of most powerful of Cowper's confessional pieces:

Hatred and vengeance, my eternal portion,
Scarce can endure delay of execution,
Wait, with impatient readiness, to seize my
Soul in a moment.

Damned below Judas:more abhorred than he was,
Who for a few pence sold his holy Master.
Twice betrayed Jesus me, this last delinquent,
Deems the profanest.

Man disavows, and Deity disowns me:
Hell might afford my miseries a shelter;
Therefore hell keeps her ever hungry mouths all
Bolted against me.

Him the vindictive rod of angry justice
Sent quick and howling to the center headlong;
I, fed with judgment, in a fleshly tomb, am
Buried above ground.

After recovering, he settled at Huntingdon with a retired clergyman named Morley Unwin and his wife Mary. Cowper grew to be on such good terms with the Unwin family that he went to live in their house, moving with them to Olney, where John Newton, a former slave trader who had repented and devoted his life to the gospel, was curate. Not long afterwards, Morley Unwin was killed in a fall from his horse, but Cowper continued to live in the Unwin home and became extremely attached to Mary Unwin.

At Olney, Newton invited Cowper to contribute to a hymnbook that Newton was compiling. The resulting volume known as Olney Hymns was not published until 1779, but includes hymns such as "Praise for the Fountain Opened" (beginning "There is a fountain fill'd with blood") and "Light Shining out of Darkness" (beginning "God moves in a mysterious way") which remain some of Cowper's most familiar verses.

In 1773, Cowper, now engaged to marry Mrs. Unwin, experienced a new attack of insanity, imagining not only that he was condemned to hell eternally, but that God was commanding him to make a sacrifice of his own life. This attack broke off the engagement, but Mary Unwin took care of him with great devotion, and after a year he began again to recover. In 1779, after Newton had left Olney to go to London, Cowper started to write further poetry. Mary Unwin, wanting to keep Cowper's mind occupied, suggested that he write on the subject of The Progress of Error, and after writing his satire of this name he wrote seven others. All of them were published in 1782 under the title Poems by William Cowper, of the Inner Temple, Esq. 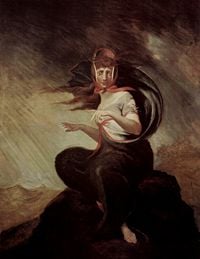 The year before this publication, Cowper met a sophisticated and charming widow named Lady Austen who served as a new impetus to his poetry. Cowper himself tells of the genesis of what some have considered his most substantial work, The Task, in his "Advertisement" to the original edition of 1785:

"...A lady, fond of blank verse, demanded a poem of that kind from the author... He obeyed; and, having much leisure, connected another subject with it; and, pursuing the train of thought to which his situation and turn of mind led him, brought forth at length, instead of the trifle which he at first intended, a serious affair—a Volume!"

Cowper and Mary Unwin moved to Weston in 1786 and shortly before this Cowper became close with his cousin Harriet (Theodora's sister), now Lady Hesketh. During this period he started his translations of Homer's Iliad and Odyssey into blank verse, and his versions (published in 1791) were the most significant English renderings of these epic poems since those of Alexander Pope earlier in the century, although later critics have faulted Cowper's Homer for being too much in the mold of John Milton.

Mary Unwin died in 1796, plunging Cowper into a gloom from which he never fully recovered. He did, however, continue revising his Homer for a second edition of his translation. Aside from writing the powerful and bleak poem "The Castaway," he penned some English translations of Greek verse and turned some of the Fables of John Gay into Latin.

Cowper was seized with dropsy in the spring of 1800 and died in East Dereham, Norfolk.

GOD moves in a mysterious way,
His wonders to perform;
He plants his footsteps in the sea,
And rides upon the storm.
Olney Hymns (1779)—'Light Shining out of Darkness'

There is a fountain fill'd with blood
Drawn from EMMANUEL's veins;
And sinners, plung'd beneath that flood,
Lose all their guilty stains.
Olney Hymns (1779)—'Praise for the Fountain Opened'

Oh! for a closer walk with GOD,
A calm and heav'nly frame;
A light to shine upon the road
That leads me to the Lamb!
Olney Hymns (1779)—'Walking with God'

I am monarch of all I survey,
My right there is none to dispute;
From the centre all round to the sea,
I am lord of the fowl and the brute.
'Verses Supposed to be Written by Alexander Selkirk' (1782), lines 1-4

No voice divine the storm allay'd,
No light propitious shone;
When, snatch'd from all effectual aid,
We perish'd, each alone;
But I beneath a rougher sea,
And whelmed in deeper gulphs than he.
"The Castaway" (1799), lines 61-66