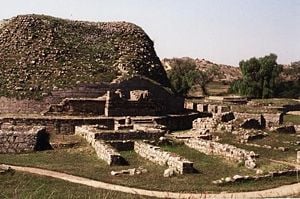 The ruins of an stupa found at the Buddhist vihara (monastery) in Taxila.

Taxila is an important archaeological site in Pakistan containing the ruins of the Gandhāran city of Takshashila (also Takkasila or Taxila) an important Vedic/Hindu[1] and Buddhist[2] centre of learning from the sixth century B.C.E.[3] to the fifth century C.E.[4] [5] In 1980, Taxila was declared a UNESCO World Heritage Site with multiple locations.[6]

Historically, Taxila lay at the crossroads of three major trade routes: the royal highway from Pāṭaliputra; the north-western route through Bactria, Kāpiśa, and Puṣkalāvatī (Peshawar); and the route from Kashmir and Central Asia, via Śrinigar, Mānsehrā, and the Haripur valley[7] across the Khunjerab Pass to the Silk Road.

Today, Taxila is situated at the western region of the Islamabad Capital Territory—to the northwest of Rawalpindi and on the border of the Punjab and North West Frontier Provinces—about 30 kilometers west-northwest of Islamabad, just off the Grand Trunk Road. 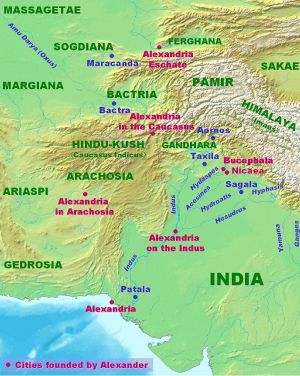 Taxila is in western Punjab, and was an important city during Alexander's campaign in India. 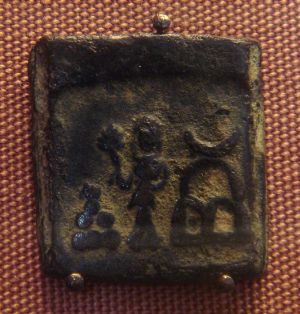 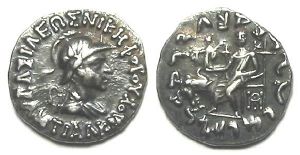 The Indo-Greek king Antialcidas ruled in Taxila around 100 B.C.E., according to the Heliodorus pillar inscription. 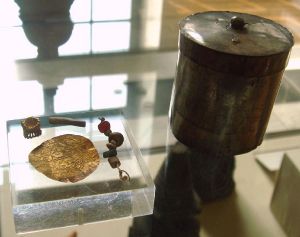 Legend has it that Taksha, an ancient Indian king who ruled in a kingdom called Taksha Khanda (Tashkent) founded the city of Takshashila. The word Takshashila, in Sanskrit means "belonging to the King Taksha." Taksha was the son of Bharata and Mandavi, historical characters who appear in the Indian epic Ramayana.

In the Indian epic Mahābhārata, the Kuru heir Parikṣit was enthroned at Taxila.[8]

Ahmad Hasan Dani and Saifur Rahman Dar trace the etymology of Taxila to a tribe called the Takka.[9] According to Damodar Dharmanand Kosambi, "Taxila" is related to "Takṣaka," which means "carpenter" and is an alternative name for the Nāga.[10]

Before the fall of these invader-kings, Taxila had been variously a capital for many dynasties, and a centre of Vedic culture and Buddhist learning, with a population of Buddhists, Classical Hindus, and possibly Greeks who may have endured for centuries.[23]

The British archaeologist Sir John Marshall conducted excavations over a period of 20 years in Taxila.[24] 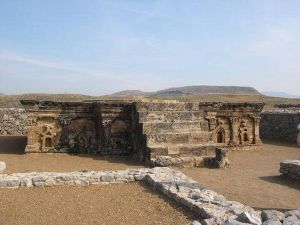 Stupa base at Sirkap, decorated with Hindu, Buddhist, and Greek temple fronts.

Takshashila was an early center of learning dating back to at least the fifth century B.C.E.[25] There is some disagreement about whether Takshashila can be considered a university. While some consider Taxila to be an early university [26] [5] [27] [28] or centre of higher education, [29] others do not consider it a university in the modern sense, [30] [31] [32] in contrast to the later Nalanda University.[32][4][33] Takshashila is described in some detail in later Jātaka tales, written in Sri Lanka around the fifth century C.E.[34]

Takshashila is considered a place of religious and historical sanctity by Hindus and Buddhists. The former do so not only because, in its time, Takshashila was the seat of Vedic learning, but also because the strategist, Chanakya, who later helped consolidate the empire of Emperor Chandragupta Maurya, was a senior teacher there. The institution is very significant in Buddhist tradition since it is believed that the Mahāyāna sect of Buddhism took shape there.

Some scholars date Takshashila's existence back to the sixth century B.C.E.[3] or seventh century B.C.E.[35] It became a noted centre of learning at least several centuries before Christ, and continued to attract students from around the old world until the destruction of the city in the fifth century C.E. Takshashila is perhaps best known because of its association with Chanakya. The famous treatise Arthashastra (Sanskrit for The knowledge of Economics) by Chanakya, is said to have been composed in Takshashila itself. Chanakya (or Kautilya),[36] the Maurya Emperor Chandragupta[37] and the Ayurvedic healer Charaka studied at Taxila.[38]

Generally, a student entered Takshashila at the age of 16. The Vedas and the Eighteen Arts, which included skills such as archery, hunting, and elephant lore, were taught, in addition to its law school, medical school, and school of military science.[38] 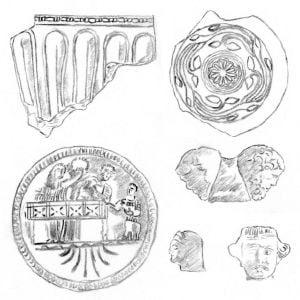 Present day Taxila is one of the seven Tehsils (sub-district) of Rawalpindi District. It is spread over an undulating land in the periphery of the Pothohar Plateau of the Punjab. Situated just outside the capital Islamabad's territory and communicating with it through Tarnol Pass of Margalla Hills, Taxila is a mix of posh urban and rustic rural environs. Urban residential areas are in the form of small neat and clean colonies populated by the workers of heavy industries, educational institutes and hospitals that are located in the area.

The industries include heavy machine factories and industrial complex, ordnance factories of Wah Cantt and cement factory. Heavy Industries Taxila is also based here. Small, cottage and house hold industries include stone ware, pottery and footwear. People try to relate the present day stone ware craft to the tradition of sculpture making that existed here before the advent of Islam.

In addition to the ruins of Gandhara civilization and ancient Buddhist/Hindu culture, relics of Mughal gardens and vestiges of historical Grand Trunk Road, which was built by Emperor Sher Shah Suri in fifteenth-sixteenth centuries, are also found in Taxila region.

Taxila Museum, dedicated mainly to the remains of Gandhara civilization, is also worth visiting. A hotel of the tourism department offers reasonably good services and hospitality to the tourists.

Taxila has many educational institutes including University of Engineering and Technology (UET). Thomas is still honored in Taxila in an annual festival in early July, attended by thousands, celebrating the passage of his bones through Taxila on their way to Edessa.

Retrieved from https://www.newworldencyclopedia.org/p/index.php?title=Taxila&oldid=1084374
Categories:
Hidden category:
This page was last edited on 28 October 2022, at 17:57.
Content is available under Creative Commons Attribution/Share-Alike License; additional terms may apply. See Terms of Use for details.