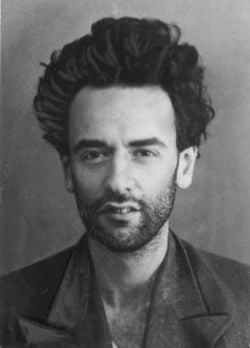 Lev Davidovich Landau (January 22, 1908 – April 1, 1968) was a prominent Soviet physicist who made fundamental contributions to many areas of theoretical physics. His accomplishments include the co-discovery of the density matrix method in quantum mechanics, the quantum mechanical theory of diamagnetism, the theory of superfluidity, the theory of second order phase transitions, the Ginzburg-Landau theory of superconductivity, the explanation of Landau damping in plasma physics, the Landau pole in quantum electrodynamics, and the two-component theory of neutrinos. He received the 1962 Nobel Prize in Physics for his work on superfluidity. He avoided imprisonment due to the intervention of Pyotr Kapitsa when accused of disloyalty to the Soviet state. Through co-authoring College texts, he continued the Russian tradition, established by spreading scientific knowledge. He was mentor to many students who became scientists of distinction.

Landau was born January 22, 1908, into a Jewish family in Baku, Azerbaijan. Recognized very early as a child prodigy in mathematics, Landau was quoted as saying in later life that he scarcely remembered a time when he was not familiar with calculus. At the age of 14 (delayed at his parents' request for a year during which he attended the Baku Economic College), as fully qualified, he enrolled at Baku University in 1922, studying in two departments simultaneously: the Physico-mathematical and the Chemical. In 1924 he moved to the Physics Department of Leningrad University, graduating in 1927, and subsequently enrolling for post-graduate study at the Ioffe Physico-Technical Institute/Leningrad Physico-Technical Institute at the young age of 19.

In 1929 Landau embarked on travel eighteen months long around Europe. He visited Germany, Switzerland, Holland, England, Belgium, and Denmark. The most fruitful for him was visits to Göttingen, Leipzig and particularly to Copenhagen where he as fortunate to work in Niels Bohr's Institute for Theoretical Physics that helped him to mature as theoretical physicist.

This experience allowed him to think of himself as pupil of Bohr. Indeed, Bohr influenced the direction of Landau's future work. Besides, his character began to mature from being a bit show off.

Soon after his return to Leningrad in 1932, he was appointed as head of the Theory Department of the Ukrainian Technical Institute in Kharkov and as the chair of theoretical physics at the Kharkov Institute of Mechanical Engineering. The first thing he did was an international conference on theoretical physics with Niels Bohr participation, of course. During this period he displayed remarkable productivity—one work every six weeks in average on wide range of subjects.

In 1934 he received a doctorate in Physical and Mathematical Sciences.

Due to such incredible activity in 1935 he became professor and was made head of Physics at the Kharkov Gorky State University. This allowed Landau to his School in Kharkov the center of theoretical physics in the USSR.

In 1937 Landau went to Moscow to become Head of the Theory Division of the Physical Institute of the USSR Academy of Sciences. He worked on atomic collisions, astrophysics, low-temperature physics, atomic and nuclear physics, thermodynamics, quantum electrodynamics, kinetic theory of gases, quantum field theory, and plasma physics. The work he did on the theory to explain why liquid helium was super-fluid earned him the 1962 Nobel Prize for Physics.

Apart from his theoretical accomplishments, Landau was the principal founder of a great tradition of theoretical physics in the Soviet Union, sometimes referred to as the "Landau school." He was the head of the Theoretical Division at the Institute for Physical Problems from 1937 until 1962 when, as a result of a car accident, he suffered injuries from which he was never fully to recover—fractured scull and 11 broken bones.[1] Though he was famous for his sharp criticism, he was able to attract talented students by his enthusiasm for science, evident knowledge and ability to bring sophisticated scientific problems down to fundamental simplicity of the laws of the nature. His students include Lev Pitaevskii, Alexei Abrikosov, Evgeny Lifshitz, Lev Gorkov, Isaak Markovich Khalatnikov and Boris Ioffe.

Landau developed a comprehensive exam called the "Theoretical Minimum" which students were expected to pass before admission to the school. The exam covered all aspects of theoretical physics, and only 43 candidates ever passed.

He also co-authored, with Evgeny Lifshitz, a popular series of Graduate School-level physics textbooks that are still widely used.

During the Great Purge, Landau was investigated within the UPTI Affair in Kharkov, but he managed to leave for Moscow. He was arrested on April 27, 1938, but released on April 29, 1939, after the intervention of Pyotr Kapitsa.

In 1937 Landau married to K. Drobantseva, food industry technologist from Kharkov. They had a son that became physicist-experimentalist in the same Institute for Physical Problems, were his father achieved so much.