In population genetics, genetic drift is the phenomenon of change in the frequency of alleles (variants of a gene) in a population of organisms due to chance or random events. Through such influence an allele and the biological trait it confers may become either more common or more rare over successive generations. Ultimately, the drift may remove the allele from the gene pool or at the other extreme the drift may remove all of the other alternate alleles.

Genetic drift can be particularly significant in small populations (Towle 1989). For example, if a population of organisms was reduced to but a handful of individuals, it is possible that one particular allele would be found in only one individual. If this individual failed to breed, the allele would be eliminated from the gene pool. The dangers of low population size (in addition to extinction, of course) include not only the possibility that through genetic drift certain alleles may disappear from the population but also the likelihood that the frequency of genetic diseases will increase.

Genetic drift—along with mutation, natural selection, and migration—is one of many factors that affect the variety (allele frequencies) within populations. Sexual reproduction and genetic recombination also add to the variability of individuals. These contribute to producing the tapestry of living forms whose astonishingly wide diversity in morphology and behavior enhance human enjoyment of nature.

Broadly defined, evolution is any heritable change in a population of organisms over time. Changes may be slight or large, but must be passed on to the next generation (or many generations) and must involve populations, not individuals. The term may be presented in terms of allele frequency (with an "allele" being an alternative form of a gene, such as different alleles code for different eye colors): "Evolution can be precisely defined as any change in the frequency of alleles within a gene pool from one generation to the next" (Curtis & Barnes 1989).

Several factors are considered to encourage change in the frequencies of alleles in a population, including natural selection, mutation, migration, and genetic drift (Towle 1989).

Genetic drift is a statistical effect that results from the influence that chance has on the survival of alleles. Whereas natural selection is the tendency of beneficial alleles to become more common over time (and detrimental ones less common), genetic drift is the fundamental tendency of any allele to vary randomly in frequency over time due to statistical variation alone.

Chance affects the commonality or rarity of an allele, because no trait guarantees survival of a given number of offspring. This is because survival depends on non-genetic factors (such as the possibility of being in the wrong place at the wrong time). In other words, even when individuals face the same odds, they will differ in their success. A rare succession of chance events—rather than natural selection—can thus bring a trait to predominance, causing a population or species to evolve (change in gene frequencies).

An important aspect of genetic drift is that its rate is expected to depend strongly on population size. This is a consequence of the law of large numbers. When many individuals carry a particular allele, and all face equal odds, the number of offspring they collectively produce will rarely differ from the expected value, which is the expected average per individual times the number of individuals. But with a small number of individuals, a lucky break for one or two causes a disproportionately greater deviation from the expected result. Therefore small populations drift more rapidly than large ones. This is the basis for the founder effect, a proposed mechanism of speciation developed by Ernst Mayr, where differentiation proceeds at a greater rate in small populations.

By definition, genetic drift has no preferred direction. A neutral allele may be expected to increase or decrease in any given generation with equal probability. Given sufficiently long time, however, the mathematics of genetic drift predict the allele will either die out or be present in 100 percent of the population, after which time there is no random variation in the associated gene. Thus, genetic drift tends to sweep gene variants out of a population over time, such that all members of a species would eventually be homozygous for this gene. In this regard, genetic drift opposes genetic mutation, which introduces novel variants into the population according to its own random processes.

From the perspective of population genetics, drift is a "sampling effect." To illustrate: On average, coins turn up heads or tails with equal probability. Yet, just a few tosses in a row are unlikely to produce heads and tails in equal number. The numbers are no more likely to be exactly equal for a large number of tosses in a row, but the discrepancy in number can be very small (in percentage terms). As an example, ten tosses turn up at least 70 percent heads about once in every six tries, but the chance of a hundred tosses in a row producing at least 70 percent heads is only about one in 25,000.

Similarly, in a breeding population, if an allele has a frequency of p, probability theory dictates that (if natural selection is not acting) in the following generation, a fraction p of the population will inherit that particular allele. However, as with the coin toss above, allele frequencies in real populations are not probability distributions; rather, they are a random sample, and are thus subject to the same statistical fluctuations (sampling error).

When the alleles of a gene do not differ with regard to fitness, on average the number of carriers in one generation is proportional to the number of carriers in the previous generation. But the average is never tallied, because each generation parents the next one only once. Therefore, the frequency of an allele among the offspring often differs from its frequency in the parent generation. In the offspring generation, the allele might therefore have a frequency p', slightly different from p. In this situation, the allele frequencies are said to have drifted. Note that the frequency of the allele in subsequent generations will now be determined by the new frequency p', meaning that drift is a memoryless process and may be modeled as a Markov process.

The lifetime of an allele is governed by the effective population size. In a very small population, only a few generations might be required for genetic drift to result in fixation. In a large population, it would take many more generations. On average, an allele will be fixed in

is the effective population size. 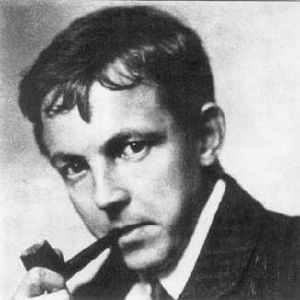 The Hardy-Weinberg Principle holds that a population will remain in genetic equilibrium if (1) no mutations occur; (2) the population is large; (3) individuals neither enter or leave the population through migration; ((4) individuals mate randomly; and (5) natural selection does not occur (Towle 1989). This principle was developed independently in 1908 by British mathematician Godfrey Hardy and German physician Wilhelm Weinberg. According to this principle, a population must be sufficiently large to prevent genetic drift from changing allele frequencies over time. This is why the law is unstable in a small population.

Genetic drift and natural selection rarely occur in isolation from each other; both forces are always at play in a population. However, the degree to which alleles are affected by drift and selection varies according to circumstance.

In a large population, where genetic drift occurs very slowly, even weak selection on an allele will push its frequency upwards or downwards (depending on whether the allele is beneficial or harmful). However, if the population is very small, drift will predominate. In this case, weak selective effects may not be seen at all as the small changes in frequency they would produce are overshadowed by drift.

Drift can have profound and often bizarre effects on the evolutionary history of a population. These effects may be at odds with the survival of the population.

In a population bottleneck, where the population suddenly contracts to a small size (believed to have occurred in the history of human evolution), genetic drift can result in sudden and dramatic changes in allele frequency that occur independently of selection. In such instances, many beneficial adaptations may be eliminated even if population later grows large again.

Similarly, migrating populations may see a founder effect, where a few individuals with a rare allele in the originating generation can produce a population that has allele frequencies that seem to be at odds with natural selection. Founder effects are sometimes held to be responsible for high frequencies of some genetic diseases.