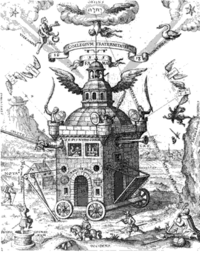 Esotericism largely involves an element of initiation such as the requirement that one be tested before learning the higher truth. However, such knowledge may be kept secret not by the intention of its protectors, but by its very nature—for example, if it is accessible only to those with the proper intellectual background

Some overlap may exist between esotericism and mysticism; but many mystical traditions do not attempt to introduce additional spiritual knowledge, but rather seek to focus the believer's attention or prayers more strongly upon the object of devotion. A mystic is thus not necessarily an esotericist. A variety of past traditions could be classified as forms of "esotericism" due to their "inner" focus as well as their "selective" and "secretive" nature.

Esoteric is an adjective originating in Greece; it comes from the Greek ἐσωτερικός esôterikos, from esôtero, the comparative form of ἔσω esô: "within." Esoteric refers to anything that is inner. Its antonym is exoteric, from the Greek ἐξωτερικός eksôterikos, from eksôtero, the comparative form of ἔξω eksô: "outside." Plato, in his dialogue Alcibíades (circa 390 B.C.E.), uses the expression ta esô, meaning "the inner things," and in his dialogue Theaetetus (circa 360 B.C.E.) he uses ta eksô, meaning "the outside things." The probable first appearance of the Greek adjective esôterikos is in Lucian of Samosata's "The Auction of Lives," § 26 (also called "The Auction of the Philosophical Schools"), written around 166 C.E.

The term esoteric first appeared in English in the 1701 History of Philosophy by Thomas Stanley, in his description of the "Auditors of Pythagoras." The Pythagoreans were divided into "exoteric," which were under review, and "esoteric," which had performed well enough to be admitted into the "inner" circle.

Esotericism is not a single tradition, but a vast array of often unrelated figures and movements. Nevertheless, the following examples provide an overview of some of the most prominent esoteric movements and figures throughout history:

In the ancient Graeco-Roman world, "Mystery religions," or simply "Mysteries," were belief systems in which full admission was restricted to those who had gone through certain secret initiation rites."[1] The term "Mystery" derives from Latin mysterium, from Greek musterion (usually as the plural musteria μυστήρια), in this context meaning "secret rite or doctrine." An individual who followed such a Mystery was a mystes, "one who has been initiated," from myein, "to close, shut," perhaps a reference to secrecy or that only initiates were allowed to observe and participate in rituals.[2]

The Mysteries were thus belief systems in which all religious functions were closed to the non-inducted and for which the inner-working of the religion were kept secret from the general public. Although there are no other formal qualifications, mystery religions were also characterized by their lack of an orthodoxy and scripture. Religions that were practiced in secret only in order to avoid religious persecution are not, by default, Mysteries.

The old meaning of "mystery" is also preserved in the expression "mystery play." These stage performances of medieval Europe were known as such because the first groups to perform them were the craftsmen guilds, entry to which required an initiation and who zealously protected their trade secrets.

The Mysteries are frequently confused with Gnosticism, perhaps in part because Greek gnosis means "knowledge." The gnosis of Gnosticism is however distinct from the arcanum, the "secret wisdom" of the Mysteries: While the Gnostics hoped to acquire knowledge through divine revelation, the mystery religions presumed to have it, with mystes of high rank revealing the possessed wisdom to acolytes of lower rank.

The term "mystery religion" applies to a few of the numerous belief systems of the eastern Mediterranean of late classical antiquity, including the Eleusinian Mysteries, the Orphic Mysteries, and the Mithraic Mysteries. Some of the many divinities that the Romans nominally adopted from other cultures also came to be worshiped in Mysteries, such as the Egyptian Isis, Thracian/Phrygian Sabazius, and Phrygian Cybele.[3]

"Plato, an initiate of one of these sacred orders, was severely criticized because in his writings he revealed to the public many of the secret philosophic principles of the Mysteries" (Hall).

The mystery religions are possibly one of the origins of Western mystery tradition, but the two should not be confused with one another.

After Christianity became the state religion of Rome, dissident Christian groups became persecuted as traitors to the state. Pagan groups came to be suppressed as well. The terms "Gnosticism" and "Gnosis" have been challenged as coherent categories, but refer to a family of ancient Jewish, Christian, and pagan religious movements which often claimed to possess secret teachings relating to the spirit world, as opposed to the ordinary world which they tended to denigrate. Another important movement from the ancient world was Hermeticism, sometimes called Hermetism to distinguish it from post-Renaissance appropriations of it. Separately, ancient Babylon provided the basis for Western astrology. Some see Christianity, with its ritual of baptism, as a mystery religion.

During the Middle Ages, such things as astrology, alchemy, and magic were not distinct from the standard subjects of the curriculum of an educated person. While some people assume esotericism to be opposed to the Bible or Christianity, as a historical matter this tension did not arise until later. Indeed, Christianity contributed its own esoteric imagery, notably the Holy Grail from Arthurian literature.

While many esoteric subjects have a history reaching back thousands of years, these have generally not survived as continuous traditions. Rather, they have benefited from various antiquarian revival movements. During the Italian Renaissance, for example, translators such as Ficino and Pico della Mirandola turned their attention to the classical literature of neo-Platonism, and what was thought to be the pre-Mosaic tradition of Hermeticism. 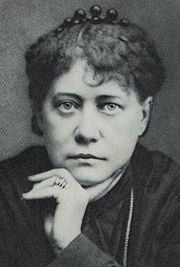 European esotericism was reformulated in the seventeenth century as Rosicrucianism, and later entered various strands of Freemasonry. In the nineteenth century, a notable French revival in turn gave way to the Theosophy of H. P. Blavatsky. In the twenteith century, Theosophy was reformulated by Annie Besant, C. W. Leadbeater, Alice Bailey, Rudolf Steiner, and many others. Theosophy is also considered a major influence on the many current varieties of esotericism in metaphysical organizations, "Ascended Master Activities," and within the New Age groups. Yet, another notable esoteric strain stems from the teachings of G. I. Gurdjieff and P. D. Ouspensky.

Rudolf Steiner, who broke with theosophy to found his own anthroposophy, spoke of a disagreement between esotericists at the close of the nineteenth century; one branch wanted to open up esoteric knowledge to the general public, while another group wished to maintain secrecy.[4] Steiner himself claimed to stand in the lineage of those who wanted to make the esoteric an accepted part of mainstream culture. His first books, written in the nineteenth century, avoided any reference to esoteric themes, but he saw the twentieth century as the dawn of a new age, when spirituality would be increasingly central to human development. Thus, he began to publish works such as Theosophy and Occult Science and to lecture on esoteric themes both to select audiences (members of the Anthroposophical Society or of his own esoteric school) and to the general public. All but the most esoteric of these lectures were already being published during his lifetime, and in the last decades even the most esoteric material has been made available by the Rudolf Steiner Archive and Press,[5] in accordance with Steiner's wishes.

In contemporary English usage, the term "esoteric" does not necessarily refer to "esotericism" per se in the sense of "inner" knowledge, disciplines, or practices. The term "esotericism" has come to informally mean any knowledge that is difficult to understand or remember, such as theoretical physics, or that which pertains to the minutiae of a particular discipline, such as "esoteric" baseball statistics.