Nguyễn Du (阮攸, 1765 – 1820, pennames Tố Như and Thanh Hiên) is a celebrated Vietnamese poet who wrote in Chữ Nôm, the ancient writing script of Việt Nam. His poetry is celebrated for the directness of its language and the intricacy of its metaphors, in which each image and metaphor opens onto layers upon layers of hidden meaning. Although a number of Vietnamese poets pre-dated him — Ho Xuan Huong perhaps most notably among them — Nguyen Du is considered by many Vietnamese to the be founding-figure of Vietnamese literature. His epic poem Truyen Kieu (The Tale of Kieu), relating the brief and tragic life of a Vietnamese girl, is regarded with the same reverence in Vietnamese culture as that accorded to Homer by the Greeks and Shakespeare in the English-speaking world. His work demonstrates some of the flaws in the Confucian moral order

Nguyễn Du was born in 1765 in Tiên Điền village, Nghi Xuân district, Nghệ Tĩnh province, Vietnam. He was the seventh child of Nguyễn Nghiễm, a former prime minister under the Lê Dynasty. By the age of 13, Nguyen had lost both of his parents, and for most of his teenage years he lived with his brother Nguyễn Khản or with his brother-in-law Đoàn Nguyễn Tuấn.

At the age of 19, Nguyen passed the provincial examination, receiving the title of "tú tài," which made him the equivalent of a secondary-education graduate. In Nguyen Du's time this sort of credential was difficult to obtain, as very few Vietnamese people were affluent enough to devote themselves to study.

Nguyen’s mother was his father’s third wife; she was noted for her ability at singing and composing poetry. In fact, she made her living by singing, which at that time was considered a disreputable occupation. It is said that Nguyen may have inherited a part of his talents from his mother. He loved listening to traditional songs; and there was a rumor that, when he was 18, he himself eloped with a songstress.

After passing the provincial exam, he was appointed to the position of a military advisor in the Trinh army. After the Trinh Lords were defeated in 1786 by Nguyen Hue, Nguyen Du refused to serve in the new administration. He was arrested and held for some time before he moved back to his native village in the northern part of the country.

Later, when yet another warlord, Nguyen Anh, seized control over all of Vietnam in 1802, Nguyen Du agreed to serve in his administration. At first he was given his old post of military advisor but after a decade he was promoted to ambassador to China in 1813. While in China, he discovered and translated the Ming dynasty era tale "Kim Van Kieu" that would become the basis for the Tale of Kieu. He was later appointed to two more diplomatic missions to Beijing, but before he could depart for the last one, he died of a long illness for which he refused treatment.

Nguyen's father had been a minister under the Lê dynasty, and his family had benefited greatly under their rule, following the Confucian virtue of utmost loyalty to one's king. For most of his life, Nguyen Du was haunted by his own betrayal of the rightful rulers of Vietnam, which he felt brought shame on himself and his family, as he willfully served under what he perceived to be an usurper's dynasty.

The Tale of Kieu 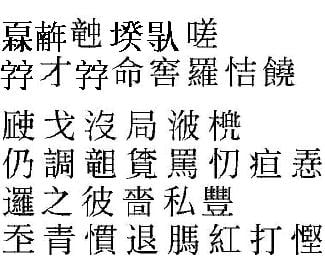 The Tale of Kiều is an epic poem considered to be not only Nguyễn Du's masterpiece but one of the crowning works of Vietnamese literature. The original title in Vietnamese is Đoạn Trường Tân Thanh (斷腸新聲, literally "A New Cry From a Broken Heart"), but it is better known as Truyện Kiều (傳翹, literally "Kiều's Story").

In 3,254 verses, written in lục bát meter — a strict form consisting of alternating lines of six characters followed by eight characters — the poem recounts the life, trials and tribulations of Thúy Kiều, a beautiful and talented young woman who is forced to sacrifice herself to save her family.

Nguyễn Du made use of the plot of Kim Vân Kiều (金雲翹), a story written in classical Chinese, setting it against the backdrop of the deteriorating state of Vietnam at the end of the eighteenth century. The ruling Lê Dynasty was at that time controlled by the Trịnh Lords in the north and the Nguyen Lords in the south. While the Trịnh and the Nguyễn were fighting against each other, the Tây Sơn rebels overthrew—first the Nguyen and then the Trinh—over the span of a decade. Nguyễn Du was loyal to the Lê Dynasty and hoped for the return of the Lê king. In 1802 the Nguyễn lord, Nguyễn Ánh, conquered all of Vietnam forming the new Nguyễn Dynasty. Nguyễn Ánh, wanted Nguyễn Du to join the new government and he did so, although with some reluctance. Thus, Nguyen Du's life is partially analogous to the doomed fate of the main character of The Tale of Kiều.

The Tale of Kieu was written under a pseudonym as it strongly suggested the old Confucian moral order was wrong, or at least, deeply flawed. There are numerous examples in the poem:

The work had been fully translated into English at least three times, one with extensive footnotes by Huỳnh Sanh Thông, one for the general reader by Vladislav Zhukov and one in verse by an English writer.

The original text was written in Vietnamese using the vernacular Chữ Nôm script. Below are the first six lines of the prologue written in the modern Vietnamese alphabet and translated into English. Most Vietnamese speakers know these lines by heart.

Within the span of hundred years of human existence,
what a bitter struggle is waged between genius and destiny!
How many harrowing events have occurred while mulberries cover the conquered sea!
Rich in beauty, unlucky in life!
Strange indeed, but little wonder,
since casting hatred upon rosy cheeks is a habit of the Blue Sky.

An alternate English translation of the same opening lines demonstrates the challenges of translating poetry.

As evidenced by centuries of human existence
Destiny and genius are apt to feud
Having endured an upheaval
The sights observed must wrench one’s heart
‘Tis no surprise to find the bad and good in pairs
So a maiden blessed by beauty is likewise cursed by envy.

In addition to Vietnamese poetry, Nguyen also wrote some poems in Chinese.

Retrieved from https://www.newworldencyclopedia.org/p/index.php?title=Nguyễn_Du&oldid=679303
Categories:
Hidden category:
This page was last edited on 2 April 2008, at 06:05.
Content is available under Creative Commons Attribution/Share-Alike License; additional terms may apply. See Terms of Use for details.