Merle Ronald Haggard (April 6, 1937 - April 6, 2016) was an American country music singer, guitarist, fiddler, and songwriter. Despite a troubled youth and serving a prison term in the 1960s, Haggard became one of the giants of country music. Along with Buck Owens, Haggard and his band, The Strangers, helped create the Bakersfield Sound, characterized by a unique twang of guitars, vocal harmonies, and a rough edge not heard on the more polished Nashville Sound recordings of that era.

Hit songs such as "Tonight the Bottle Let Me Down," "Okie From Muskogee," "The Fightin' Side of Me," and "If We Make It Through December," display Haggard's unflinching personal honesty about such universal themes as love, loss, patriotism, regret, and redemption. By the 1970s, Haggard was aligned with the growing outlaw country movement and continued to release successful albums through the 1990s and into the 2000s.

Haggard was born in Bakersfield, California, in 1937. His parents, Flossie Mae Harp and James Francis Haggard, moved from Oklahoma to California during the Great Depression. At that time, much of the population of Bakersfield consisted of economic refugees from Oklahoma and surrounding states.

Haggard's father died when Merle was nine years old, and Merle soon began to rebel through truancy and committing petty crimes. As a result of being caught shoplifting in 1950 at age 13, he was sent to a juvenile detention center. In 1951, Haggard ran away to Texas with a friend, but returned that same year and was again arrested, this time for truancy and petty larceny. He escaped again and went to Modesto, California, working odd jobs—legal and not—and began performing in a bar. Caught once again, he was sent this time to the Preston School of Industry, a high-security installation. Shortly after he was released (15 months later), Haggard was sent back to the same institution after beating a local boy during a burglary attempt.

After being released, Haggard met country star Lefty Frizzell before a concert and sang some songs for him. Frizzell was so impressed that he brought Haggard on stage to sing, and the audience loved Haggard and he began working on a full-time music career. He developed a local reputation as a singer and guitarist, but money problems pressed him, and he was convicted of robbing a Bakersfield tavern in 1957, this time as an adult. He was sentenced to prison in San Quentin for 10 years.

Even while in prison, Haggard remained wild, running a gambling and brewing racket from his cell. He also attended three of Johnny Cash's concerts at San Quentin, later reporting that seeing Cash perform inspired Haggard to straighten up and pursue his singing. While put in prison, Haggard also encountered author and death row inmate Caryl Chessman. Chessman's predicament along with the death of a fellow inmate, who was killed after an escape attempt, moved Haggard to change his life. He then earned a high-school equivalency diploma, kept a steady job in the prison's textile plant, and played in the prison band.

Upon his release, Haggard started digging ditches and wiring houses for his brother. Soon he was performing again and began recording with Tally Records. At the time, the Bakersfield Sound was developing in the area as a reaction against the slick, over-produced productions of the Nashville Sound. In 1962, Haggard was performing at a Wynn Stewart show in Las Vegas, when he heard Stewart's "Sing a Sad Song." He asked for permission to record it, and the resulting single was a national hit in 1964. Haggard's first LP, Strangers, was released in 1965, the first of some 70 Haggard albums, not counting collections of his greatest hits, tributes, and collaborations with other artists.

The singles "Swinging Doors" and "Tonight the Bottle Let Me Down," both hit the the country Top Five in 1966, establishing Haggard's reputation as a teller of the unvarnished truth about alcoholic depression. They also helped establish the maturing Bakersfield Sound and featured his unique, bent-string guitar technique. Several number one hits followed: "I'm A Lonesome Fugitive" (1966), "Branded Man" (1967), "Sing Me Back Home," and "The Legend Of Bonnie And Clyde" (both in 1968). In 1968, Haggard's first tribute LP Same Train, Different Time: A Tribute to Jimmie Rodgers, was released to great acclaim.

Haggard's "Okie From Muskogee" (1969) was written as a humorous character portrait and political statement against the Vietnam-era hippie movement's denigration of American values. He said later: "I was getting really mad at these protesters. They didn't know anything more about the war in Vietnam than I did. I thought how my dad, who was from Oklahoma, would have felt. I felt I knew how those boys fighting in Vietnam felt." Eschewing the racism associated with his redneck image, Haggard declined a request from Alabama Governor George Wallace for a political endorsement, but persisted in promoting hard-nosed American patriotism with the hit single, "The Fightin' Side of Me."

"Okie From Muskogee," "The Fightin' Side of Me," and "I Wonder If They Think Of Me" were hailed as anthems of the so-called "Silent Majority." They presaged a trend in patriotic songs that would reappear years later with Charlie Daniels' "In America," Lee Greenwood's "God Bless the USA," and others.

Other Haggard songs were appreciated regardless of politics. In the late 1960s and early 1970s, the Grateful Dead began performing Haggard's tunes "Mama Tried" and "Sing Me Back Home." Singer-activist Joan Baez, whose political leanings were diametrically opposed to those expressed in Haggard's songs, covered "Sing Me Back Home" and "Mama Tried" in 1969. The Everly Brothers also used both songs in their 1968 country-rock album, Roots.

Haggard's next LP was A Tribute to the Best Damn Fiddle Player in the World (Or My Salute to Bob Wills), which helped spark a revival of western swing.

In 1972, then-Governor of California Ronald Reagan gave Haggard a full pardon for his past crimes. Haggard quipped that few figures in history can become public enemy Number one and man of the year in the same 10-year period.

Haggard's chart domination continued with songs like "Someday We'll Look Back," "Carolyn," "Grandma Harp," "Always Wanting You," and "The Roots of My Raising." He also wrote and performed the theme song to the TV series Movin' On, which in 1975, gave him another number-one country hit. The 1973 recession anthem "If We Make It Through December" furthered Haggard's status as a champion of the working class.

Haggard continued to have numerous country hits in the late 70s and early 80s, winning a Grammy Award for Best Male Country Vocal Performance for 1984's "That's the Way Love Goes." The number-one hits continued through 1985, including Haggard's memorable duet with Willie Nelson on the Towns Van Zandt composition "Pancho and Lefty."

In the late 80s, a new kind of honky tonk began to overtake country music, as singers like George Strait and Randy Travis rose to the top of the charts. Haggard's last number-one hit was "Twinkle Twinkle Lucky Star," from his smash album Chill Factor in 1988. 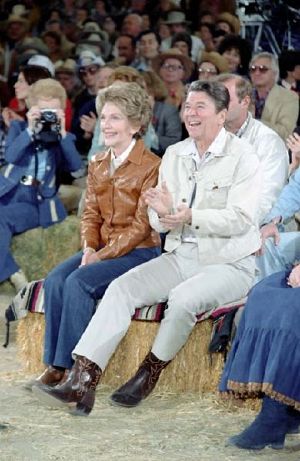 In 2000, Haggard made a comeback of sorts, signing with the independent record label Anti and releasing the spare If I Could Only Fly to critical acclaim. He followed it in 2001, with Roots, Vol. 1, a collection of Lefty Frizzell, Hank Williams, and Hank Thompson covers, along with three Haggard originals. The album, recorded in Haggard's living room with no overdubs, featured Haggard's longtime bandmates from the Strangers, as well as Frizzell's original lead guitarist, Norman Stephens.

In October 2005, Haggard released his album, "Chicago Wind," to mostly positive reviews. The album contained an anti-Iraq war song titled "America First," in which he laments the nation's economy and faltering infrastructure, applauds its soldiers, and sings, "Let's get out of Iraq, and get back on track." This follows from his 2003 release, "Haggard Like Never Before" in which he includes a song, "That's The News" questioning the strength and validity of President Bush's proclamation that the war in Iraq was over.

In 2006, Haggard was back on the radio, in a duet with Gretchen Wilson, "Politically Uncorrect." He also featured on "Pledge Allegiance to the Hag" on Eric Church's debut album.

On December 19, 2006, the Kern County Board of Supervisors approved a citizen led resolution to re-name a portion of 7th Standard Road in Oildale "Merle Haggard Drive." It will be the first street travelers will turn onto when they leave the new airport terminal.

Haggard released a bluegrass album, The Bluegrass Sessions, on October 2, 2007. As of June 2008, Haggard was back on the road and successfully completed a tour going through to August.

On November 9, 2008, it was announced that Haggard had been diagnosed with non-small-cell lung cancer in May of that year and underwent surgery on November 3, during which part of his lung was removed. Less than two months after his cancer surgery, Haggard played two shows on January 2 and 3, 2009, in Bakersfield at Buck Owens' Crystal Palace, and continued to tour and record until his death.

In April 2010, Haggard released a new album, "I Am What I Am." Released to strong reviews, Haggard performed the title song on The Tonight Show with Jay Leno in February 2011. His 2014 and 2015 tour schedule included over 30 cities in 2015 alone, suggesting the kind of performing stamina usually characterized by artists half Haggard's age.

On December 5, 2015, Haggard was treated for pneumonia. He made a recovery, but postponed several concerts. In March 2016, Haggard was once again hospitalized with pneumonia. Concerts for April were cancelled due to his ongoing battle with double pneumonia. Haggard died on April 6, 2016, his 79th birthday, at his home in Palo Cedro, California, just outside Redding, California.

Merle Haggard's contribution to the Bakersfield Sound and the "outlaw movement," in reaction to overworked Nashville productions, helped return country music to its straightforward, uncomplicated roots.

Although he has been outspoken in his dislike for the Nashville Sound, Haggard has praised newer stars in the neo-traditionalist vein. He has often recorded with newer country stars, many of whom have created tributes to him as well. When Country music artists Alan Jackson and George Strait sang "Murder On Music Row" in 2000, the song gained attention for its criticism of mainstream country trends, mentioning Haggard specifically in the lines: "The Hag wouldn't have a chance on today's radio / Because they committed murder down on music row."

Haggard was inducted into the Nashville Songwriters Hall of Fame in 1977. In 1994, he was elected to the Country Music Hall of Fame. In 2006, he received the Recording Academy's Lifetime Achievement Award.