Ida Bell Wells, also known as Ida B. Wells-Barnett (July 16, 1862 - March 25, 1931), was an African-American journalist, civil rights activist, and women's rights leader in the women's suffrage movement. She is best known for her courageous and effective opposition to lynchings.

An articulate and outspoken proponent of equal rights, she became co-owner and editor of Free Speech and Headlight, an anti-segregationist newspaper based in Memphis, Tennessee. Wells documented hundreds of lynchings and other atrocities against blacks in her pamphlets Southern Horrors: Lynch Law in All Its Phases (1892) and A Red Record (1892). After moving to Chicago for her own safety, she spoke throughout the United States and made two trips to England to bring awareness on the subject.

She helped develop numerous African American women's and reform organizations in Chicago. She married Ferdinand L. Barnett, a lawyer, and they had two boys and two girls. One of her greatest accomplishments (with Jane Addams) was to block the establishment of segregated schools in Chicago. She was a member of the Niagara Movement, and a founding member of the the NAACP. She published her autobiography, Crusade for Justice in 1928 and ran for the state legislature in Illinois the year before she died at the age of 68.

Ida B. Wells-Barnett was born just before the end of slavery in Holly Springs, Mississippi on July 16, 1862, to James and Elizabeth "Lizzie Bell" Warrenton Wells, both of whom were slaves until freed at the end of the Civil War. At 14, her parents and nine-month-old brother died of yellow fever during an epidemic that swept through the South. At a meeting following the funeral, friends and relatives decided to farm out the six remaining Wells children to various aunts and uncles. Ida was devastated by the idea and, to keep the family together, dropped out of high school and found employment as a teacher in a country school for blacks. Despite difficulties, she was able to continue her education by working her way through Rust College in Holly Springs.

In 1880, Wells moved to Memphis with all of her siblings except for her 15-year-old brother. There she again found work and, when possible, attended summer sessions at Fisk University in Nashville. 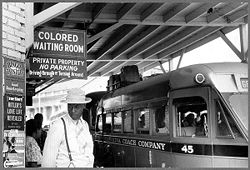 Laws against racial discrimination were declared unconstitutional by the U.S. Supreme Court in 1875, a situation which lasted until the success of the Civil Rights Movement in the 1960s.

Wells became a public figure in Memphis when, in 1884, she led a campaign against racial segregation on the local railway. A conductor of the Chesapeake, Ohio & South Western Railroad Company told her to give up her seat on the train to a white man and ordered her into the "Jim Crow" car, which allowed smoking and was already crowded with other passengers. The federal Civil Rights Act of 1875—which banned discrimination on the basis of race, creed, or color in theaters, hotels, transport, and other public accommodations—had just been declared unconstitutional in the Civil Rights Cases of 1883, and several railroad companies were able to continue racial segregation of their passengers. Wells found the policy unconscionable and refused to comply. In her autobiography she explains:

I refused, saying that the forward car [closest to the locomotive] was a smoker, and as I was in the ladies' car, I proposed to stay… [The conductor] tried to drag me out of the seat, but the moment he caught hold of my arm I fastened my teeth in the back of his hand. I had braced my feet against the seat in front and was holding to the back, and as he had already been badly bitten he didn't try it again by himself. He went forward and got the baggageman and another man to help him and of course they succeeded in dragging me out.

White passengers applauded as she was dragged out. When she returned to Memphis, she immediately hired an attorney to sue the railroad. She won her case in the local circuit court, but the railroad company appealed to the Supreme Court of Tennessee, which reversed the lower court's ruling in 1887.

Wells held strong political opinions, and she upset many people with her views on women's rights. When she was 24, she wrote, "I will not begin at this late day by doing what my soul abhors; sugaring men, weak deceitful creatures, with flattery to retain them as escorts or to gratify a revenge." During her participation in women's suffrage parades, her refusal to stand in the back because she was black resulted in more of her media publicity. Many people wanted to hear from the 25 year old schoolteacher who had stood up to racism. This moved her to begin to tell her story as a journalist.

In 1889, Wells became co-owner and editor of Free Speech and Headlight, an anti-segregationist newspaper based in Memphis on Beale Street, co-owned by Rev. R. Nightingale, pastor of Beale Street Baptist Church.

In 1892, three black men named Thomas Moss, Calvin McDowell, and Henry Stewart—owners of a Memphis grocery store which had been taking business away from competing white businesses—were lynched. An angry group of white men had tried to eliminate the competition by attacking the grocery, but the owners fought back, shooting one of the attackers. The grocery owners were arrested, but before a trial could take place, they were lynched by a mob after being dragged away from the jail. Wells wrote strongly about the injustice of the case in The Free Speech.

In one of her articles she encouraged blacks to leave Memphis, saying, "There is… only one thing left to do; save our money and leave a town which will neither protect our lives and property, nor give us a fair trial in the courts, but takes us out and murders us in cold blood when accused by white persons." Many African-Americans did leave, and others organized boycotts of white-owned businesses. As a result of this and other investigative reporting, Wells' newspaper office was ransacked, and Wells herself had to leave for Chicago. There, she continued to write about Southern lynchings and actively investigated the fraudulent justifications given for them.

In 1892, Wells also published the famous pamphlet Southern Horrors: Lynch Law in All Its Phases, followed by A Red Record in 1895, documenting her research on lynching. Having examined many accounts of lynching based on alleged "rape of white women," she concluded that southerners concocted the rape excuse to hide their real reason for lynching black men: Black economic progress, which threatened not only white pocketbooks but also their ideas about black inferiority. Frederick Douglass expressed approval of Wells' literature: "You have done your people and mine a service… What a revelation of existing conditions your writing has been for me." 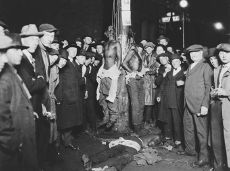 Lynchings in Duluth, Minnesota in 1920.

Upon moving to Chicago, Wells established the Alpha Suffrage Club and the Women's Era Club, the first civic organization for African-American women. The name was later changed to the Ida B. Wells Club in honor of its founder. She became a tireless worker for Women's suffrage and participated in many marches and demonstrations and in the 1913 march for universal suffrage in Washington, D.C. A few months after founding the Women’s League, the Women’s Loyal Union under the leadership of Victoria Matthews united 70 women from Brooklyn and Manhattan in support of Wells and her anti-lynching crusade, helping her to finance her 1892 speaking tour of the United States and the British Isles.

Wells went to Great Britain at the invitation of British Quaker Catherine Impey. An opponent of imperialism and supporter of racial equality, Impey wanted to be sure that the British public was informed about the problem of lynching. Although Wells and her speeches—complete with at least one grisly photograph showing grinning white children posing beneath a suspended black corpse—caused a stir among doubtful audiences.

During her second British lecture tour, again arranged by Impey, Wells wrote about her trip for Chicago's Daily Inter Ocean in a regular column, "Ida B. Wells Abroad." She thus became the first black woman paid to be a correspondent for a mainstream white newspaper (Elliott, 242-232). 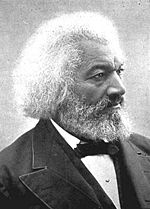 In 1893, Wells and other black leaders, among them Frederick Douglass, organized a boycott of the 1893 World's Columbian Exposition in Chicago. At the suggestion of white abolitionist and anti-lynching crusader Albion Tourgée, Wells and her coalition produced a pamphlet entitled Why the Colored American Is Not in the World's Columbian Exposition, detailing in several languages the workings of southern lynchings and other issues impinging on black Americans. She later reported that 2,000 copies had been distributed at the fair.

In the same year, Tourgée recommended that Wells turn to his friend, the black attorney and editor Ferdinand L. Barnett, for pro-bono legal help. Two years later, Barnett and Wells were married. She set an early precedent as being one of the first married American women to keep her own last name along with her husband's. After marrying, Wells stayed home to raise two sons and later two daughters, but she remained active in writing and organizing.

From 1898 to 1902, Wells served as secretary of the National Afro-American Council, and in 1910 she created the Negro Fellowship League and served as its first president. This organization helped newly arrived migrants from the South. From 1913 to 1916 she was a probation officer for the Chicago municipal court.

In 1906, Wells joined the Niagara Movement, a black civil rights organization founded by W.E.B. Du Bois and William Monroe Trotter. When the National Association for the Advancement of Colored People (NAACP) was formed in 1909, she was invited to be a member of its "Committee of 40," one of only two African-American women to sign the call to join. Although she was one of the organization's founding members, she was viewed as one of the most radical, opposing the more conservative strategies of Booker T. Washington. As a result, she was marginalized from positions of leadership in the NAACP.

One of Wells' greatest accomplishments was to successfully block the establishment of segregated schools in Chicago, working with Jane Addams, the founder of Hull House. After her retirement, she wrote her autobiography, Crusade for Justice (1928). By 1930 she became disillusioned with what she felt were the the weak candidates from the major parties to the Illinois state legislature and decided to run herself. Thus, she became one of the first black women to run for public office in the United States. Within a year she passed away after a lifetime crusading for justice. She died of uremia in Chicago on March 25, 1931, at the age of 68. 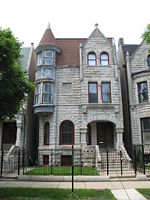 One had better die fighting against injustice than die like a dog or a rat in a trap (Ida B. Wells).

Throughout her life, Ida B. Wells was unrelenting in her demands for equality and justice for African-Americans and insisted that the African-American community must win justice through its own efforts. Born in slavery, she went on to become one of the pioneer activists of the Civil Rights Movement. In her courageous refusal to give up her seat on public transportation, she anticipated Rosa Parks by more that 70 years. She was also a women's rights activist, investigative journalist, newspaper editor and publisher, and a co-founder of the NAACP. Wells was the single most effective leader in the campaign to expose and put and end to lynching in the United States.

On February 1, 1990, the United States Postal Service issued a 25-cent postage stamp in her honor.