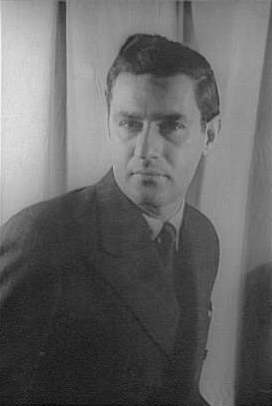 Gian Carlo Menotti (July 7, 1911 – February 1, 2007) was an Italian-born American composer and librettist who wrote the classic Christmas opera Amahl and the Night Visitors among about two dozen other operas intended to appeal to popular taste. He won the Pulitzer Prize for two of them, The Consul (1950) and The Saint of Bleecker Street (1955). He founded the noted Festival dei due mondi (the Festival of the two worlds) in 1958, and its American counterpart, the Spoleto Festival, in 1977.

Much of the enduring popularity of Menotti's works derives from the way they engage the audience in a human life experience requiring responsible actions and resolution of conflicts.

Born in Cadegliano-Viconago, Italy, near Lake Maggiore and the Swiss border, Menotti was the sixth child of Alfonso and Ines Menotti.[1] Menotti began writing songs when he was seven years old, and at eleven wrote both the libretto and music for his first opera, The Death of Pierrot. He began his formal musical training at Milan's Verdi Conservatory in 1923.

After the death of his father, Menotti and his mother emigrated to the United States, and he enrolled at Philadelphia, Pennsylvania's Curtis Institute of Music. Fellow students at Curtis included Leonard Bernstein and Samuel Barber, the latter who became Menotti's partner in life and in work, with Menotti crafting the libretto for Barber's most famous opera, Vanessa, which premiered in 1958, at the Metropolitan Opera. It was at Curtis that Menotti wrote his first mature opera, Amelia al Ballo (Amelia Goes to the Ball), to his own Italian text. The Island God (which he suppressed, though its libretto was printed by the Metropolitan Opera and can be found in many libraries) and The Last Savage were the only other operas he wrote in Italian, the rest being in English. Like Wagner, he wrote the libretti of all his operas. His most successful works were composed in the 1940s and 1950s. Menotti also taught at the Curtis Institute of Music.

In 1958, he founded the Festival of Two Worlds in Spoleto, Italy. He founded the Spoleto Festival USA, a companion festival to the Italian event in Charleston, South Carolina in 1977. For three weeks each summer, Spoleto is visited by nearly a half-million people.[2] These festivals were intended to bring opera to a popular audience and helped launch the careers of such artists as singer Shirley Verrett and choreographers Paul Taylor and Twyla Tharp.[3] He left Spoleto USA in 1993 to take the helm of the Teatro dell'Opera di Roma.

In addition to composing operas to his own texts and on his own chosen subject matter, Menotti directed most productions of his work. He and partner Barber for a time lived in a home in Westchester County, New York, called "Capricorn."

In 1974, he bought a Scottish manor, Yester House,[4] the ancestral home of the Marquis of Tweeddale, at the foot of Lammermoor in Scotland. He made it his home for most of each year with his legally adopted son Francis Phelan, also known as Chip Menotti, and Phelan's family. Chip Menotti is married to Melinda Murphy, the daughter of Happy Rockefeller.

Menotti died on February 1, 2007 at the age of 95 in a hospital in Monte Carlo, Monaco, where he had a home. He thought it would be "naughty" to die in Monte Carlo.

Menotti wrote the libretti for two of Samuel Barber's operas, Vanessa and A Hand of Bridge, as well as revising the latter for another opera, Antony and Cleopatra. Amelia was so successful that NBC commissioned an opera specifically for the new medium of radio. Entitled The Old Maid and the Thief, it was the first such work ever written for and performed on the radio. Following this, he wrote a ballet, Sebastian (1944), and a piano concerto (1945) before returning to opera with The Medium and The Telephone or L'Amour à trois.

His first full-length opera, The Consul, was premiered in 1950. It won both the Pulitzer Prize for Music and the New York Drama Critics' Circle Award for Musical Play of the Year (the latter in 1954). In 1951, Menotti wrote his beloved Christmas opera Amahl and the Night Visitors for the Hallmark Hall of Fame. It was the first opera ever written for television in America,[5] and first aired on Christmas Eve, 1951, it was such a success that it became an annual Christmas tradition. It remains Menotti's most popular work to this day. Menotti won a second Pulitzer Prize for his opera The Saint of Bleecker Street in 1955.

Menotti also wrote several ballets and numerous choral works. Of these, the most notable is his cantata The Death of the Bishop of Brindisi, written in 1963. He also wrote a violin concerto, symphonies, and a stage play, The Leper. It was in the field of opera, however, that he made his most notable contributions to American cultural life.

In 1984 Menotti was awarded the Kennedy Center Honor for lifetime achievement in the arts. He was chosen the 1991 "Musician of the Year" by Musical America, inaugurating worldwide tributes to the composer in honor of his 80th birthday. He frequently promoted the careers of others, had a rare zest for living, and his memorable tunes kept opera alive by appealing to a wide public at a difficult time in the twentieth century.

Retrieved from https://www.newworldencyclopedia.org/p/index.php?title=Gian_Carlo_Menotti&oldid=1091161
Categories:
Hidden category:
This page was last edited on 10 December 2022, at 01:44.
Content is available under Creative Commons Attribution/Share-Alike License; additional terms may apply. See Terms of Use for details.