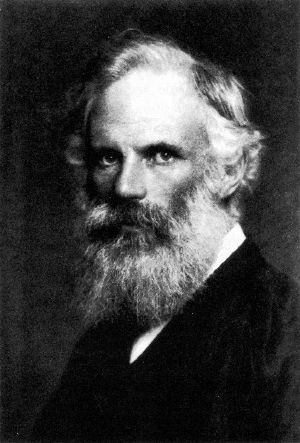 George Francis FitzGerald (August 3, 1851 – February 22, 1901) was an Irish professor of "natural and experimental philosophy" (that is, physics) at Trinity College, Dublin, in the late nineteenth century. He postulated a shortening in the length of a moving body in the direction of motion—a postulate that became known as the Lorentz-FitzGerald contraction. He was also the first to suggest equipment and methods capable of generating electromagnetic waves. He postulated that the speed of light is the maximum that can be achieved, 15 years before Einstein made a similar proposal—the basis for his theory of relativity. It appears, however, that Fitzgerald was not well organized in his research, which may have prevented him from developing a detector of radio waves, despite his original five-year lead over Heinrich Hertz, who later accomplished the task.

FitzGerald was born at No 19 Lower Mount Street in Dublin on August 3, 1851, to the Reverend William FitzGerald and his wife Anne Francis Stoney. Rev. FitzGerald was professor of moral philosophy in Trinity and vicar of St Anne's, Dawson Street at the time of his son's birth. He was consecrated Bishop of Cork in 1857, and translated to Killaloe in 1862. FitzGerald's mother was the sister of George Johnstone Stoney, who in the 1870s estimated the charge of an elementary particle of electricity, calling it "the electron." Naturally, Stoney exerted an important formative influence on FitzGerald's early development.

FitzGerald and two of his brothers, William and Maurice, were educated by tutors in their youth, one of whom was the sister of celebrated mathematician George Boole. When he was 16, FitzGerald entered Trinity College in Dublin. He was proficient not only in technical subjects but also in the field of sports, in which he was an active participant. FitzGerald graduated at the top of his class in mathematics and science in 1871, and set on a program of reading to compete for a fellowship at Trinity, during which time he familiarized himself with the works of Joseph Louis Lagrange, Pierre-Simon Laplace, and Simeon-Denis Poisson. He secured the fellowship he had sought in 1877, and began tutoring at Trinity. In 1881, he was elevated to Erasmus Smith Professor of Natural and Experimental Philosophy, a position that he held until his death.

Fitzgerald published his first paper in 1876, explaining a finding by John Kerr that the polarization of light is affected when light is reflected against the pole of a magnet. Michael Faraday had many years before shown that the plane of polarization of light is rotated in the presence of a magnetic field. FitzGerald wanted to explain both phenomena in terms of James Clerk Maxwell's theory of electromagnetism.

In 1878, Fitzgerald expanded on his ideas, submitting a paper, which he admitted was loosely put together, and which was reviewed by Maxwell. It attempted to explain the optical properties of light in terms of electromagnetic theory. The results of Maxwell's review reached FitzGerald in November of 1879, a few days after Maxwell's death.

One of the effects of Fitzgerald's research was to demonstrate that Maxwell's theory could not be interpreted as a deformation of a material medium of any kind, a view that two other important contributors to the field, George Gabriel Stokes and William Thomson, still clung to. Fitzgerald's work was later credited with having paved the way for an explanation of various optical and electrical phenomena that to be fully appreciated would require an understanding of the electron.

FitzGerald was one of a group that became known as the "Maxwellians," the others being Oliver Lodge, Oliver Heaviside, and Heinrich Hertz. FitzGerald was a leading figure among the group of Maxwellians who revised, extended, clarified, and confirmed Maxwell's theory of the electromagnetic field, with some significant changes, in the late 1870s and 1880s.

FitzGerald met Lodge in 1878, and the two exchanged ideas and correspondence. In extending Maxwell's theories, Lodge wanted to demonstrate that visible light could be generated from rapid electromagnetic oscillations, although he was not sure how it could be done. FitzGerald discouraged Lodge from this pursuit, and published two papers in 1879 and 1880 indicating that it was not possible to produce such waves.

Fitzgerald's viewpoint changed when he realized that "action at a distance" theories of electromagnetism were not completely equivalent to Maxwell's equations, even though Maxwell said they were, as they did not include a "displacement current" that Maxwell said should exist even in a vacuum. In 1883, FitzGerald proposed testing Maxwell's theories by looking for electromagnetic waves produced through an oscillating circuit. He predicted that such oscillations could be produced by the discharge of a "capacitor," a device comprising two conducting plates separated by an insulator and capable of storing an electric charge. Fitzgerald developed a measure of the power that would be radiated by electromagnetic waves, and suggested the design of a rudimentary transmitting antenna. But he did not have a way of detecting the waves, and therefore could not verify his predictions. Lodge and FitzGerald were fond of producing mechanical models for teaching purposes that demonstrated the propagation of electromagnetic waves in space.

It was not until the experiments of Heinrich Hertz in 1888, and independently by Lodge around the same time, that the electromagnetic waves predicted by FitzGerald were finally detected.

FitzGerald married Harriette Mary Jellett in 1885. She was the daughter of the Rev. John Hewitt Jellett.[1] The couple had eight children.

In 1889, FitzGerald addressed a brief letter to the American journal, Science, in which he postulated that if all moving objects were foreshortened in the direction of their motion, it would account for the curious result of the Michelson-Morley experiment, which failed to detect the motion of the earth relative to the ether that was assumed as a medium for carrying light waves. FitzGerald based his idea in part on the way electromagnetic forces were known to be affected by motion; in particular, he drew on equations that had been derived a short time before by his friend Oliver Heaviside. The Dutch physicist Hendrik Lorentz hit on a very similar idea in 1892, and developed it more fully in connection with his theory of electrons. The so-called Lorentz-FitzGerald contraction hypothesis was addressed by Albert Einstein's special theory of relativity, published in 1905. Also in 1889, FitzGerald was led to postulate the speed of light as the upper limit of any speed.

FitzGerald's letter was later cited in the work of both Lodge and Lorentz, thus ensuring that FitzGerald's name would be memorialized for what he would likely not have regarded as his greatest achievement.

In the 1890s, Fitzgerald actively promoted the introduction of scientific subjects into the Irish secondary school curriculum. He also supported the idea of government funding of science in universities, in opposition to those who believed it would pose a challenge to the independence of Ireland's educational institutions. In 1898, FitzGerald was appointed a commissioner of education, and in 1900, to the board of intermediate education.[2]

FitzGerald was one of a number of scientists who sifted through the works of James Clerk Maxwell and managed to salvage its salient points while making important additions and alterations. Maxwell himself did not predict the generation of electromagnetic waves, but was content with identifying light as having an electromagnetic nature. FitzGerald and his colleagues attacked the issue of electromagnetic propagation head on, leading to Heinrich Hertz's important experimental verification of its existence.

Without believing in Maxwell's unique exposition of electromagnetism, which even Maxwell failed to understand completely, the "Maxwellians," as they were called, FitzGerald included, could not have set the stage for the discovery of radio waves and Einstein's theory of relativity, both of which appeared within a quarter century of Maxwell's death.

FitzGerald might have accomplished more had he been meticulous in the composition of his papers and in the organization of his research. The work he submitted for review by Maxwell in 1879 was, by his own admission, not well organized. Not only did he fail to keep a copy of the paper, but he was also unable to remember what was in it. Perhaps similar work habits prevented him from finding a detector of the radio waves he was certain he knew how to produce, even though he had a five-year lead over Hertz, who would later solve the problem. This failure is hardly understandable except as the result of a peculiar personality trait.

Retrieved from https://www.newworldencyclopedia.org/p/index.php?title=George_FitzGerald&oldid=1085989
Categories:
Hidden category:
This page was last edited on 6 November 2022, at 15:45.
Content is available under Creative Commons Attribution/Share-Alike License; additional terms may apply. See Terms of Use for details.