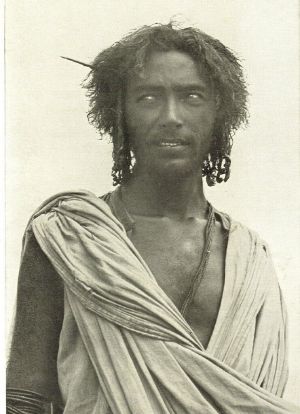 The Djiboutian Civil War (also known as the Afar Insurgency) was a conflict in Djibouti between the People's Rally for Progress (RPP) government (predominantly Ciise in ethnicity) and the predominantly Afar rebel group, the Front for the Restoration of Unity and Democracy (FRUD). This civil war broke out in 1991 as a reaction to the lack of Afar presence in the government (despite being the first largest ethnic group in Djibouti at 58 percent, behind Somali clans like the Ciise who comprise about 35 percent). FRUD signed a peace accord with the government in December 1994, which introduced a new power-sharing arrangement. Although some insurgents kept fighting until May 2001, a foundation on which peace and stability could be built had been created. FRUD members joined the cabinet, and in the presidential elections of 1999 the FRUD campaigned in support of the RPP.

However, the war and the flow of Somalian refugees from the Somali Civil War into Djibouti continues to damage economic recovery. The government of Djibouti has played a leading role in trying to create stable government in Somalia, launching a peace-process in 1999. French peace-keepers did intervene in early 1992 but it was the parties themselves who decided to shift from a military to a diplomatic solution, opting to share power. Willingness to address the causes of resentment and to make adjustments and compromise has radically changed the political landscape. Cabinet posts are now evenly shared; the President is from one community, the Prime Minister from another. Had the two sides continued to fight, without entering negotiation, it is likely that one side would have emerged as the winner, the other as the loser. In such circumstances, the winner would probably not have chosen to address the concerns of the loser. Inequality would have continued. The loser would resent their defeat and wait for an opportunity to take revenge. In this way, one war more often than not leads to another as violence perpetuates itself. The Djiboutian people deserve a great deal of credit for choosing the path of negotiation, and for trying to share their experience with their neighbors whose country is also devastated by conflict and rivalry fueled by economic inequality and social injustice.

The small north-east African state of Djibouti (population under 500,000) was part of the Greater Somalian region ruled by Emirs and Chiefs. In 1862, the French purchased territory on the coast. On the Gulf of Aden, this was strategically based for French commercial and military purposes. This coastal town was later expanded as the French colony of Afars and the Issas. In 1888, the British and the French reached an agreement about the border between their respective Somalian territories. French interest in the region was to counter increased British power. In the early nineteenth century, the French completed a railroad linking Djibouti with Ethiopia, and facilitating trade. In 1957 the colony became a department of France, with its own elected legislature. In a 1966 referendum of whether to continue as a French overseas department, 60 percent of the population voted yes. However, an independence movement began to gather momentum over next decade and when a referendum was held in 1977, the majority voted to severe the political association with France. Independent Djibouti was born. However, ties with France remain strong. The largest overseas French military base is located there. There is also a US base, the only US base in Sub-Saharan Africa.[1]

Independence saw Hassan Gouled Aptidon of the Rassemblement Populaire pour le Progrès (RPP) (People's Rally for Progress) as President. In 1981, he changed Djibouti into a one party state. Aptidon privileged his own clan, the Issa. Members of the Afars community felt excluded and discriminated against. Multiple party elections were held in 1993, although only three parties were allowed to enter candidates: the Rassemblement Populaire Pour le Progres (People's Rally for Progress) (RPP), the Parti du Renouveau Democratique (The Party for Democratic Renewal) (PRD), and the Parti National Democratique (National Democratic Party) (PND). Only the RPP and the PRD actually contested elections because the PND withdrew, claiming that the election was rigged. In the election, only half of eligible voters cast ballots and the RPP won every single seat.

By November 1991, civil war has started. The Front for the Restoration of Unity and Democracy (FRUD), representing the Afar community, began to attack government forces in a war that devastated the country over the next three years. French peace-keepers arrived in 1992, after which there was a cease-fire until insurgency resumed in February 1993.

During 1993, Hassan Gouled Aptidon began to revise his government, creating a balance between Issas and Afars. By December 26, 1994, the main faction of FRUD entered a peace agreement with the government. By 1995, seven FRUD members were serving in the reorganized government. However, some FRUD members under the leadership of Ahmed Dini (a former Prime Minister, 1977-78), rejected the peace deal and continued to engage in a military insurgency.

The war itself has been described as "low intensity."[2] Skirmishes between the rebels and the army resulted in deaths of several hundred on each side. 18,000 Afars fled into Ethiopia.[3] Both sides used land mines, which claimed a total of 22 fatalities during 1999, including civilians. FRUD may have obtained weapons from sympathizers in Eritrea or from the warlords in Somalia. During the war, Djiboiuti accused Eritrea of assisting the rebels and of spreading terrorism in the region.[4]

The power sharing arrangement put in place appears to have placated the Afars. France encouraged the power-sharing arrangement but this deal can not be described as having had an external broker. One source says that France threatened to reduce aid if the government did not negotiate with the rebels.[4] It is an example of parties involved working out their differences, and finding an acceptable solution to their problems. In 1999, Ismail Omar Guelleh became President. The Prime Minister from the Afars community. Cabinet posts are roughly balanced between the two communities although the civil service is still mainly Issas. All parties took part in the 1999 elections. On May 12, 2001, Ismail Omar Guelleh signed a peace accord with the remaining FRUD rebels, officially ending the decade-long civil war. Ahmed Dini returned from exile.

The war severely damaged the economy, resulting in a drop in the per capita consumption rate (an estimated 35 per cent over the last seven years). Unemployment is 50 percent.[6] In addition, refugees have flooded into Djibouti from the war in Somalia. Djibouti is heavily dependent on foreign aid. Its location on the Gulf of Aden gives it a strategic significance, hence the French and US bases and cordial relations between Djibouti and both of these nations.

The Djiboutian Civil War received much less media coverage than have other wars in the region, especially between Ethiopia and Eritrea and the civil war in Somalia. Nor did the United Nations become involved. Willingness by the two parties to enter negotiation and to establish a power sharing government made external mediation unnecessary; indeed having successfully negotiated peace at home the Djibouti government is trying to assist its Somali neighbors. In May 2000, Ismail Omar Guelleh initiated a peace process to end the war in Somalia, inviting 2,000 Somalis from "various clans, warring factions, civil society and the population at large" to a conference at which participants agreed to work towards forming a transitional government in which all the clans would have representation, as would women.[7]

Credit goes to the Issas for realizing that peace is better than conflict and that by sharing power with the Afars, stability can be restored. The process of ensuring fair representation in government service is yet incomplete but a positive start has been made at the level of cabinet posts. At root, the Afars had a just cause. Willingness by the Issas to change the way in which they dominated the political process and governance represents a compromise that enabled the parties to negotiate for peace.

Retrieved from https://www.newworldencyclopedia.org/p/index.php?title=Djiboutian_Civil_War&oldid=1095862
Categories:
Hidden category:
This page was last edited on 15 January 2023, at 09:20.
Content is available under Creative Commons Attribution/Share-Alike License; additional terms may apply. See Terms of Use for details.