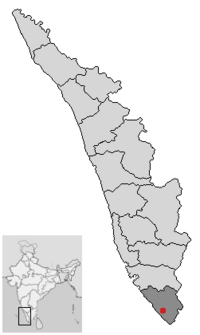 Thiruvananthapuram, located in on the southwest tip of India, has played a role in wave after wave of cultural renaissances. Remote from the traditional invasion routes in the north, and protected by the northern states that dealt with invaders first, Thiruvananthapuram and the civilizations of southern India have enjoyed the relatively free development of a Hindu-based culture. Jain, Buddhist, Greco-Roman, Christian, and Islamic influences have been present in Thiruvananthapuram and infused into painting, sculpture, literature, poetry, dance, and, more recently, film but those influences have not been imposed upon the culture. The result is a distinctively Indian cultural representation centered out of Thiruvananthapuram.

Many great poets and men of letters from ancient times lived in Thiruvananthapuram, Ayyipillai Asan (fifteenth or sixteenth century C.E.) of Avaaduthura near Kovalam numbering among them. He wrote his famous work Ramakadhapattu, which represents a stage in the evolution of the southern dialect of Malayalam. Unnayi Warrier and Kunchan Nambiar represent two of the most outstanding poets patronized by the royal family of Travancore. The reign of Maharaja Swathi Thirunal (1813–1846), the royal composer, saw the golden age of Carnatic music in Kerala. The contribution of Swathi Thirunal in the realm of music has enriched even the cultural heritage of India. Irayimman Thampi (1782–1856), a contemporary of Maharaja Swathi Thirunal, stands out as another composer of great originality and deep learning. Kerala Varma Valiakoi Thampuran, a scholar and poet, belonged to this period. 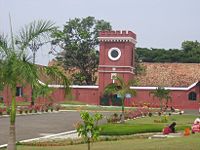 Thiruvananthapuram witnessed a cultural renaissance in twentieth century. Kerala Varma Valiakoi Thampuran (1845–1914), who spent a major part of his life in Thiruvananthapuram, translated Kalidasa’s Abhijñānaśākuntalam into Malayalam which won him the title of Kerala Kalidasa, earning him regard as the father of modern Malayalam prose.

The contributions of A. R. Raja Raja Varma (1863–1918), known as ”Kerala Panini,” marked an important stage in the development of Malayalam literature. Another notable writer, C. V. Raman Pillai (1858–1922), was a novelist par excellence. Mahakavi Kumaran Asan (1873–1924) and Mahakavi Ulloor S. Parameswara Iyer (1877–1949) emerged as the two outstanding poets from Thiruvananthapuram; Kumaran Asan standing as the true representative of the cultural renaissance. Ulloor was not only a poet but also a scholar, researcher, and historian.

Sreekanteswaram Padmanabha Pillai wrote Shabdatharavali, the comprehensive dictionary in Malayalam. The two all-time great social reformers in Kerala Narayana Guru and Chattampi Swamikal were born there. They contributed much to the Malayalam literature through their books. 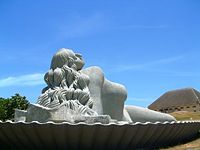 Contributions of Thiruvananthapuram to painting have been immense. The earliest of murals from the Kerala tradition had been found in a small cave-shrine at Thirunandikkara in south Travancore, now a part of Tamil Nadu. The themes of those murals evidently draw from Hindu lore, but the style closely resembles the Buddhist tradition, believed to belong come from the ninth century. Siva, Parvathi and Ganapathi number among the figures represented. Sri Padmanabhaswamy temple at Thiruvananthapuram has several murals, which belongs to the eighteenth century. The paintings at Koikal Temple at Attingal bear close resemblance to those in the Padmanabha Swami Temple, examples of sixteenth century Kerala paintings.

Raja Ravi Varma (1848–1905), an illustrious painter of the district, stands at the cross-roads of Indian art history. Ravi Varma’s contribution to Indian painting was substantial and singular, earning him official regard as a prince among painters and painter among princes by the Kerala government.[3] The Sri Chitra Art Gallery preserves some of the most famous paintings of Raja Ravi Varma. The Sri Padmanabha Swami Temple at Thiruvananthapuram has preserved the relics of the best traditions of stone sculpture in the State.

Thiruvananthapuram city possess many statues in Kerala. The statues of freedom fighters, political leaders, rulers of Travancore abound throughout the city, as well as statues in other categories such as animals and fiction.

A strong film culture prevails in the city, serving as home to animation companies like Toonz India Ltd and Tata Elxsi Ltd. The Kinfra Film and Video Park, an advanced film and animation production facilities,[4] has its headquarters near Technopark.[5]

The Malayalam film industry had been based earlier in Chennai (Madras). The Malayalam film industry slowly started to set in roots in Thiruvananthapuram towards the end of 1970s. The Kerala State Film Development Corporation (KSFDC), established in 1975 by the Government of Kerala, accelerated that re-planting. As a result, many studios and related industries started popping up in and around Thiruvananthapuram.

The International Film Festival of Kerala (IFFK), held in November/December every year, has been acknowledged as one of the leading such events in India.[6] The well-informed, serious-minded audience in the city frames the success of IFFK. Kerala State Chalachitra Academy, founded in 1998, bases their activities in Thiruvananthapuram. The city holds the largest number of theaters in the state, all within a radius of 3 km.[7] 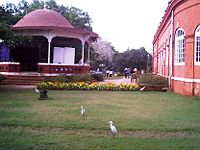 The city breaks into a festive mood during the festival season of Onam in August/September, and during the tourist season later in the year. The state government conducts the tourism week celebrations every year during Onam with cultural events taking place at various centers in the city. The other major events include the annual flower show, the Attukal Pongala, the Aaraat of Padmanabha Swamy Temple, the Beemapally Uroos, Vettucaud Perunaal, etc.

Apart from that, both government and non-government groups organize cultural festivals through out the year. The 75-day annual Soorya Festival provides an example of one of such prominent event in the city. This festival has been acclaimed as the longest running cultural festival in the world[8] and covers literature, movies, dance, music, theater and folk arts.[9] Other major annual cultural festivals include the week long Swathi Music Festival held in January, nine day long Navaratri Music fete held in September/October, 10 day long Nishagandhi Dance and Music show, and five day long Nishagandhi Musical nights, International Film Festival of Kerala.

People generally enjoy Keralite cuisine, characterized by an abundance of coconut and spices. Other South Indian cuisines, as well as Chinese and North Indian cuisines, have a popular following. Fast food culture pervades the city.

Retrieved from https://www.newworldencyclopedia.org/p/index.php?title=Culture_of_Thiruvananthapuram&oldid=1068838
Categories:
This page was last edited on 6 May 2022, at 00:00.
Content is available under Creative Commons Attribution/Share-Alike License; additional terms may apply. See Terms of Use for details.