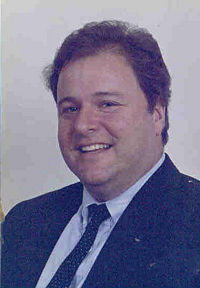 Dan Fefferman is a New World Encyclopedia Associate Editor. His contributions to NWE are on topics covering biblical studies, theology, government, politics, and music. Mr. Fefferman obtained a B.A. in Political Science from the University of California at Berkeley (1971) and studied at the Unification Theological Seminary from 1983 through 1986 receiving a M. Div. diploma. He is a veteran writer and editor in the fields of international affairs and religious studies. Mr. Fefferman has edited a number of books, including the first two editions of the English version of Divine Principle in 1973. He wrote the lyrics and composed some of the American Unification Movement's most popular songs.

He was the editor of the award-winning international affairs journal The Rising Tide in the 1970s, the World Student Times in the 1980s, and the American Freedom Journal in the 1990s. Mr. Fefferman edited and helped launch the independent Unificationist intellectual journal Currents. Recently, as director of the International Coalition for Religious Freedom, he has published the proceedings of four major international conferences on religious freedom and supervises the Coalition's award-winning website.