The Creative Commons (CC) is a U.S. non-profit corporation founded by Lawrence Lessig in 2001, devoted to expanding the range of creative works available for others to legally build upon and share. The organization has released several copyright licenses, known as "Creative Commons licenses." These licenses allow the authors to share their works more freely than those protected by traditional copyright laws. Authors can choose from a range of limited rights in between traditional copyright (all rights reserved) and public domain (no right reserved).

Creative Commons licenses are currently available in 43 different jurisdictions worldwide, with more than nineteen others under development.[1] 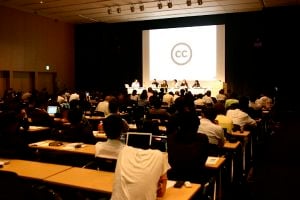 The Creative Commons licenses enable copyright holders to grant some or all of their rights to the public while retaining others through a variety of licensing and contract schemes including dedication to the public domain or open content licensing terms. The intention is to avoid the problems current copyright laws create for the sharing of information.

The project provides several free licenses that copyright owners can use when releasing their works on the Web. It also provides RDF/XML metadata that describes the license and the work, making it easier to automatically process and locate licensed works. Creative Commons also provides a "Founders' Copyright"[2] contract, intended to re-create the effects of the original U.S. Copyright created by the founders of the U.S. Constitution.

All these efforts, and more, are done to counter the effects of what Creative Commons considers to be a dominant and increasingly restrictive permission culture. In the words of Lawrence Lessig, founder of Creative Commons and former Chairman of the Board, it is "a culture in which creators get to create only with the permission of the powerful, or of creators from the past."[3] Lessig maintains that modern culture is dominated by traditional content distributors in order to maintain and strengthen their monopolies on cultural products such as popular music and popular cinema, and that Creative Commons can provide alternatives to these restrictions.[4] 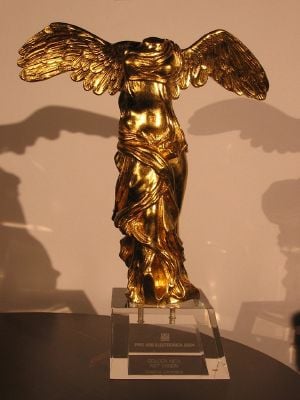 The Creative Commons licenses were pre-dated by the Open Publication License and the GNU Free Documentation License (GFDL). The GFDL was intended mainly as a license for software documentation, but is also in active use by non-software projects such as Wikipedia. The Open Publication License is now largely defunct, and its creator suggests that new projects not use it. Both licenses contained optional parts that, in the opinions of critics, made them less "free." The GFDL differs from the CC licenses in its requirement that the licensed work be distributed in a form which is "transparent," that is, not in a proprietary and/or confidential format.

Headquartered in San Francisco, Creative Commons was officially launched in 2001. Lawrence Lessig, the founder and former chairman, started the organization as an additional method of achieving the goals of his Supreme Court case, Eldred v. Ashcroft. The initial set of Creative Commons licenses was published on December 16, 2002.[5] The project itself was honored in 2004, with the Golden Nica Award at the Prix Ars Electronica, for the category "Net Vision."

The Creative Commons was first tested in court in early 2006, when podcaster Adam Curry sued a Dutch tabloid who published photos without permission from his Flickr page. The photos were licensed under the Creative Commons NonCommercial license. While the verdict was in favor of Curry, the tabloid avoided having to pay restitution to him as long as they did not repeat the offense. An analysis of the decision states, "The Dutch Court’s decision is especially noteworthy because it confirms that the conditions of a Creative Commons license automatically apply to the content licensed under it, and bind users of such content even without expressly agreeing to, or having knowledge of, the conditions of the license.[6]

On December 15, 2006, Professor Lessig retired as chair and appointed Joi Ito as the new chair, in a ceremony which took place in Second Life.

The original, non-localized Creative Commons licenses were written with the U.S. legal system in mind, so the wording could be incompatible within different local legislations and render the licenses unenforceable in various jurisdictions. To address this issue, Creative Commons International has started to port the various licenses to accommodate local copyright and private law. As of February 2008, there are 43 jurisdiction-specific licenses, with 8 other jurisdictions in drafting process, and more countries joining the project.

Several million pages of web content use Creative Commons licenses. Common Content was set up by Jeff Kramer with cooperation from Creative Commons, and is currently maintained by volunteers.

This list provides a short sampling of CC-licensed projects which convey the breadth and scope of Creative Commons adoption among prominent institutions and publication modes.

The critical positions taken can be roughly divided up into complaints of a lack of:

Retrieved from https://www.newworldencyclopedia.org/p/index.php?title=Creative_Commons&oldid=1067012
Categories:
This page was last edited on 7 April 2022, at 01:18.
Content is available under Creative Commons Attribution/Share-Alike License; additional terms may apply. See Terms of Use for details.