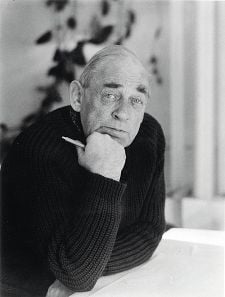 Hugo Alvar Henrik Aalto (February 3, 1898 – May 11, 1976) was a Finnish architect and designer, sometimes called the "Father of Modernism" in the Nordic countries. His work includes architecture, furniture and glassware. While Aalto is known for expressing and integrating functionalism into his buildings, it was his ability to coordinate the organic relationship between man, nature and buildings that is agreed to be the source of the characteristics of his work. Aalto spoke of his art (he called it building art) as a “synthesis of life in materialized form.”

His reputation grew in the United States following the critical reception of his design for the Finnish Pavilion at the 1939 New York World's Fair, described by Frank Lloyd Wright as a "work of genius." In his analysis of Aalto, art historian Sigfried Giedion gave primacy to qualities that depart from direct functionality, such as mood, atmosphere, intensity of life and even 'national characteristics', declaring that "Finland is with Aalto wherever he goes."

Alvar Aalto was born on February 3, 1898 in Kuortane, Finland, the eldest of three children in a middle-class family. His father was a surveyor. In 1903, the Aalto family moved to Jyväskylä. Today, the town is famous for housing about 70 buildings by Alvar Aalto, despite his having lived there for only 24 years. He studied architecture at the Helsinki University of Technology from 1916 to 1921, then returned to Jyväskylä, where he opened his first architectural office in 1923. The following year he married architect Aino Marsio. Their honeymoon journey to Italy sealed an intellectual bond with the culture of the Mediterranean region that was to remain important to Aalto for the rest of his life.

Aalto moved his office to Turku in 1927, and started collaborating with architect Erik Bryggman. The office moved again in 1933, to Helsinki. The Aaltos designed and built a joint house-office (1935-36) for themselves in Munkkiniemi, Helsinki, but later (1954-55) had a purpose-built office built in the same neighborhood. Aino Aalto died in 1949, and in 1952 Alvar married architect Elissa Mäkiniemi who lived until 1994. In 1957 they designed and had built a summer cottage, the so-called Experimental House, for themselves in Muuratsalo, where they spent their summers. Alvar Aalto died in May 11, 1976, in Helsinki.[1] 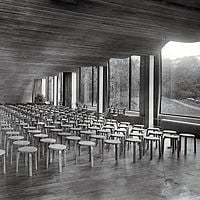 Auditorium of the Viipuri Municipal Library in the 1930s.

Although he is sometimes regarded as the first and the most influential architect of Nordic modernism, a closer examination of the historical facts reveals that Aalto (while a pioneer in Finland) closely followed and had personal contacts with other pioneers in Sweden, in particular Gunnar Asplund and Sven Markelius. What they, and many others of that generation in the Nordic countries, had in common was that they started off with a classical education and were first designing in the so-called Nordic Classicism style before moving, in the late 1920s, towards Modernism.

In Aalto's case this is epitomized by the Viipuri Library (1927-35), which went through a transformation from an originally classical competition entry proposal to the completed high-modernist building. His humanistic approach is in full evidence there: the interior displays natural materials, warm colors, and undulating lines. The Viipuri Library project lasted eight years, and during that same time he also designed the Turun Sanomat Building (1929-30) and Paimio Sanatorium (1929-33): thus the Turun Sanomat Building first heralded Aalto's move towards modernism, and this was then carried forward both in the Paimio Sanatorium and in the on-going design for the library. Though the Turun Sanomat Building and Paimio Sanatorium are comparatively pure modernist works, even they carried the seeds of his questioning of such an approach, and a move to a more daring, synthetic attitude.

Aalto was a member of the Congres Internationaux d'Architecture Moderne; attending the second congress in Frankfurt in 1929, and the fourth congress in Athens in 1933. It was not until the completion of the Paimio Sanatorium (1929) and Viipuri Library (1935) that he first achieved world attention in architecture. His reputation grew in the United States following the critical reception of his design for the Finnish Pavilion at the 1939 New York World's Fair, described by Frank Lloyd Wright as a "work of genius."

It could be said that Aalto's reputation was sealed with his inclusion in the second edition of Sigfried Giedion's influential book on Modernist architecture, Space, Time and Architecture. The growth of a new tradition (1949), in which Aalto received more attention than any other Modernist architect, including Le Corbusier. In his analysis of Aalto, Giedion gave primacy to qualities that depart from direct functionality, such as mood, atmosphere, intensity of life and even 'national characteristics', declaring that "Finland is with Aalto wherever he goes."

While Aalto is known for expressing and integrating functionalism into his buildings, it was his ability to coordinate the organic relationship between man, nature and buildings that is agreed to be the source of the characteristics of his work. Aalto spoke of his art (building art he called it) as a “synthesis of life in materialized form.” 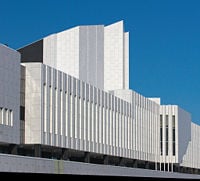 Aalto's wide field of activity ranged from the design of furniture and glassware to architecture and painting. His vase designs are world-famous. In 1932, he invented a new form of laminated bent-plywood furniture. Aalto furniture is manufactured by Artek, a company Aalto co-founded. Aalto glassware (by Aino as well as Alvar) is manufactured by Iittala. Aalto's career spans the changes in style from pre-modernism (Nordic Classicism) to purist International Style Modernism to a more synthetic and idiosyncratic approach.

"God created paper for the purpose of drawing architecture on it. Everything else is at least for me an abuse of paper." - Sketches, 1978

"We should work for simple, good, undecorated things" and he continues, "but things which are in harmony with the human being and organically suited to the little man in the street." - speech in London 1957.

Göran Schildt has written and edited many books on Aalto, the most well-known being the three-volume biography, usually referred to as the definitive biography on Aalto.

Retrieved from https://www.newworldencyclopedia.org/p/index.php?title=Alvar_Aalto&oldid=1094297
Categories:
Hidden category:
This page was last edited on 6 January 2023, at 19:09.
Content is available under Creative Commons Attribution/Share-Alike License; additional terms may apply. See Terms of Use for details.