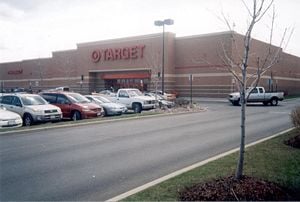 Chain stores (also called retail chains) are a range of retail outlets which share a brand and central management, usually with standardized business methods and practices. Such stores may be branches owned by one company or franchises owned by local individuals or firms and operated under contract with the parent corporation. Features common to all chains are centralized marketing and purchasing, which often result in economies of scale, meaning lower costs and presumably higher profits.

By 2004, the world's largest retail chain, Wal-Mart, was the world's largest corporation in terms of gross sales. The proliferation of chain restaurants (and other chain businesses) is becoming an increasingly controversial trend worldwide. A common concern is nation-wide homogenization of culture, low wages often paid to employees of chain restaurants, and the furthering of "suburban sprawl." In the U.S., a grass roots movement has emerged among communities and independent businesses opposing this trend.

Retail chain stores in the United States expanded in the early 1900s, but A&P grocery, Woolworth's, and Sears Roebuck had their origins in the late 1800s. In the early 1900s, mail-order companies began taking retail business from local stores, which tended to be expensive and offer limited selection. Department stores also expanded during this period, taking business from small specialty shops. In 1929, North Carolina and Indiana taxed chain stores (defined as a second store owned by a single owner), and other states followed.[1]

The Internet has led to new methods for chain store promotion and shopping. Most business chains have a website allowing customers to purchase their goods through the internet. Many restaurant chains make their menus available online for pre-purchase or browsing. Supermarkets allow their groceries to be delivered by purchase through the company's website.

There are different types of chain stores depending on the kind of products the company creates. Business chains encompass many industries, including music, clothing, and electronics stores. Restaurant chains create a different kind of consumer product than traditional business chains, and therefore operate under different guidelines.

A business chain is a network of physical business locations, which all provide similar services or products, and share a brand. They inevitably also share some degree of central management, supply chains, training programs, personnel, and so forth. They may be part of a single company or franchises, in which individual store owners license the use of the shared brand, training, and expertise. Chains of both types tend to make purchases and licensing agreements as a single entity. Even two stores or restaurants or businesses owned by the same person or group can constitute a local chain. Several large chains are among the largest retail businesses in the world.

A restaurant chain is a set of related restaurants, usually with the same name in many different locations either under shared corporate ownership or franchising agreements. Typically, the restaurants within a chain are built to a standard format and offer a standard menu. Fast food restaurants are the most common, but there are also midscale upscale establishments. Restaurant chains are often found near shopping malls and tourist areas.

Below are some examples of business and restaurant chains:

Advantages and Disadvantages of Chain Stores

As chain stores have become established in towns and cities everywhere, some lament the loss of the small "mom and pop" shops that may be unable to compete with the larger outlets. On the other hand, chain stores can prove beneficial to the local community by offering a wide variety of products and services, job opportunities, and lower prices.

Chain stores create an unprecedented convenience for contemporary society. They consistently carry the same merchandise. An electronics store will have the same stock in one location as it does in another location, making them recognizable and dependable. Large chain stores carry many items in one place, becoming a primary store for all necessary products.

Chain stores can also launch innovative new products with a higher chance of success due to customer traffic and in store advertisements. Franchises can also bring local products to different areas: a product made popular in a set location has the ability, through chain stores, to reach a much wider audience. These companies also increase economic competition; various franchises will compete with each other by lowering prices, much to the benefit of the customer.

Chain stores can be seen as a representation of a consumer driven capitalist society. They stock commodities that come to define social status, making chain stores social institutions that shape the cultural landscape. Thus, while they may sell products that consumers need and want, they are also responsible for telling consumers what they need and want.

It can be argued that the standardized products which result from such centralization are culturally detrimental; for example, chain music stores are frowned upon by some for stocking works of more popular music if they exclude less well-known, usually independent artists. Critics of chains also allege that they are economically damaging to communities because they extract capital that otherwise would recirculate in the local economy with independently owned businesses.

Locally owned stores, even if they do charge more for what they sell, may be better for a town than chain stores, because local owners are more involved in civic affairs and they conduct more of their own business locally.[2]

Chain stores have been criticized for eroding community character and weakening local economies. Communities once had small independent stores which were run by members of that community. These stores are being displaced by massive strip malls and franchises. Tax incentives and development subsidies are frequently given to national chains that promise local politicians new tax revenues. Major chains aim to replace independent businesses and take the customers and revenue. Ideas that chain stores bring in new community revenue are faulty, chain stores simply take money consumers would have spent at other stores. Without competition many large stores become inefficient and in a few years do not meet national standards. Then that store may close, leaving an empty building and an opportunity for new businesses to once again come in.[2]

The displacement of independent businesses by chains has generated controversy in many nations and has sparked increased collaboration among independent businesses and communities to prevent chain proliferation. Such efforts occur within national trade groups such as the American Booksellers Association[3] and Council of Independent Restaurants of America as well as community-based coalitions such as Independent Business Alliances. National entities like the American Independent Business Alliance[4] and The New Rules Project[5] promote these efforts in the U.S. In Britain, the New Economics Foundation promotes community-based economics and independent ownership.[6] Studies have also suggested that the probability of success with opening an independent non-franchise business is greater than opening a franchise business. While there may be more franchises to contend with, the presence of the independent business is also a draw for the consumer.[7]

Large chain stores carry more general merchandise than a small independent store; instead of specializing in one area, they have multiple brands for a variety of items. This can be seen as an efficient way to attract customers to a store by offering a lower price and a variety of brands in one place. Chain stores are also welcomed by some members of society because they create new jobs for people who were not employed by the small stores. Sometimes they are welcomed by the owners of the small stores because they pay them an inflated price for their store just to eliminate it and its competition.